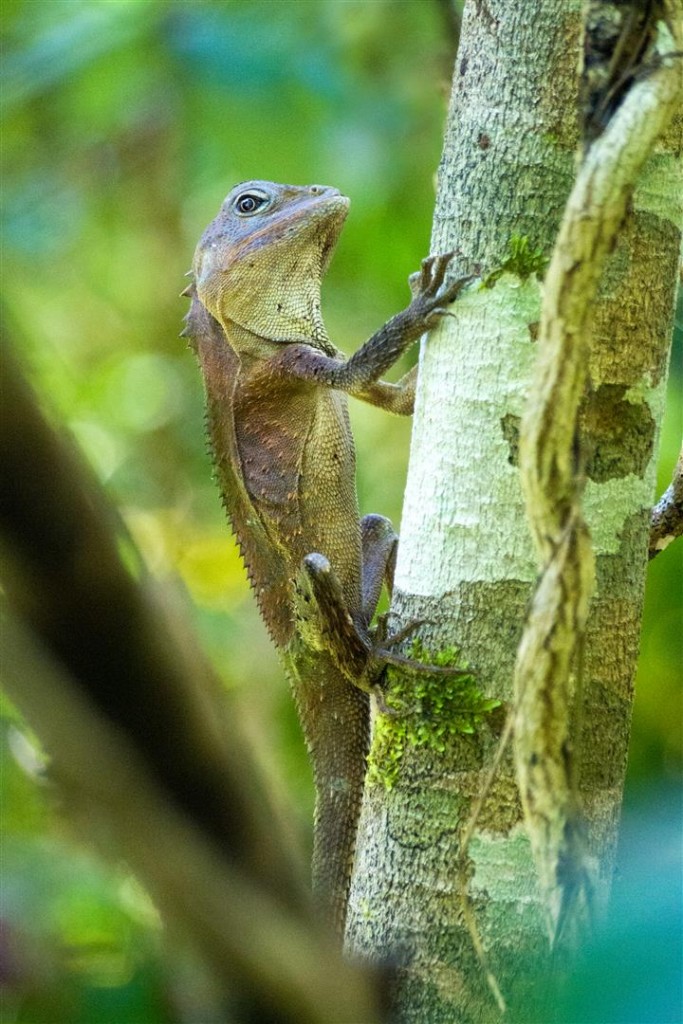 The Southern Angle-headed Dragon is found in sub-tropical rainforests in south-eastern Queensland north to the Gympie area and in northern New South Wales. This small, well-camouflaged reptile likes to perch on the trunks of trees where light penetrates to the forest floor, such as at edges of creeks and tracks. Southern Angle-headed Dragons eat insects and arthropods, such as centipedes and spiders. In December, females lay up to seven eggs in shallow nests in clearings, and there is evidence of communal nesting. Photo R. Ashdown. 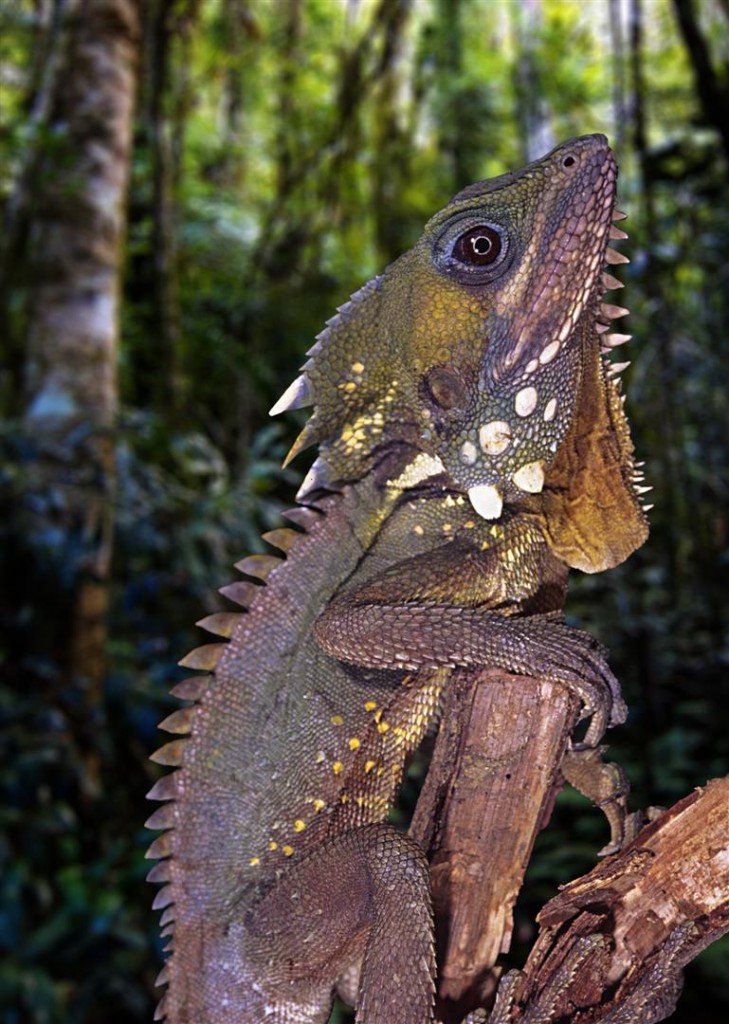 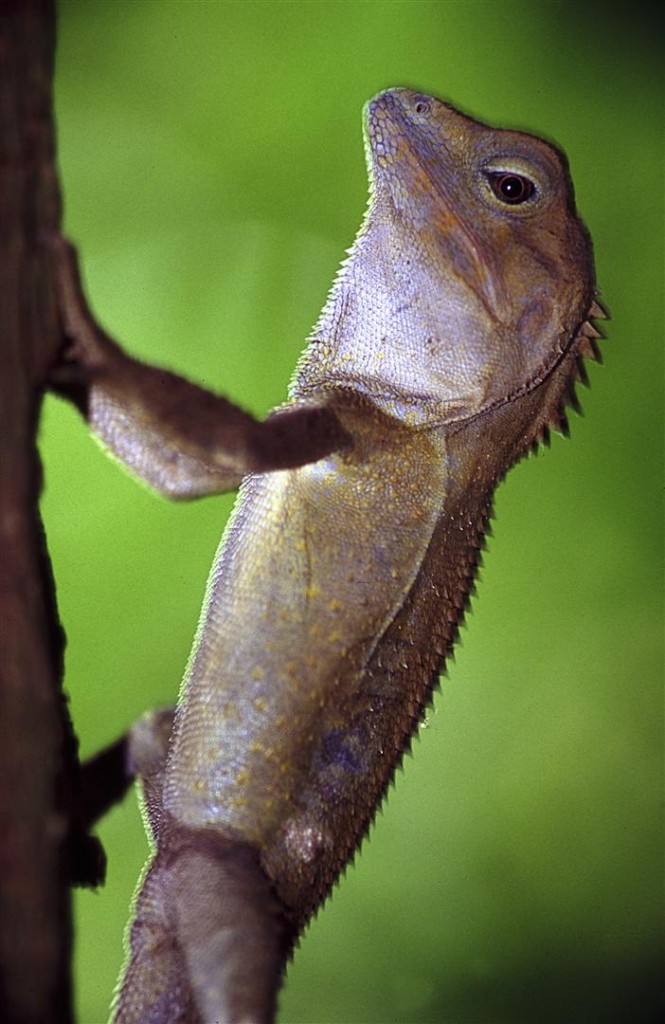 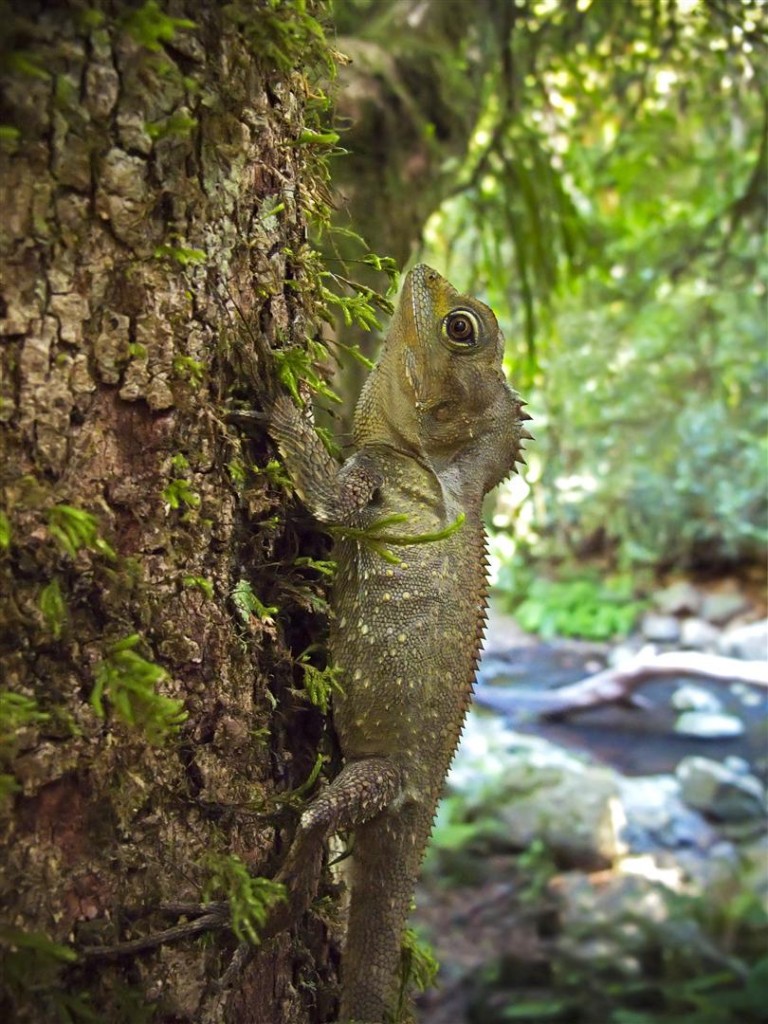