The summer of 2011-2012 was hot and wet. Great for frogs, insects, reptiles and all sorts of things. I had the good fortune to be invited on a dragonfly-hunting expedition to some rarely-flowing creeks near Rockmount, just down the hill to the east of Toowoomba. 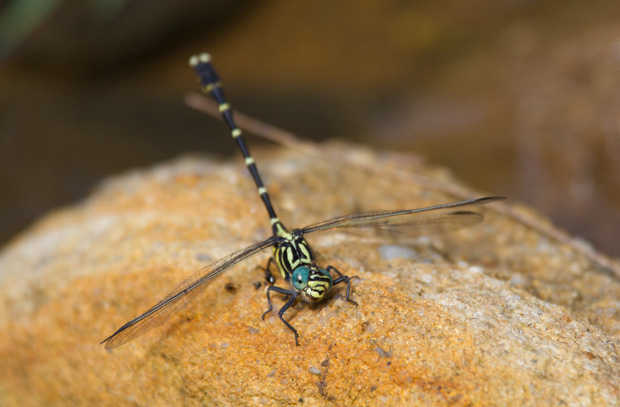 Jade Hunter (Austrogomphus ochraceus). Challenging the intruder to his patch of creek, or just curious? All photos Robert Ashdown.

Rod Hobson and Barry Kenway — fans of the fluttering insects belonging to the order Odonata — were spotting species that hadn’t been seen locally for a while, or at all. They were especially keen to spot some ‘rockmasters’ —  large and spectacular damselflies. 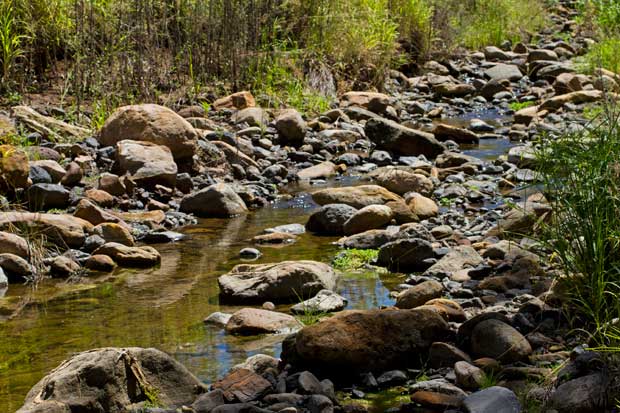 The creeks were alive with insect life, and it was very enjoyable just sitting with the camera trying to snare images of things as they flashed past. 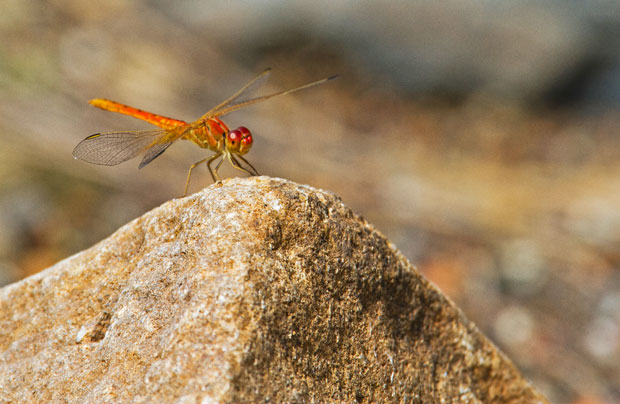 Scarlet Percher (Diplacodes haematodes). One of about 300 Australian species in the order Odonata. 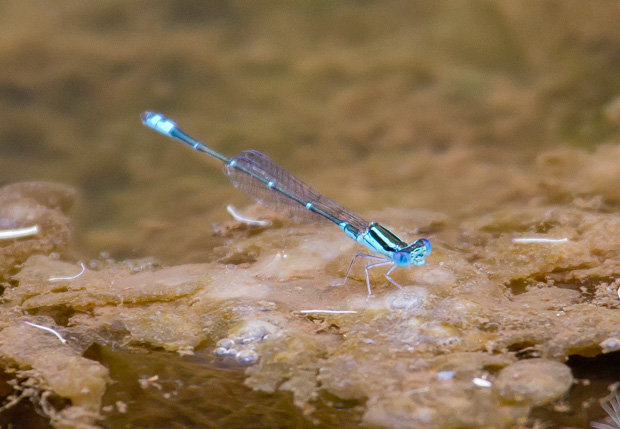 The Eastern Billabongfly (Austroagrion watsoni) is a damselfly. The order of primitive insects known as the Odonata is divided into two sub-orders — the damselflies (Zygoptera) and the dragonflies proper (Epiproctophora or Anisoptera). 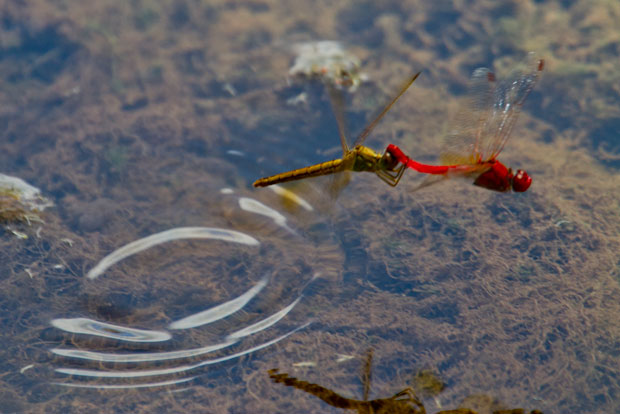 Scarlet Perchers (Diplacodes haematodes). After mating some dragonflies remain joined and egg-laying is completed in tandem. Dragonfly females lay from 400 to 2000 eggs (depending on species). 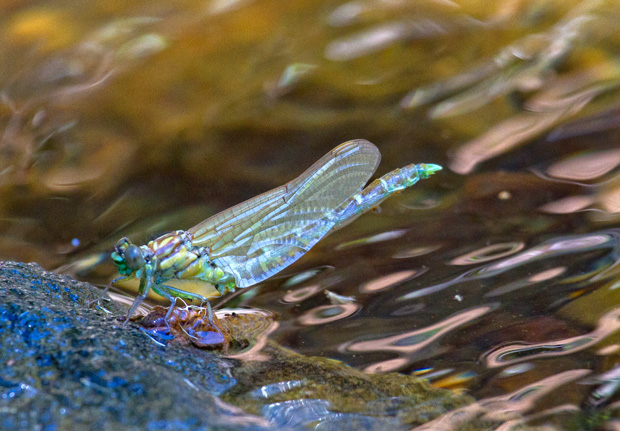 A newly-emerged adult dragonfly (the brown ‘shell’ of the larvae — or exuvia — can be seen below). The adult has taken about an hour to emerge, but will then only stay around long enough for its wings to dry. Adults usually live from one to three months. 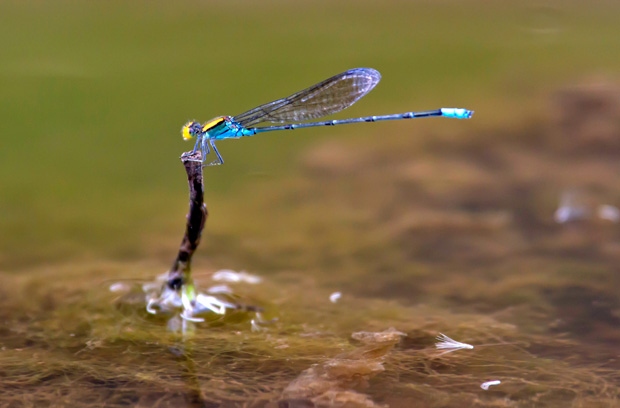 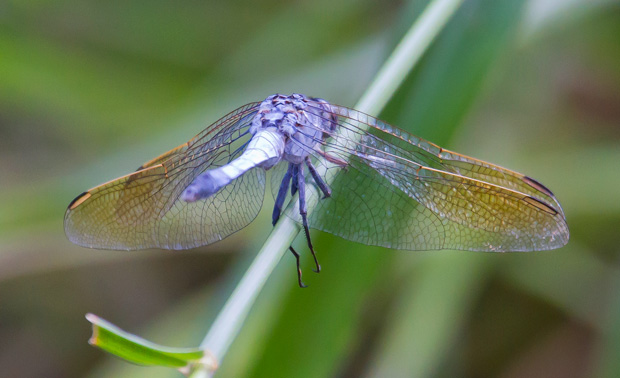 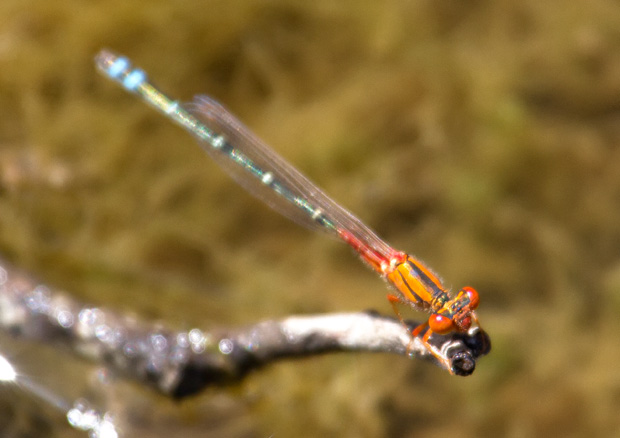 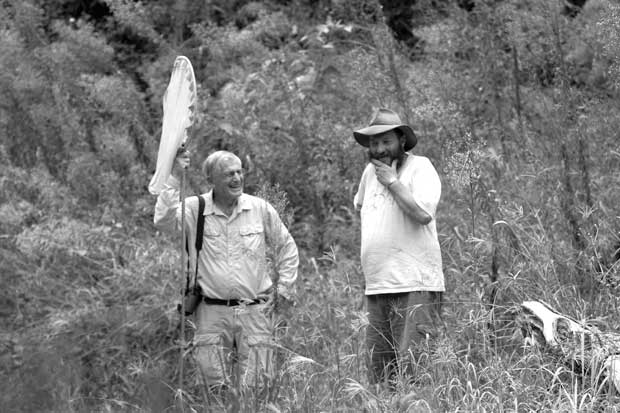 Barry Kenway and Rod Hobson enjoying some time in the bush. Where are those rockmasters?

All very nice, but what about the elusive rockmasters? In the end we found two species — the Arrowhead and the Sapphire Rockmaster. There are only five species of these large damselflies in Australia.

It was a challenge and a joy trying to capture images of these dazzling blue jewels as they patrolled their territories. 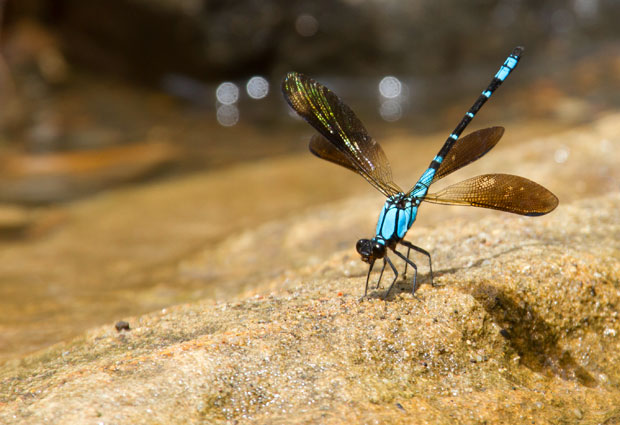 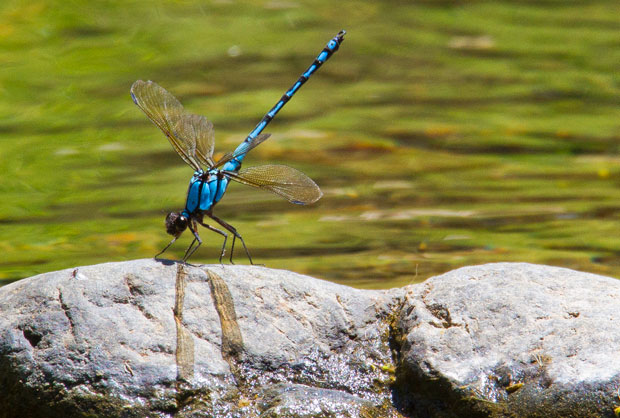 2 thoughts on “Rockmasters and other legendary dragonflies”