A birdbath is always an entertaining way to get a close look at your local birds, especially in summer. Some naturalists have even suggested that, given the recent prolonged drought, birdbaths may be of great importance for the survival of many avian species*. A constant source of water is always welcomed by backyard birds, especially in recent 30°C+ days.

Friends Raels and Kim have enjoyed watching a wide range of species visit their luxury birdbath in recent hot weather. 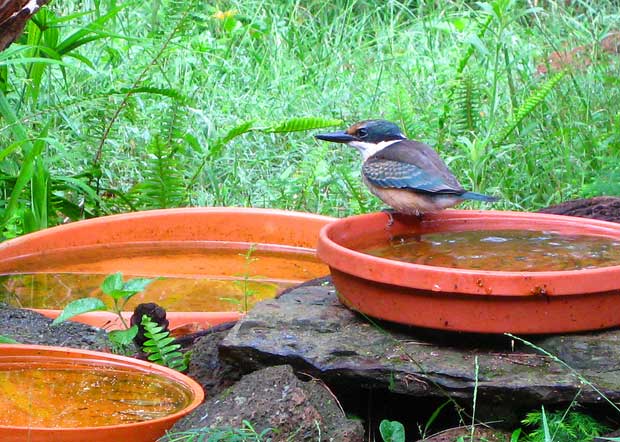 Even better — a pair of kingfishers! The nearest bird still has its nictitating membrane across its eyes after emerging from the water. This a translucent membrane that can be drawn across the eye to protect it while allowing vision. Wonder why humans don’t have such a useful device? Hmm  … it appears we once did — the sliver of film in the inner corner of a human eye, known as a plica semilunaris is thought to be the vestigial remnant of a nictitating membrane. Photo Raelene Neilson.

Kim, being experienced in reinventing things for the better, decided to hack the software on his Canon Ixus 80IS (see CHDK link below) so that any movement would trigger the shutter. As it was raining he rigged this expensive and high-tech all-weather cereal-packet shield (available on special order for those who can afford it), then set it up at the bird-bath. 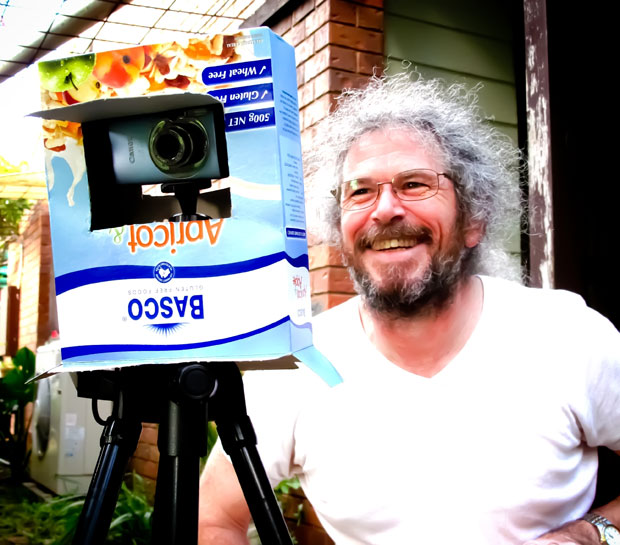 The results were magic. The camera captured a range of species enjoying the cool retreat of the shaded water. I’ve created a composite single image from about ten of the motion-triggered photos to give an idea of the activity that the bath attracts in a short period of time. This composite image shows Lewin’s Honeyeater, Yellow-faced Honeyeater, White-browed Scrubwren and a White-naped Honeyeater. 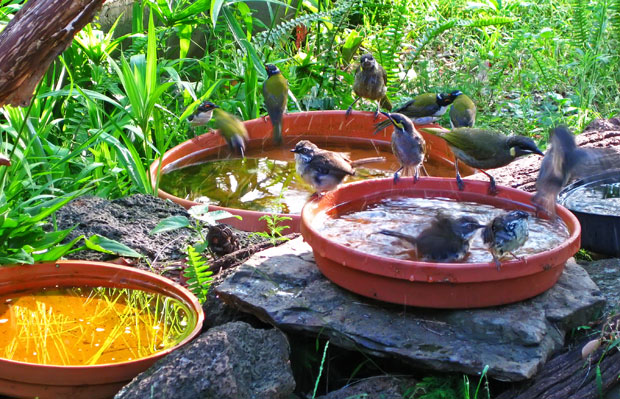 Composite image of a series of motion-triggered photos at the backyard birdbath. Composite of images by Kim Anderson.

3 thoughts on “Wild times at the bird bath”