Black Kites have continued to hang around Toowoomba in great numbers, with huge flocks seen swirling above the local tip. A couple of dodgy images taken on my mobile phone. 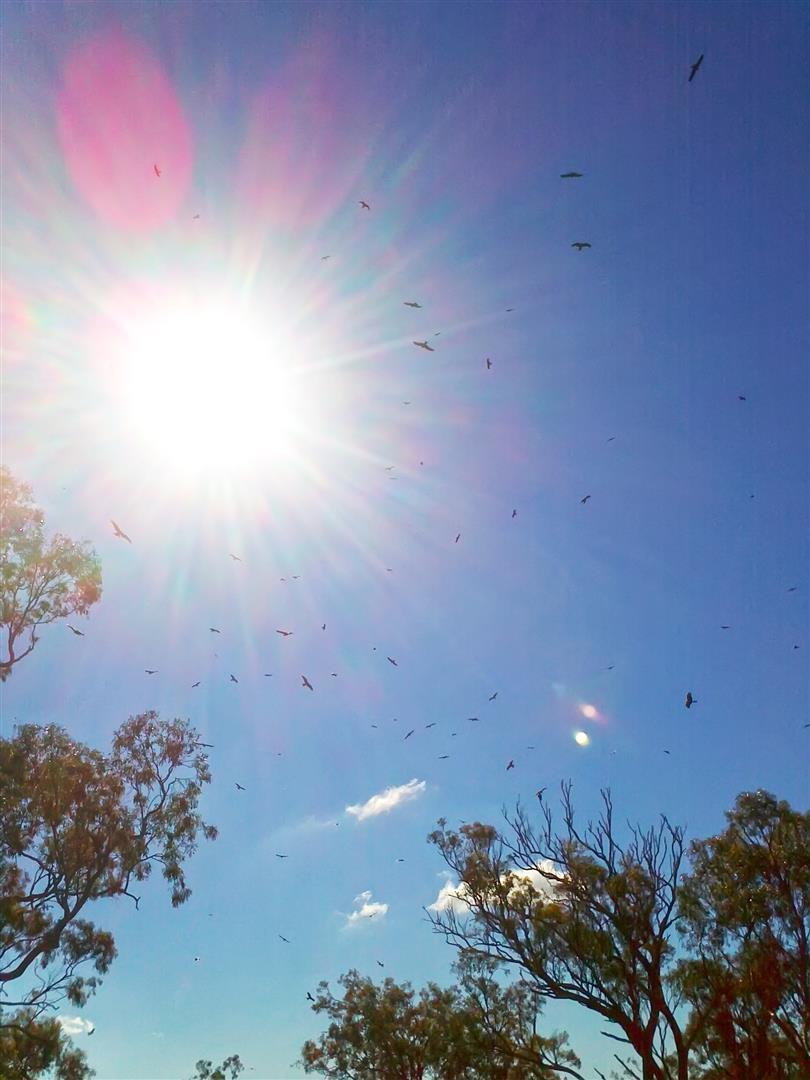 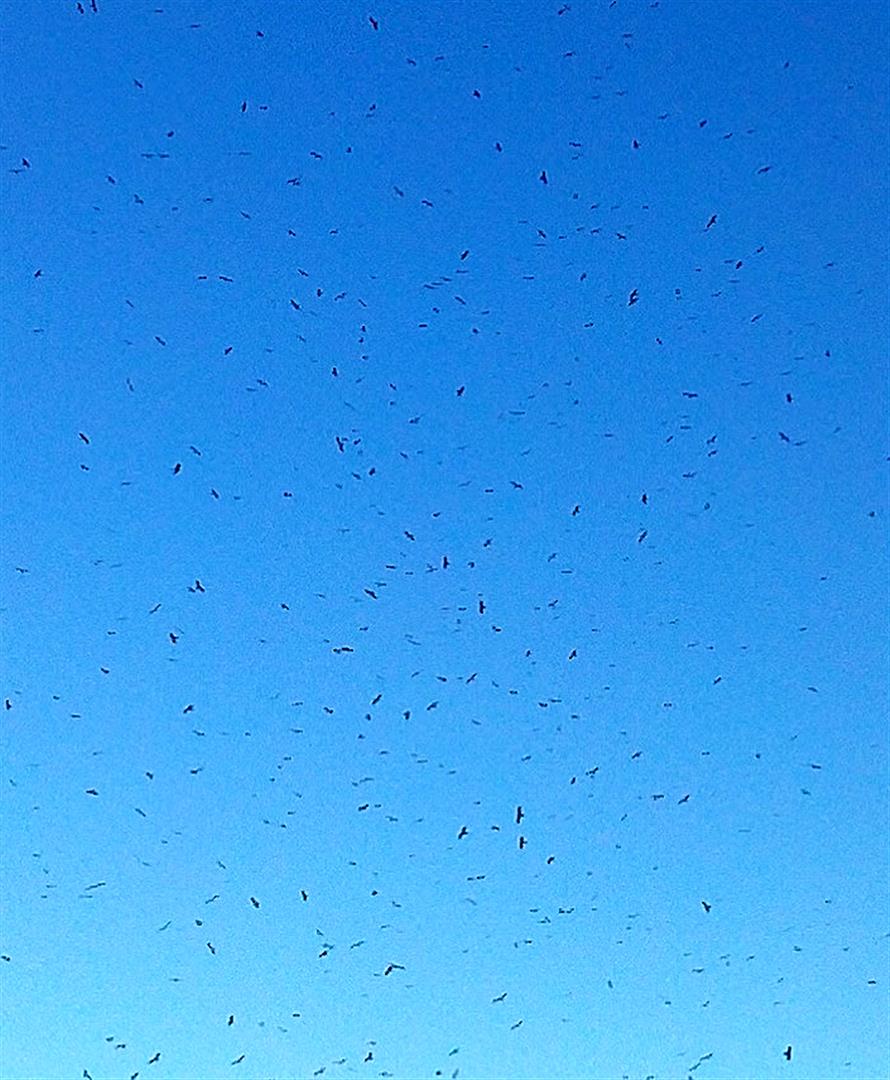 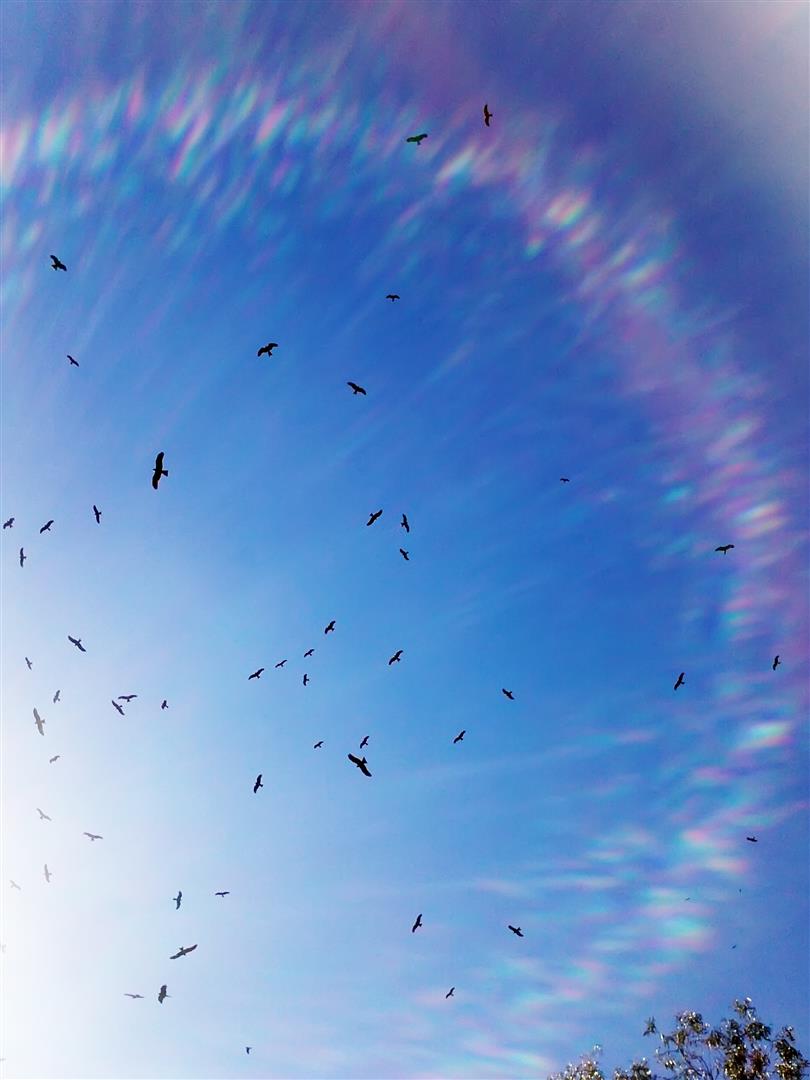 For more on Black Kites see my April 2013 post.

After doing our western jaunt for the raptor census, Olive, Kylie, Claire Hanney and I caught the spectacle Saturday around 5pm along Hermitage Rd when hundreds and hundreds of kites were streaming in to roost.  It’s surreal and exactly as Pat described; like a huge mob of decamping flying-foxes. It is a must see. You just can’t comprehend the scale of it unless you’re standing there trying to count them. With so many birds in flight – many below the treeline and obscured by the buildings — it was incredibly hard to do so but 3000+ would be my conservative estimate.