Last month good mate and local guru of all things of the bush Rod Hobson alerted me to the presence of some Ghost Fungi on the Toowoomba escarpment.

Says Rod, “I was walking the mutt around the base of Picnic Point this afternoon when I came upon several large clusters of a fungus growing along an old fallen and decaying eucalypt trunk. Although they were of a fairly nondescript appearance they reminded me of the Ghost Fungus (Omphalotus nidiformis) that I was familiar with from the rainforest around Central Station on Fraser Island. This species is very interesting as, at night, it glows with a very conspicuous greenish-white luminescence, which belies its drab diurnal appearance.”

They were indeed Ghost Fungi, and having been all over the place lately capturing images of local fungi, I was keen to get some shots of these. I accompanied Rod that afternoon to photograph the Ghost Fungi in the daylight (first image, left), then returned that night and took some ten-minute exposures (first image, right, and second image). I’m glad I did, as Rod reported that they were pretty much dead, and all out of their mysterious green light, within the next two days. 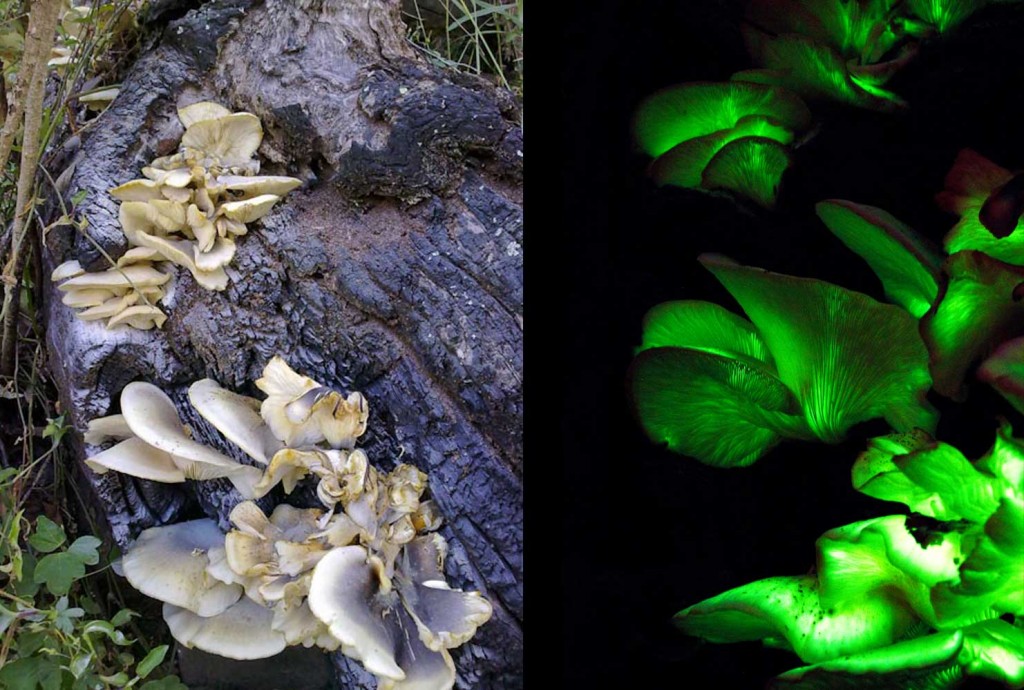 The Ghost Fungi during the day (left), and quietly glowing at night (right). 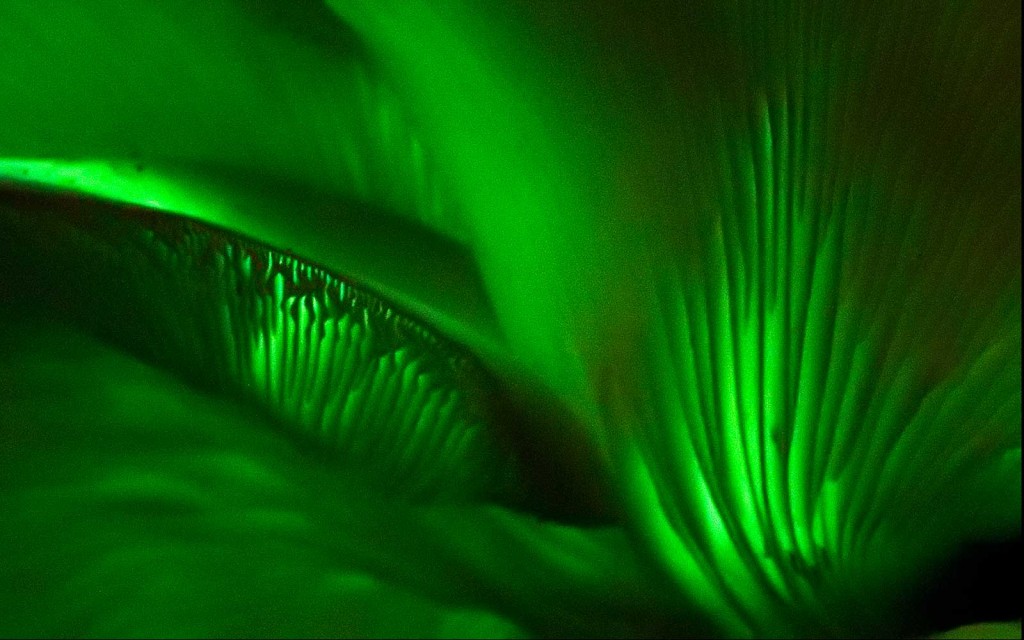 The Ghost Fungus is a saprophyte. The luminescence is caused by a chemical reaction between enzymes in the fungus and oxygen. It’s widely distributed, being known from coastal and subcoastal areas of southern Queensland, New South Wales, Victoria and South Australia, and is also found in Tasmania and the south-west corner of Western Australia. (info courtesy Rod Hobson)