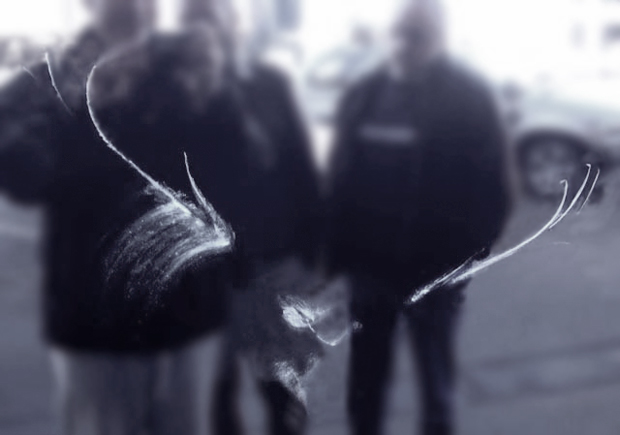 The word ‘ghost’ appears again in my dodgy blog, what’s going on? I’m developing a fascination with the supernatural … or not.

This image was discovered on our front window at work one morning, on a main street of Toowoomba. It isn’t a ghostly apparition, it’s powder down left on the glass by a Tawny Frogmouth (Pogardes strigoides). The bird wasn’t dead on the footpath, so hopefully it survived its run-in with the glass.

Often mistaken for owls, Tawny Frogmouths are a member of the bird order Caprimulgiformes, which includes four families of related species, including oilbirds, owlet nightjars, potoos and nightjars. They are common nocturnal birds in our town, seldom seen but sometimes heard (their call is a quiet ‘oom, oom, oom’) and I sometimes find them dead on the roads in the morning after they’ve bit hit by cars— they are largely insectivorous and too often hang around streets in search of insects attracted to streetlights. 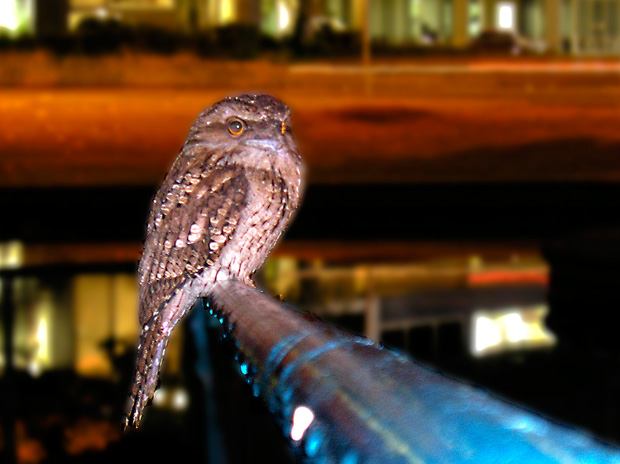 A Tawny Frogmouth near the centre of Toowoomba. While they are nocturnal birds, frogmouths are not owls. They are sometimes called Mopokes, a mistaken reference to Boobook Owls, which are the night birds that make the ‘mopoke’ call. Unlike owls, frogmouths have short, weak legs and feet. These birds have adapted well to urban areas in Australia. Photo R. Ashdown. 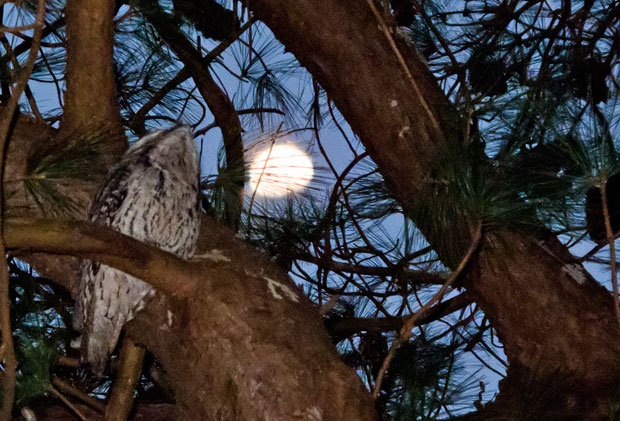 Unlike most other birds, tawny Frogmouths do not have preen (oil) glands. Instead, they have two large patches of powder-down on each side of their rump that helps make their feathers waterproof. With some bird species, the tips of the barbules on powder down feathers disintegrate, forming fine particles of keratin, which appear as a powder, or “feather dust”, among the feathers. In other species, powder grains come from cells that surround the barbules of growing feathers. 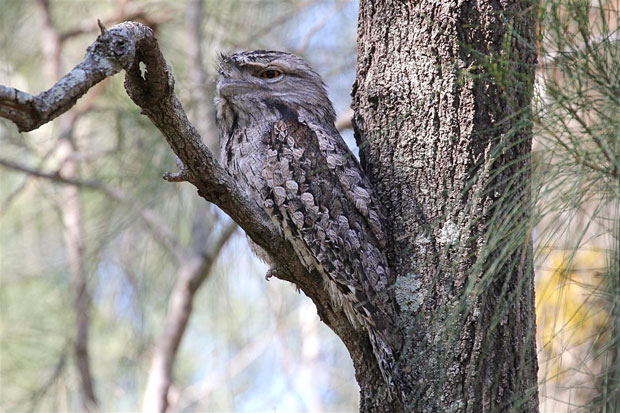 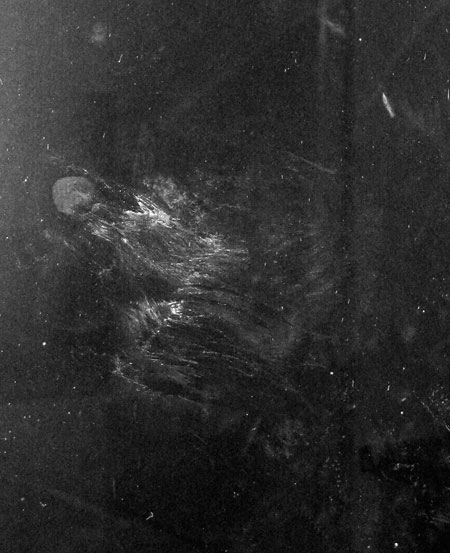 The recent extraordinary powder-down silhouette left on a window by a tawny owl (Stric aluco) in England made it onto at least ten blogs and news sites in July this year.

“For the Unholy Underpants of Voldemort, what bollocking sorcery is this?” That’s probably what Sally Arnold thought when she arrived to her house and saw this perfect image of an owl over the window. How did this spookiness happen? See the extra-spooky image here or even here.

2 thoughts on “Wings in the night”