How could you not like a spider with a name like Ogre-faced? I found this ogre, more commonly known as the Net-casting Spider (Deinopis subrufa), lurking on a fence facing a busy suburban street. 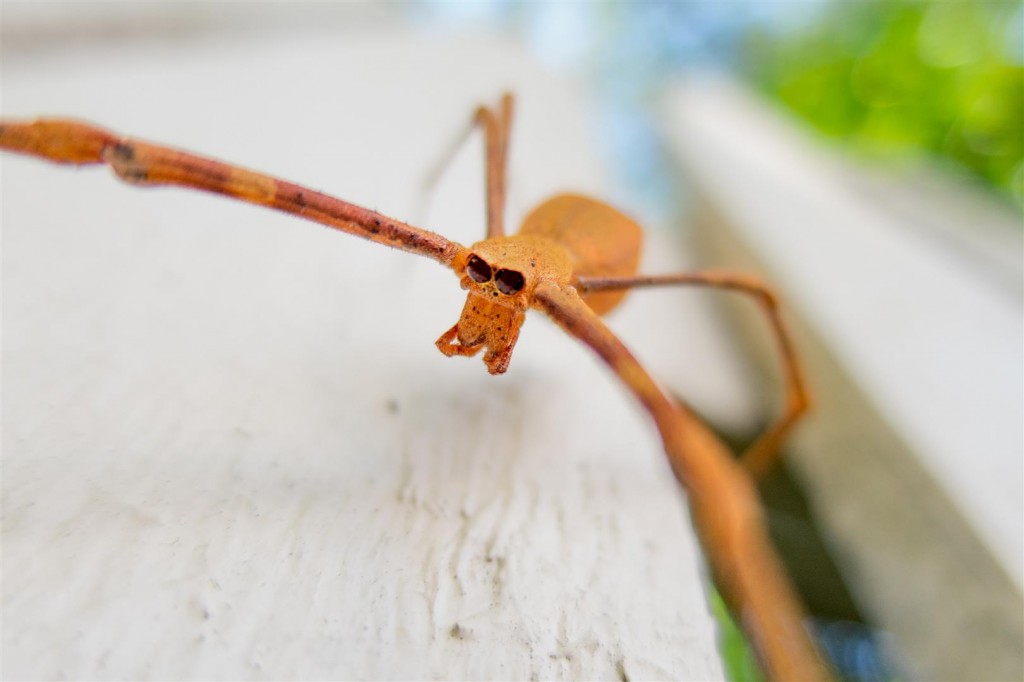 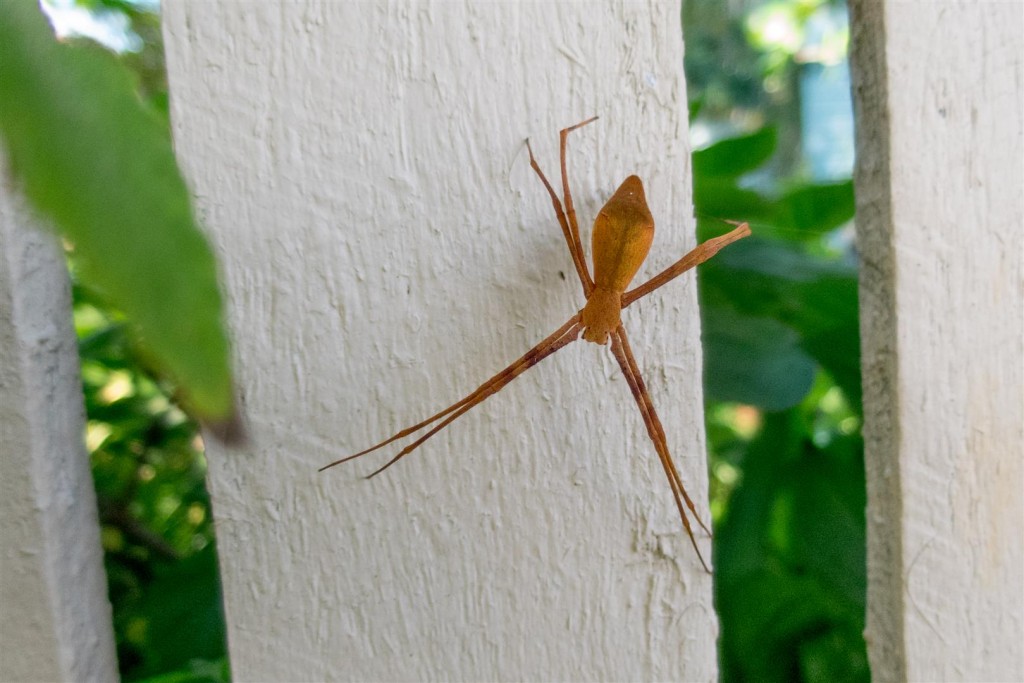 This is a female net-casting spider. Males are much thinner. The Queensland Museum reports that “At night, the female spider builds a brilliant blue-filled rectangle of silk which it swirls around passing prey with remarkable speed.”

‘In a bygone but more erudite society this spider was called the Retiarius (lit. “net-man” or “net-fighter” in Latin) after the lightly clad gladiator of ancient Rome who faced his more heavily encumbered opponent armed only with a cast net and trident.’ Rod Hobson 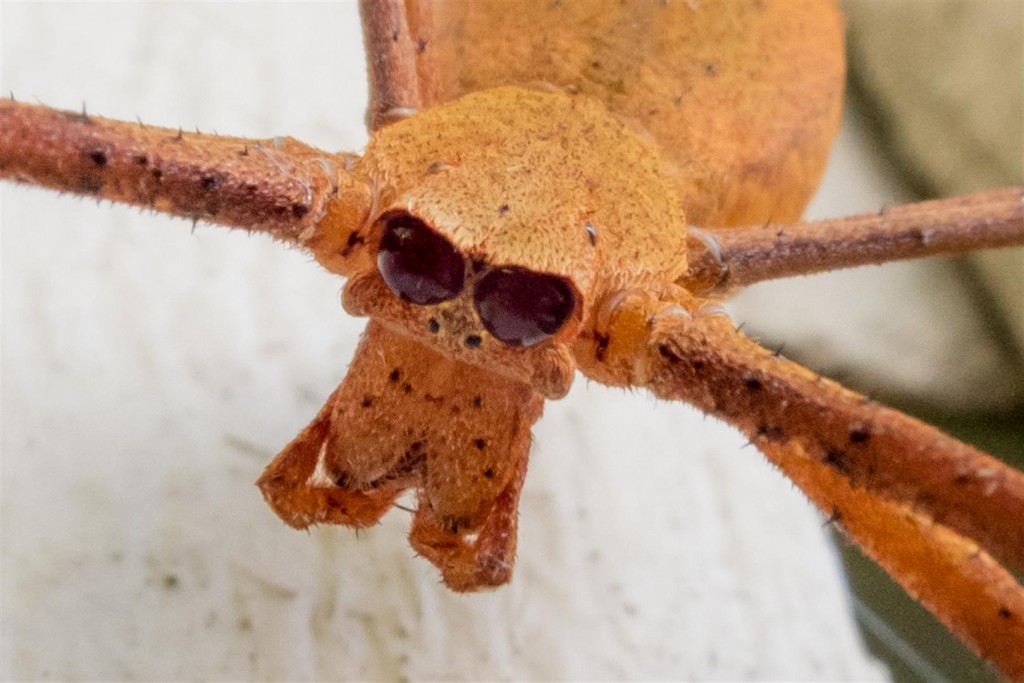 The Australian Museum tells us more about its net-casting abilities. “In order to have an aiming point, the spider often drops splashes of white faecal droppings onto the leaf or bark substrate over which it is poised. When an insect walks across this ‘target’, the spider plunges its net downward to envelop and entangle it. If successful, the spider silk-wraps the prey item, bites and paralyses it, and then feeds on it. Net strikes will also be made at flying insects that stray too close. An unused net is sometimes stored by hanging it on nearby leaves for the next night’s hunting, or the spider may eat it.”

1 thought on “Ogre on the fence”