After the heavy summer rains an explosion of invertebrate life, from mozzies to butterflies, has been hard to miss. A recent walk along the headwaters of Toowoomba’s West Creek, a small waterway recently transformed into a raging torrent by flash flooding, reveals many dragonflies and damselflies. I spent some time with Harry photographing Common Bluetails — a colourful species of damselfly. 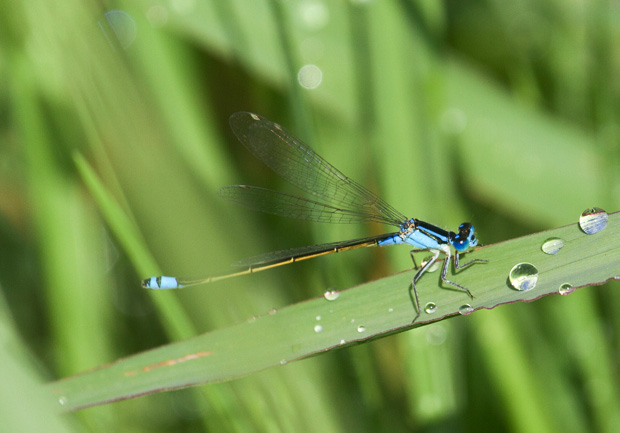 Common Bluetail (Ischnura heterosticta). Damselflies are primitive insects belonging to the order Odonata (a name that refers to the large teeth-like mandibles of both larva and adult). There are two suborders of Odonata in Australia — the damselflies and the dragonflies. Photo R. Ashdown. 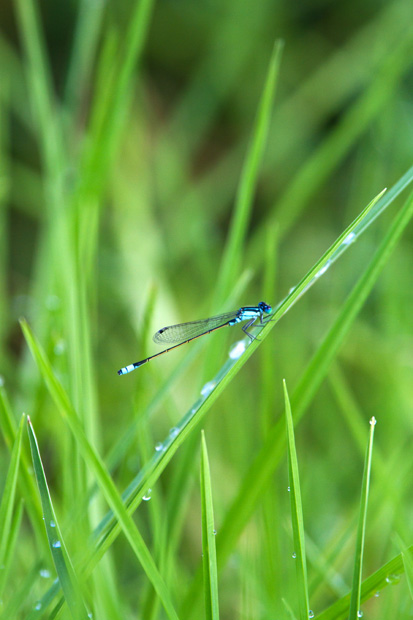 Damselflies and dragonflies may look similar at first glance, but they are quite different. Damselflies are much more slender than dragonflies, and unlike dragonflies their forewings and hindwings are similar in shape and venation. Their wings are commonly held closed above the body, while dragonflies hold their wings spread out when at rest. Photo R. Ashdown. 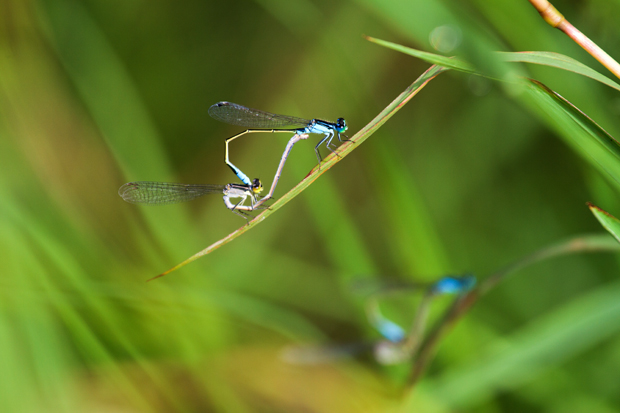 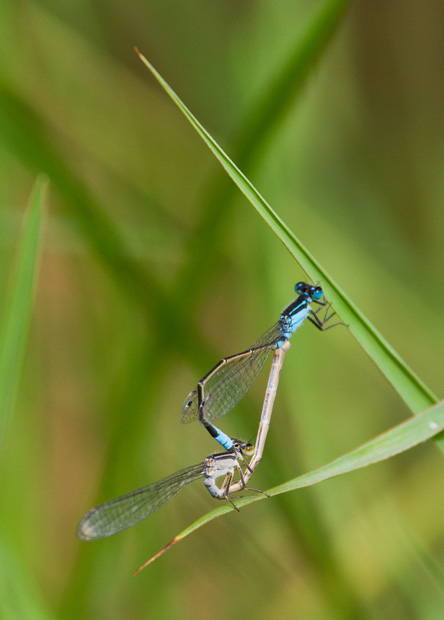 The female stores sprem and later uses it fertlilse the eggs as they are laid.The female usually breaks away to lay eggs, but in some  species the couple stay in tandem as this occurs. Photo R. Ashdown. 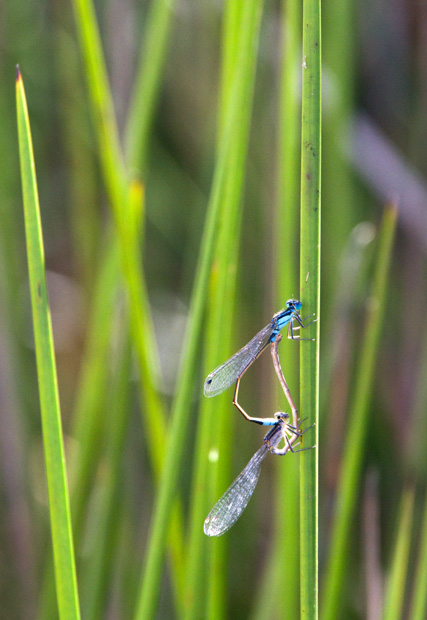 The egg and larval stage of the damselfly are aquatic. The larvae gradually form wings and the adults emerge to take to the skies. Adult damselflies live for one to three months. Photo R. Ashdown.

Dragonflies, with their kaleidoscope of colours and incredible flying abilities, are one of the most eminently watchable kinds of animals, exhibiting fascinating behaviours.

Gunther Theischinger and John Hawking — ‘The Complete Field Guide to Dragonflies of Australia.’