The dragonfly collection of the late Toowoomba naturalist Barry Kenway has been preserved in the Queensland Museum, where it will contribute to the State’s knowledge of these marvelous insects. 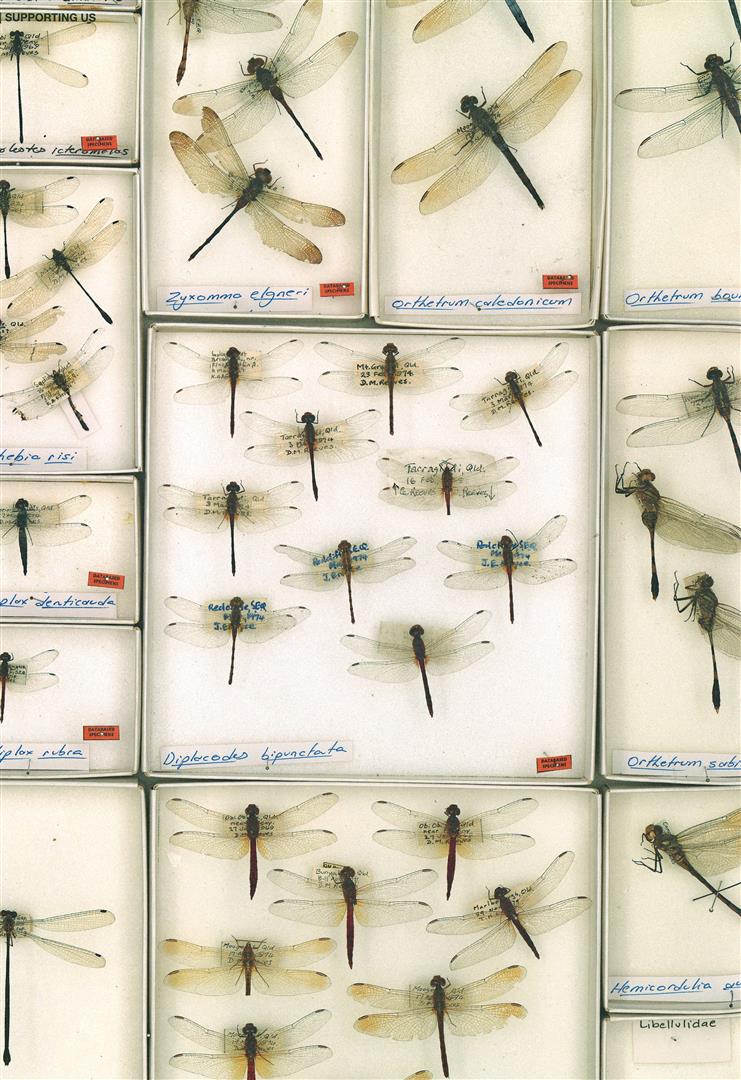 From the Winter 2013 edition of Antenna, the journal of the Queensland Museum Foundation:

Dragonflies and damselflies are one of the world’s most familiar and charismatic insects.

There are 327 known species of Odonata (dragonflies and damselflies) in Australia. The Odonata collection held by the Queensland Museum Network consists of over 4,000 specimens, acquired over the past 151 years.

This year, thanks to a generous donation through the Cultural Gifts Program by odonatologist extraordinaire Deniss Reeves, and a bequest from the estate of the late naturalist Barry Kenway, the Queensland Museum Network’s holdings of dragonflies and
damselflies have more than doubled. We now hold one of the most comprehensive and significant Odonata collections in Australia in terms of species representation and geographic coverage.

The names Deniss Reeves and Barry Kenway are synonymous with Odonata throughout Queensland. Over the last four decades, Deniss has devoted his life to raising community awareness and understanding about his beloved dragonflies and damselflies. During his odonatological career Deniss has amassed thousands of specimens, donating many to scientific institutions, and his stunning photographs of dragonflies and damselflies in their natural habitat have featured in many field guides, including the best-selling Wildlife of Greater Brisbane, published by the Queensland Museum Network. In 1999 Deniss’ significant contribution to the world of entomology was rewarded when the Queensland Pin Damselfly, Eurystica reevesi, was named in his honour.

Barry Kenway was a brother, husband, father, grandfather, teacher, sportsman and highly esteemed member of the Toowoomba community. He had an unquenchable enthusiasm for nature, particularly dragonflies. Barry amassed a collection of hundreds of specimens during his own expeditions and field trips with the Toowoomba Field Naturalists’ Club. 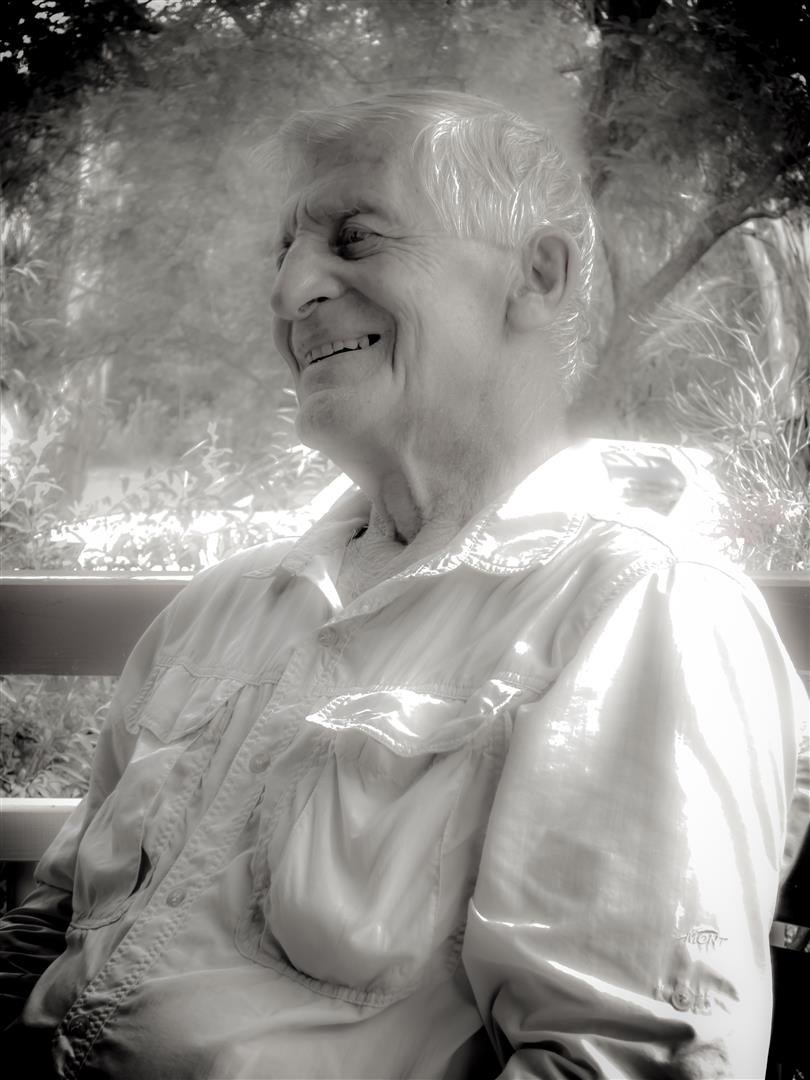 Barry Kenway, a man with an unquenchable enthusiasm for nature. “The Deniss Reeves and Barry Kenway Dragonfly Collection project will form an enduring legacy, commemorating the steadfast commitment and passion shown by Deniss and Barry to the study and protection of dragonflies and damselflies.” — Queensland Museum Curator Chris Burwell. Photograph taken in 2012 by Robert Ashdown.

Deniss and Barry’s carefully preserved specimens have come to the Queensland Museum Network precisely packaged in paper envelopes and stored in a multitude of plastic containers. Our scientists will now begin the immense, complicated and delicate task of sorting and storing these specimens in a specially designed cabinet from the United States, purchased with funds raised by the Queensland Museum Foundation.

Queensland Museum Network curator Dr Chris Burwell noted that once sorted and stored, each specimen will be catalogued on the Queensland Museum Network database, making our vastly enhanced Odonata holdings, to be known as the Deniss Reeves & Barry Kenway Dragonfly Collection, accessible to the scientific community and the general public the world over.

“Doctoral scholar Alex Bush will use the collection in a research study to predict the impact of climate change on the distribution of these biological treasures and investigate how our system of reserves could be modified and augmented to best ensure their conservation,” Dr Burwell said.

“Importantly, the Deniss Reeves & Barry Kenway Dragonfly Collection project will form an enduring legacy, commemorating the steadfast commitment and passion shown by Deniss and Barry to the study and protection of dragonflies and damselflies”.