Tropical Cyclone Oswald hit the coast of Queensland in January 2013 and headed south as  an “ex-tropical cyclone”, causing havoc and heartache for a considerable length of time.

Three images sent to me by artist Adrienne Williams once again reminded me of the power of water at such times. Adrienne lives at Mount Perry, south-west of Bundaberg — an area hit particularly hard by wind and rain. 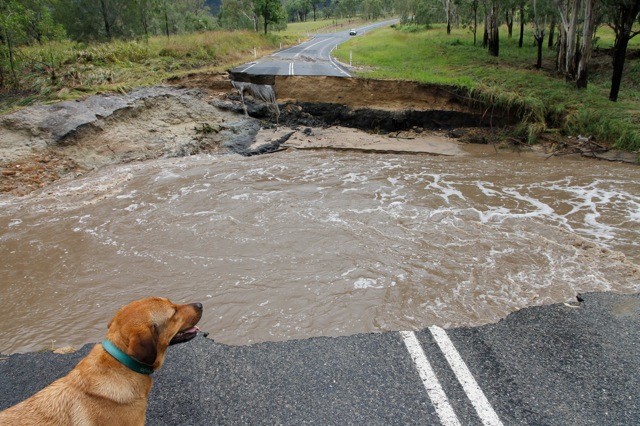 These photos show the minor pot-holes created in the three roads linking Adrienne’s home to the rest of the world after ‘ex-cyclone’ Oswald passed by. They received 600 mm of rain in 72 hours. That’s Sunday, the ‘50% Lab 50% Rotti’ casting a cool eye over the scene. All photos courtesy (and copyright) Adrienne Williams. 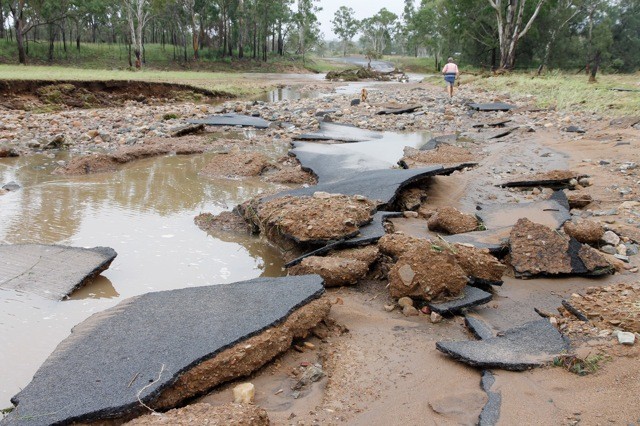 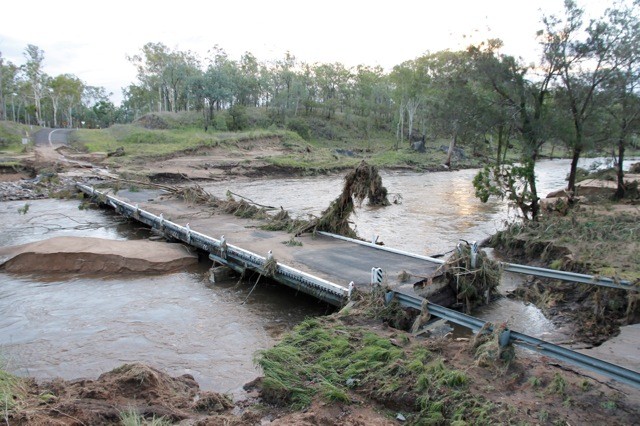 It’s difficult to find one site on the web that gives an overview of the history and impact of this particular cyclone. It’s just all too big. The strength of nature when things gets fired up is expressed instead at a local level in images like these from Adrienne.

The Australian Bureau of Meteorology (BOM) website states that “Although the considerable majority of cyclone impacts are located in north Queensland, occasionally a cyclone affects areas further south down the east coast.” Oswald certainly fell into that category, even reaching Sydney eventually.

If you’re after some great stuff on cyclones, the BOM site has a stack of fascinating information on these things in Australia, including the following snippets on Queensland cyclones:

Some of Adrienne’s beautiful artwork can be seen at www.adriennewilliams.com