Midnight on a foggy, humid Toowoomba night. I venture into the backyard — un-mown grass and rampant green, a very different sight to the yellow, dry block that we took on when we moved here ten-odd years ago. We’ve done little to it, it has just rained a lot lately and everything has grown. 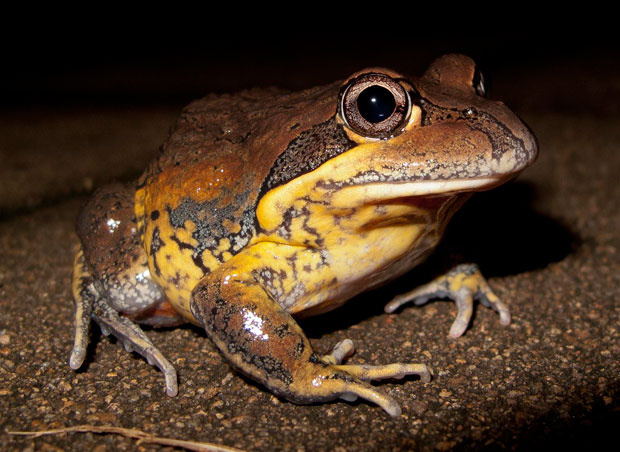 Lurking in the yard at midnight — a Scarlet-sided Pobblebonk. All photos R. Ashdown.

February 2012’s rainy weeks have been sublime weather for all sorts of critters, including frogs. There in front of me at midnight, frozen by the light, was a new species for our yard, a Scarlet-sided Pobblebonk — one of my favourite frogs. What a fabulous thing to find lurking in the yard late at night! 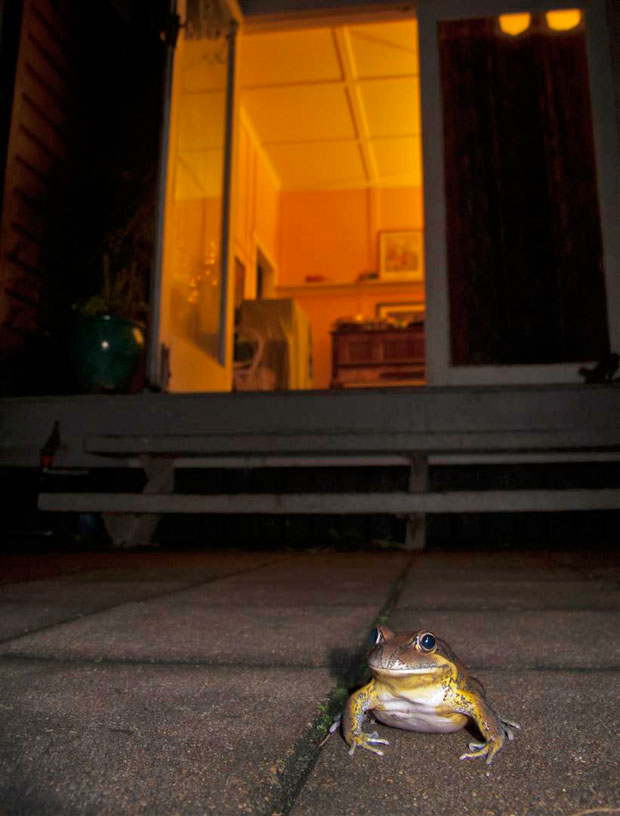 The Scarlet-sided Pobblebonk (Limnodynastes terraereginae) is a member of a group of well-built, ground-dwelling and/or burrowing Australian frogs. Scarlet-sided Pobblebonks are also known as Northern Banjo Frogs, in both cases the name comes from the call of the males — when lots are going off they make a sound like a banjo being plucked, or a bubbling series of slightly different "bonk" noises. 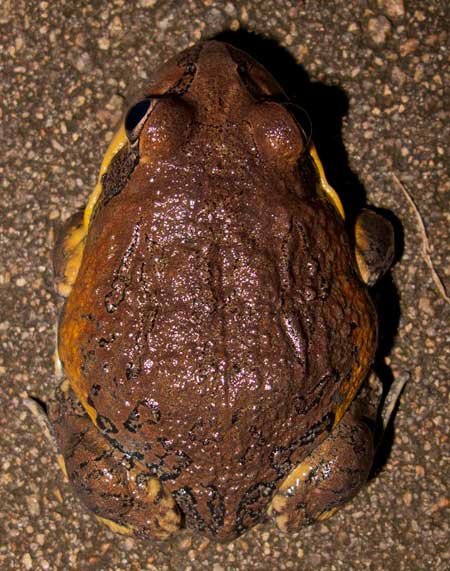 Pobblebonks are burrowing frogs, and are only seen on the surface after lots of rain. Sometimes people find them in the garden after rain and mistake them for the introduced Cane Toad. We have lots of brown native frogs though, and this one is more colourful than a Cane Toad when you get up close. 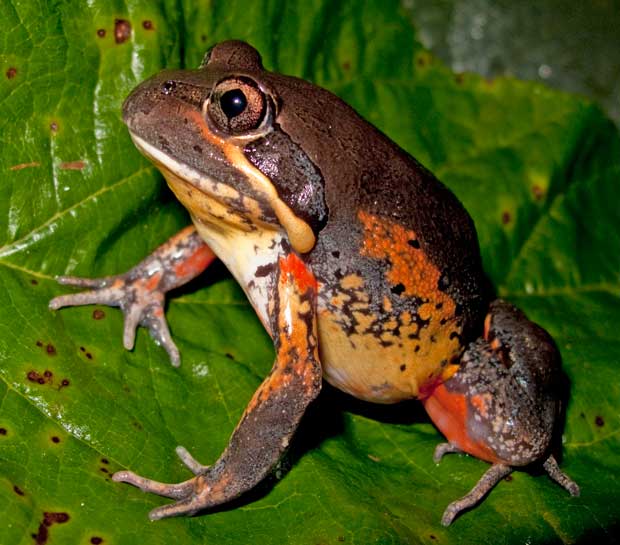 The scarlet sides of the Scarlet-sided Pobblebonk. A regal king of the marshes indeed.

About to head off. Scarlet-sided Pobblebonks are found on the western slopes and ranges of northern New South Wales, through eastern Queensland and up to Cape York Peninsula. And in my dodgy back-yard. Outstanding!