In September 2009 a large fire ripped through Yuraygir National Park, on the New South Wales coast east of Grafton. The town of Wooli was in the centre of it all. Images I took of the fire were published in Wildlife Australia in March 2010 (below, and see archived blog post from November 2009). 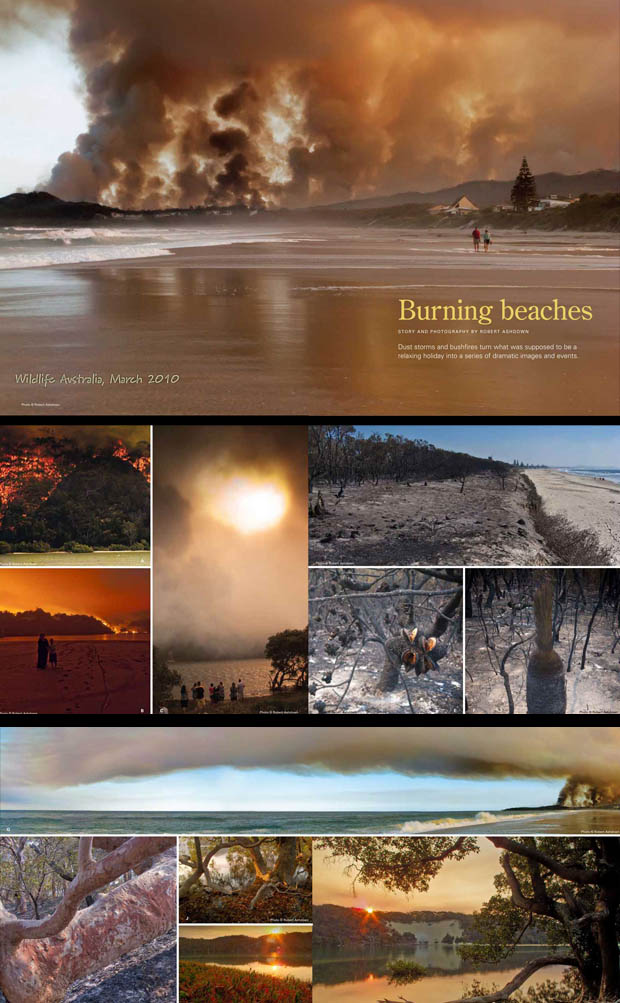 I revisited Wooli in July 2010, and took the opportunity to take a look at some of the scrub that the fire had affected. The bush was recovering, although it was clear that such a hot fire had killed many canopy trees in some areas. After recent rain it was interesting to see the diverse array of ground plants, wildflowers, fungi and orchids.

Eucalypt woodland almost one year after the fire. 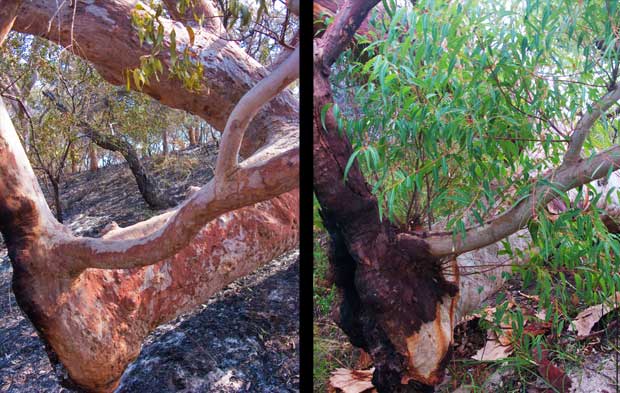 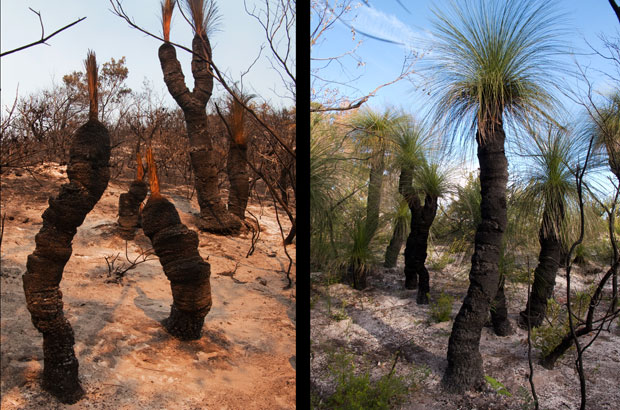 Banksias produced many seedlings, with older plants in flower after recent rains.

For more images of the fire in September, as well as a new gallery of images taken in the same bushland in July 2010, see the “Photostories” section of my website.