Queensland is still counting the cost of   ‘ex-Tropical Cyclone Oswald’, with major flooding and damage to property and infrastructure right down the east coast.

Humans were not the only species affected, with seabirds being blown far from home by the wild weather during January 2013. 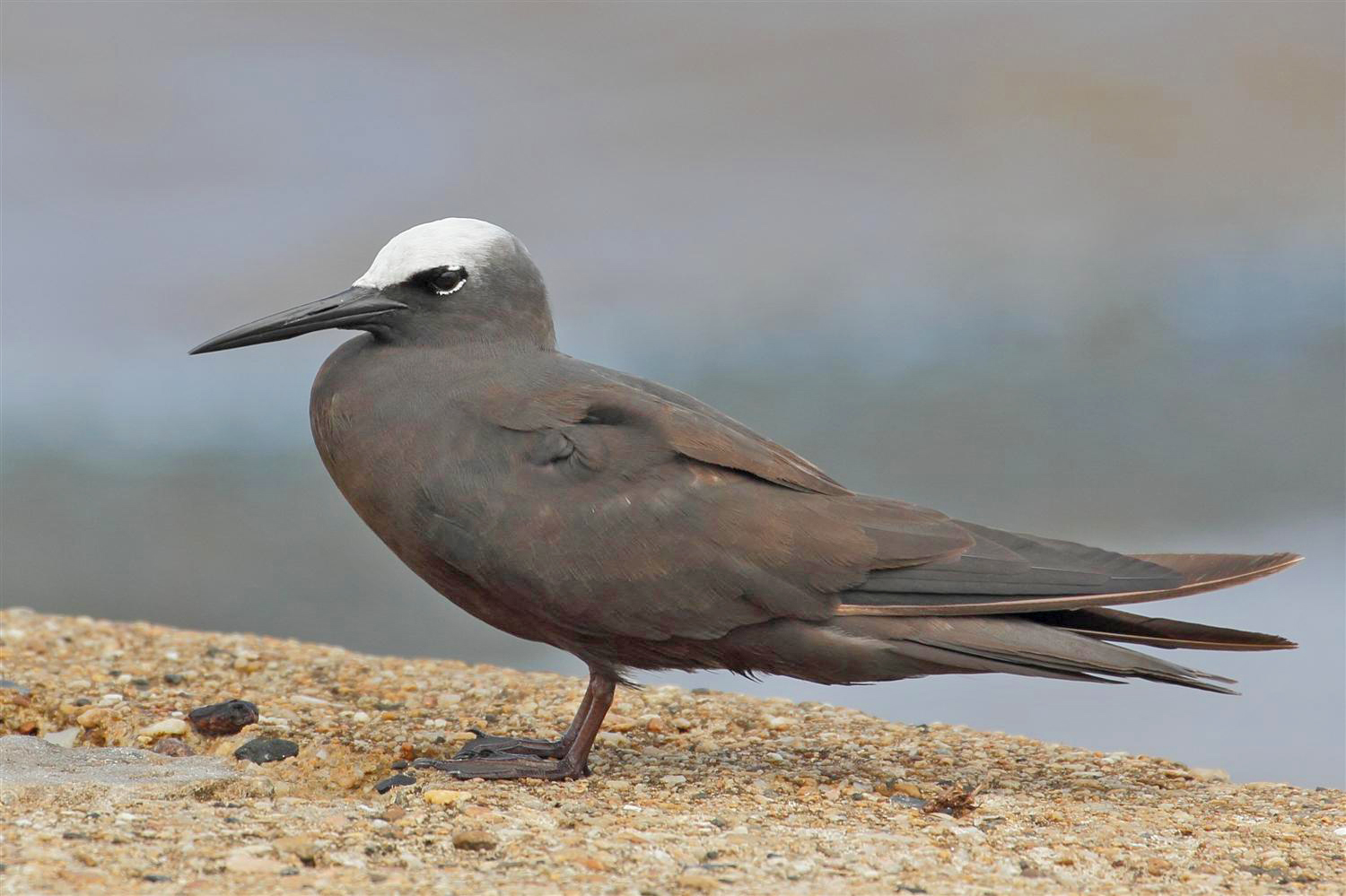 Black Noddy, photographed at Shorncliffe by Mike Peisley. Blown off course by Cyclone Oswald, this is a bird usually found on islands and cays, including the Capricorn and Bunker groups, the Great Barrier Reef, Norfolk Island and the Coral Sea. It’s a species that occasionally visits Stradbroke Island and eastern New South Wales.

In the Darling Downs area, a range of unusual species were recorded. Birds either seen flying or found exhausted included Wedge-tailed Shearwaters, Sooty Terns, White-tailed Tropicbirds, Frigatebirds and a Bulwer’s Petrel. The latter was a very interesting record — although there have been several confirmed sightings of Bulwer’s Petrels in Queensland over the years, this was the first specimen of this species obtained for the State, and only the second specimen for Australia. 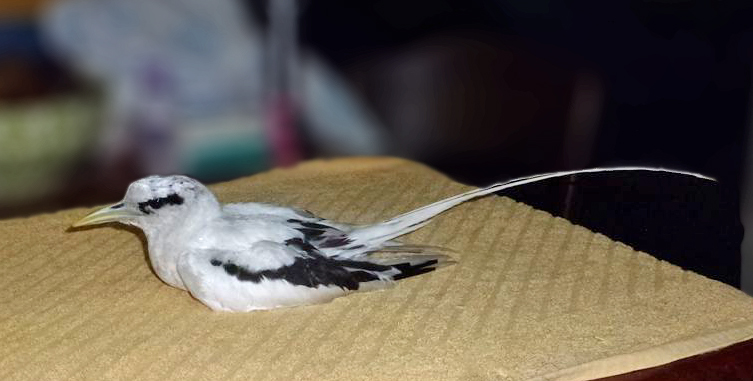 White-tailed Tropicbird, found in Toowoomba — a long way from ‘home’. This is a true ocean-going bird (pelagic), only coming ashore to breed. For eastern Australian birds, breeding takes place at Fiji – New Caledonia and the Tuamotu and Walpole islands. Photograph courtesy Mick Atzeni.

Toowoomba Bird Observers (TBO) president Mick Atzeni has been collecting records of the unusual sightings, adding to the group’s extensive database on the birds of the Toowoomba region.

“To see seabirds flying around paddocks and over local dams was a once-in-a-lifetime opportunity for most people,” said Mick.  “It was bitter-sweet, because these birds were starving, exhausted, and lost.”

Wildlife carer Trish LeeHong cared for some of the exhausted birds, which stretched the resources of her always-busy and not-for-profit Wildlife Rescue, Rehabilitation and Education Association. Several were restored to health and released at Deception Bay. 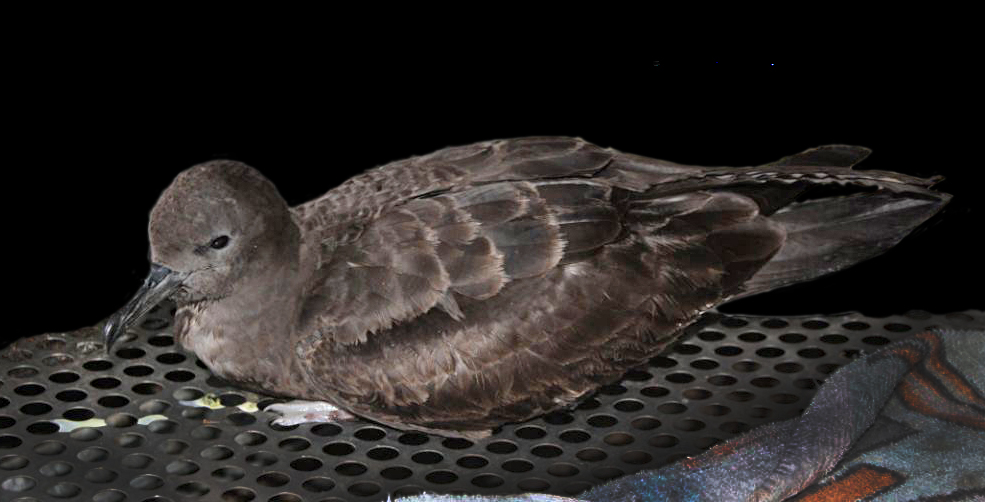 Mick reported that dead Sooty Terns were found in the middle of Toowoomba, at the Murphys Creek township and at Lockyer Siding, while a Wedge-tailed Shearwater was found in James Street near Clifford Gardens, Toowoomba. Exhausted White-tailed Tropicbirds were found at Meringandan and Withcott, while Sooty Terns and a Wedge-tailed Shearwater were seen flying over the Lockyer Valley by TBO members. 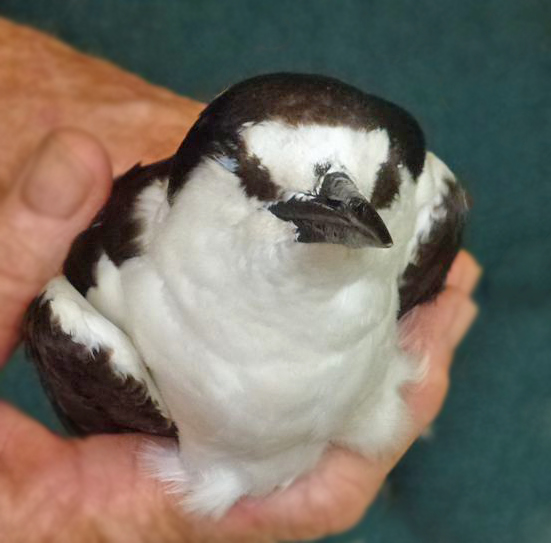 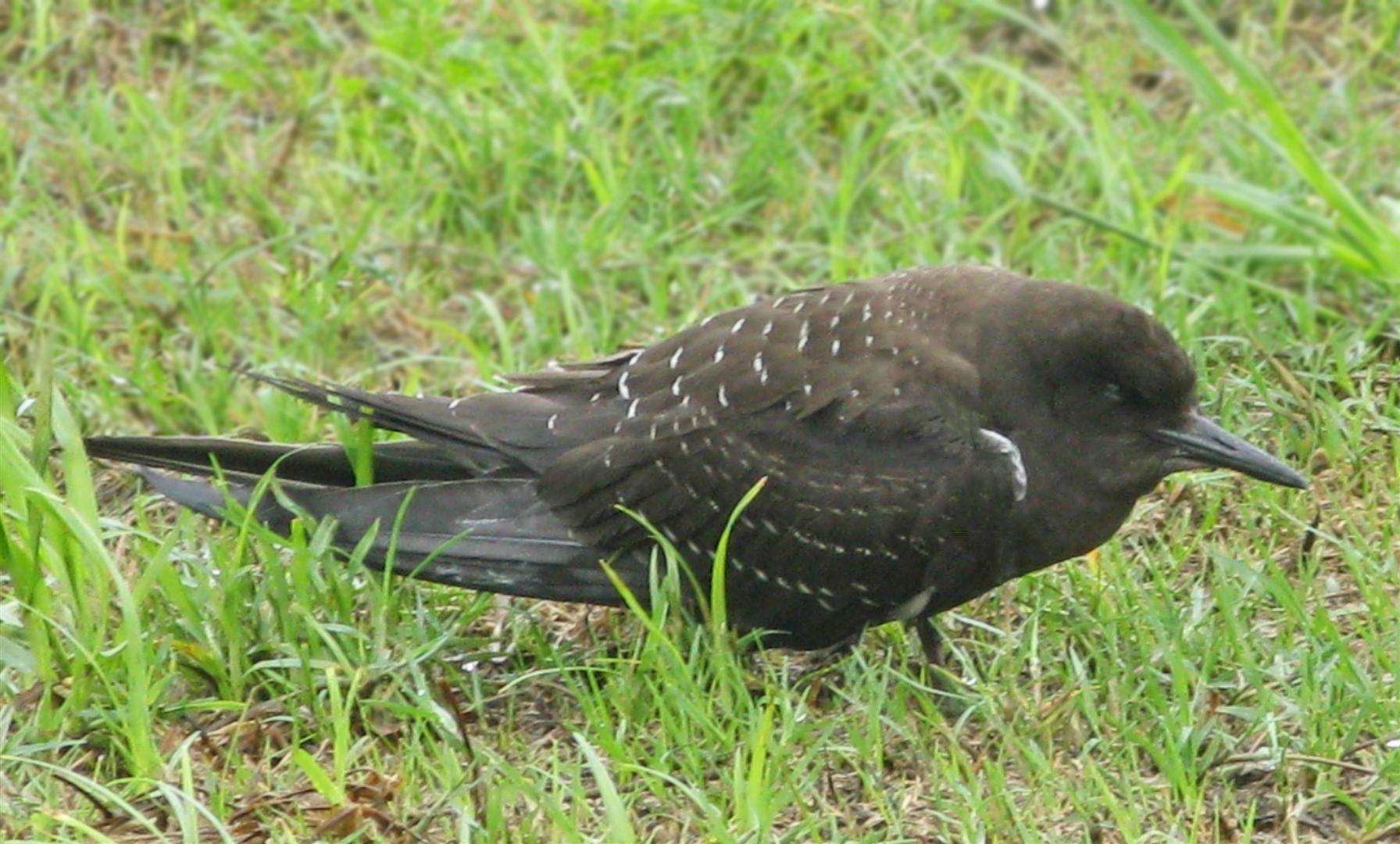 “Wedge-tailed Shearwater and White-tailed Tropicbird are new birds for the official TBO bird list,” said Mick. “This was our first live record for Sooty Terns in the area we survey, as the only previous record was a dead one found on the Range Highway in 1976 (during a  previous cyclone).”

The body of the Bulwer’s Petrel, which unfortunately died soon after being found,  was lodged with the  Queensland Museum at Southbank, where its identity was confirmed. Stored as part of the Museum’s natural history collections, the specimen will be valuable for future studies. 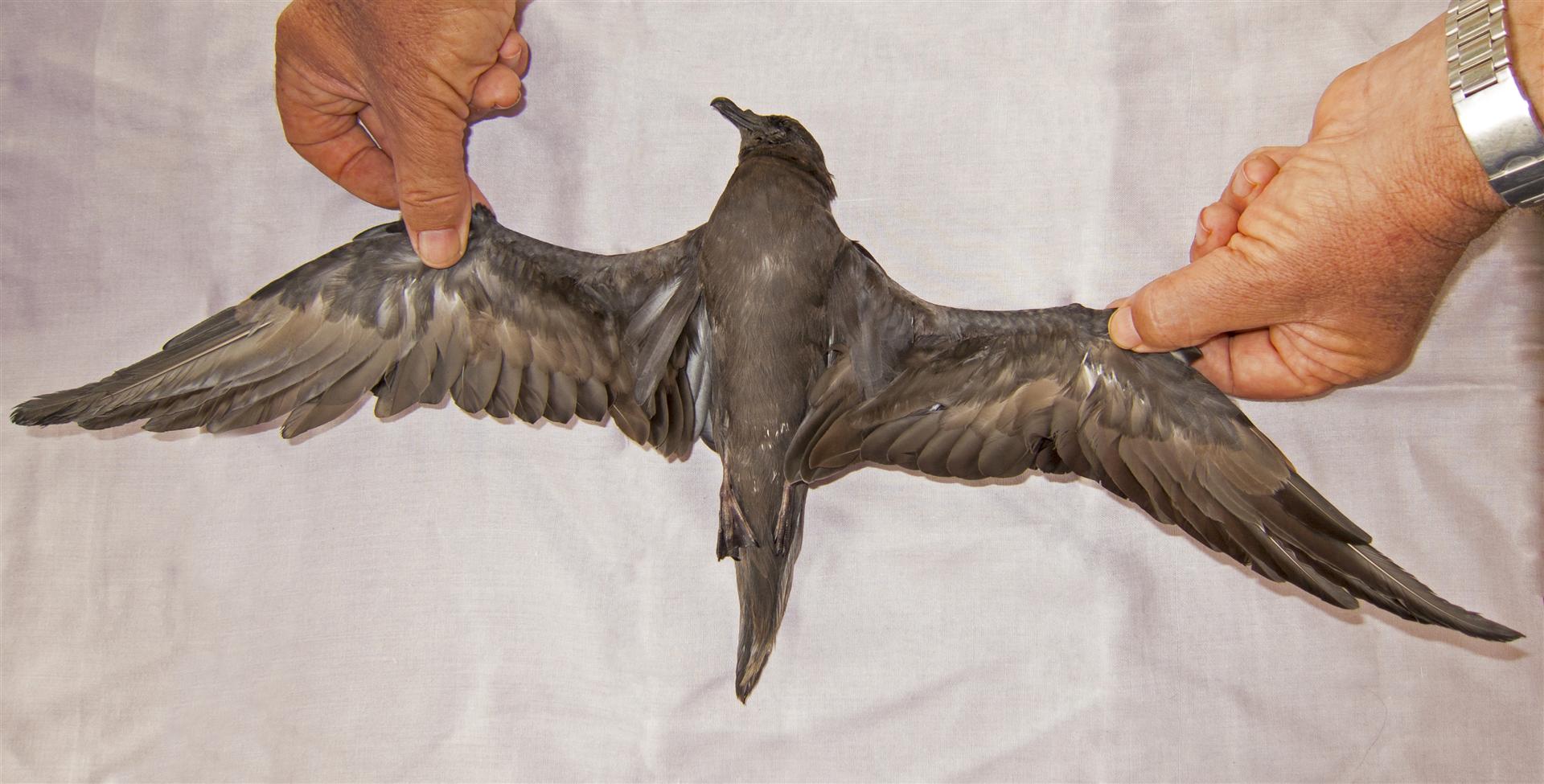 Bulwer’s Petrel, collected at the Oakey Army Base, on the Darling Downs. This small, sooty-brown seabird is found in tropical and sub-tropical waters around the world. Usually a solitary bird when at sea, this species gathers to breed on islands in the Pacific and north Atlantic oceans. Bulwer’s Petrels have only been sighted in Australian waters on several occasions. Photo R. Ashdown.

Ian Gynther, Senior Conservation Officer with the Department of Environment and Heritage Protection, spoke to the ABC about the Bulwer’s Petrel.  “It’s only a tiny thing. When they’re not breeding they spend their whole life at sea — you could imagine the waves and wind they put up with at the best of times.”

“This is a prime example of how our knowledge of a bird that’s seldom recorded has been greatly increased by somebody with sharp eyes at Oakey,” said Ian. 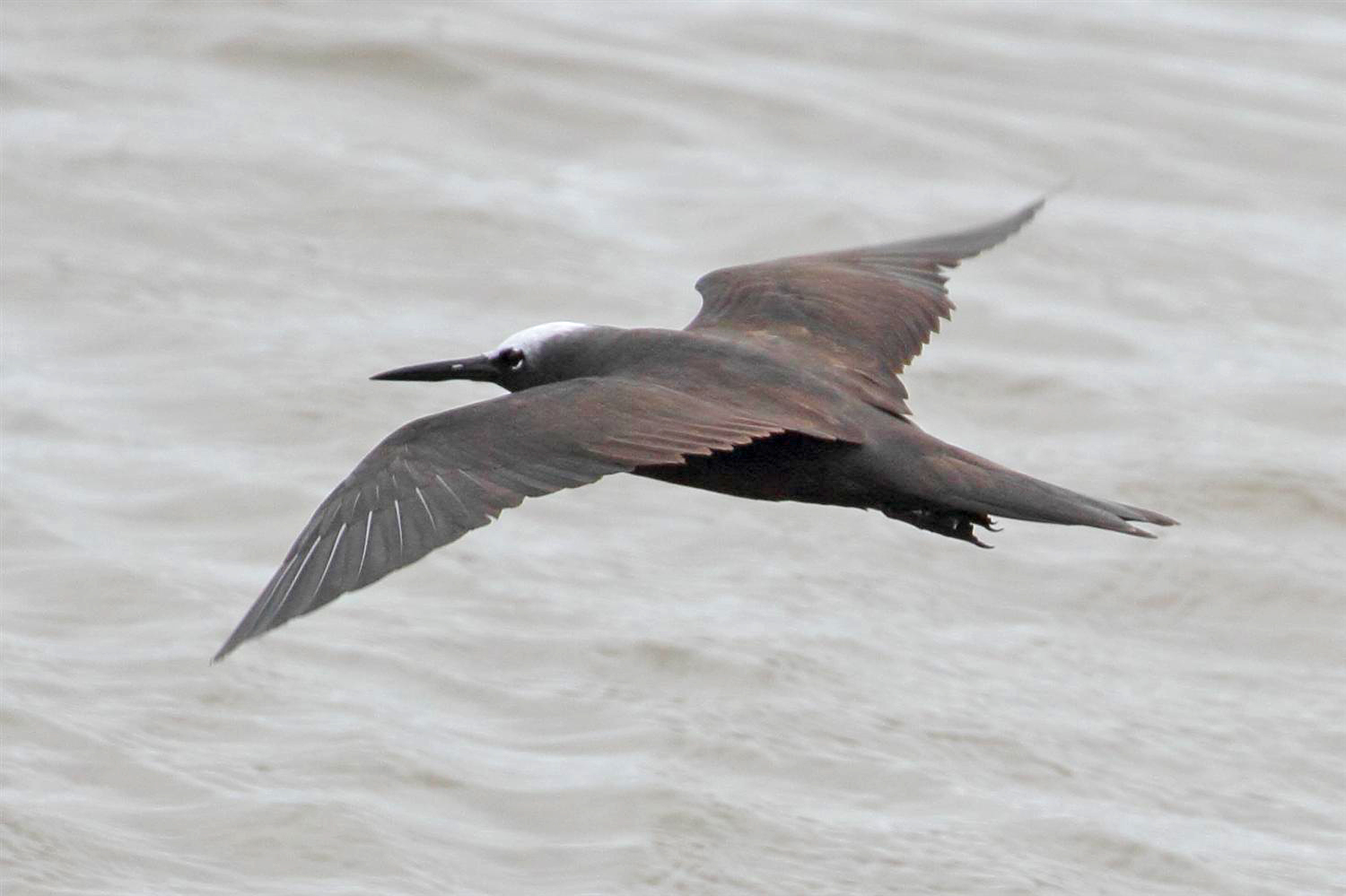 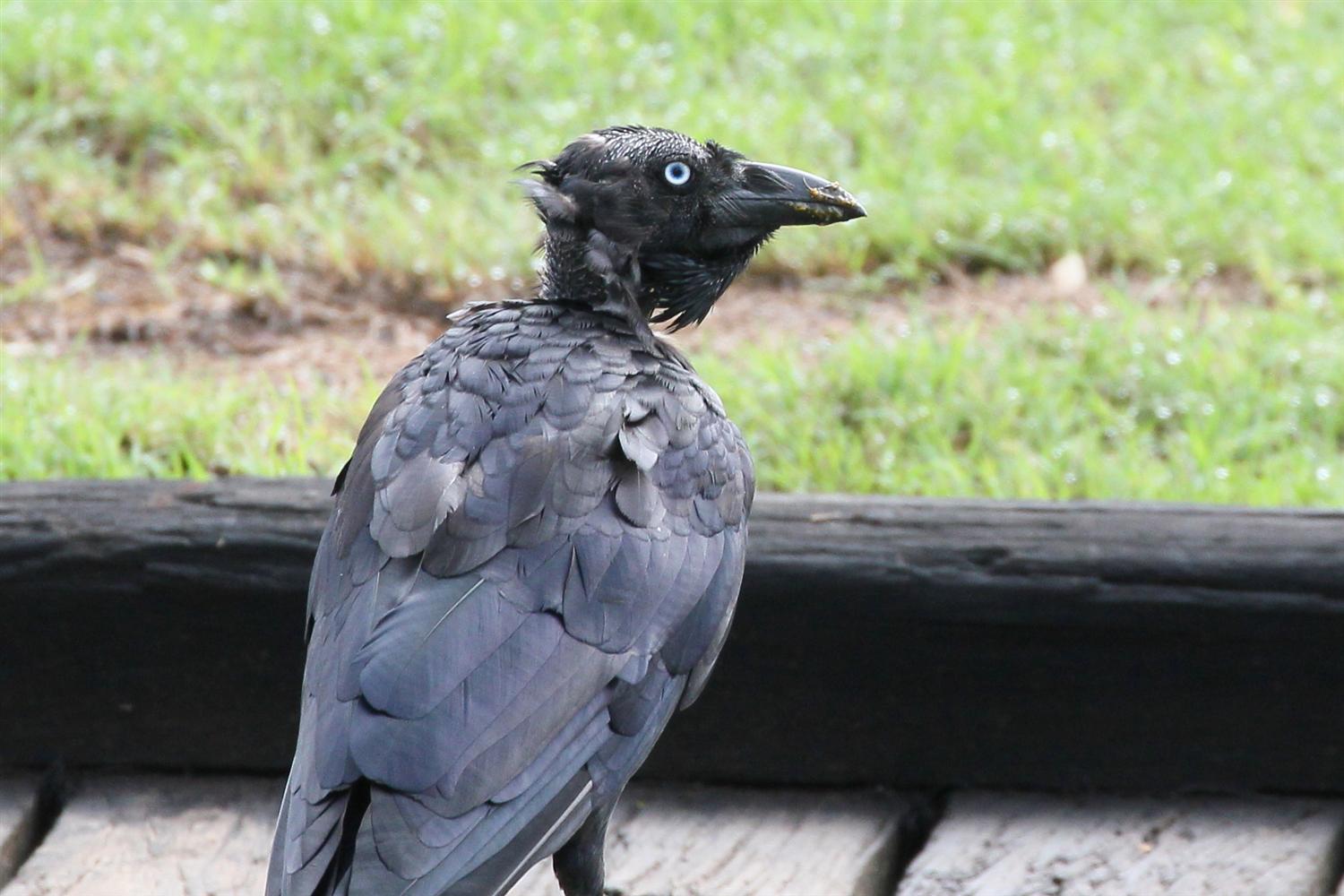 6 thoughts on “Riders on the storm”