I’ve shown some great images of ospreys from Ross Naumann in a previous post. Ross recently sent me these photographs of Topknot Pigeons in a piccabeen palm at his home on the Sunshine Coast. 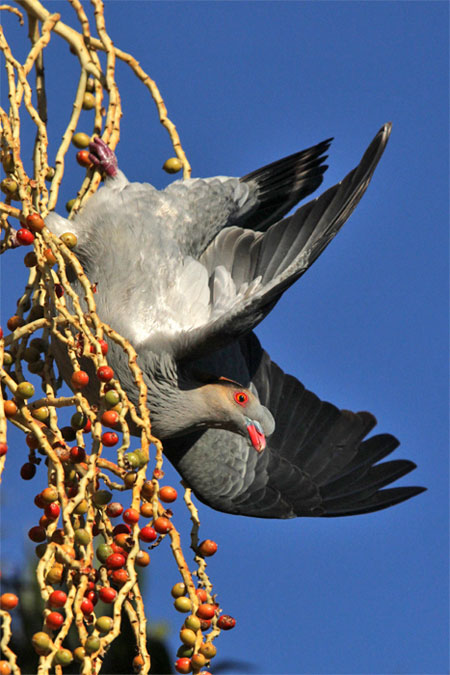 The Topknot Pigeon (Lopholaimus antarcticus) is usually a rainforest bird, whose numbers have declined along with the reduction in their favoured habitat on Australia's east coast. Immense flocks were seen by Captain Cook's crew at Cooktown in 1770. Today, flocks seldom number more than 200 birds and are usually less than 50. All photographs copyright Ross Naumann.

“They have been around all week and we have never seen them here at home before (since 1996),” says Ross. “Very flighty — they take off as soon as you open a door. I took these through glass from our laundry (pilkington glass + Canon optics = reasonable result). 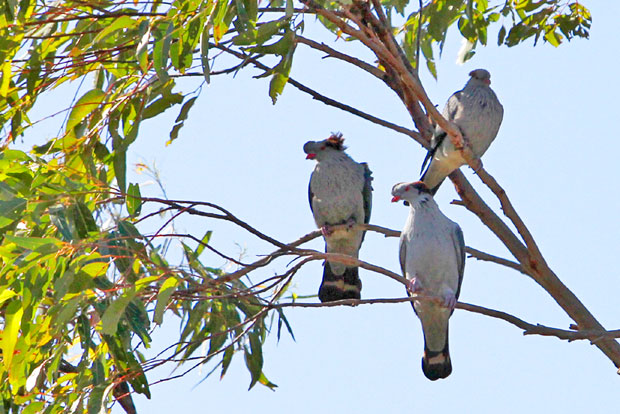 Topknots move from place to place to follow fruiting trees, with some flocks travelling along the entire length of the Queensland coast.

They were back a few days later. “Yes, our feathered friends returned this morning. The tell-tale heavy flapping together with seed dropping makes it a no-brainer to identify their presence. Still more scared than a coulrophobic at a clown convention (or your local burger place). How do you convey to these animals that you mean no harm? Maybe put RSPCA or WWF stickers on the windows? We have been seeing up to twelve birds in a flock.

One of the great things in (wild) life is that you never know what will turn up next.” 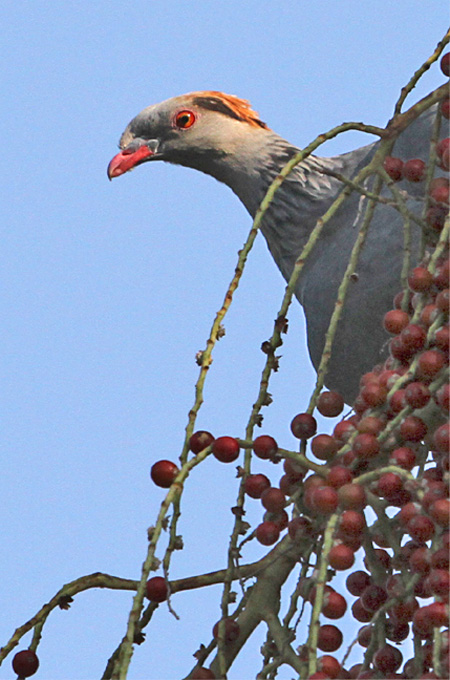 Topknots have an elaborate courtship display, during which the paired birds entwine necks while their crests are fully erect. A complex bowing follows. 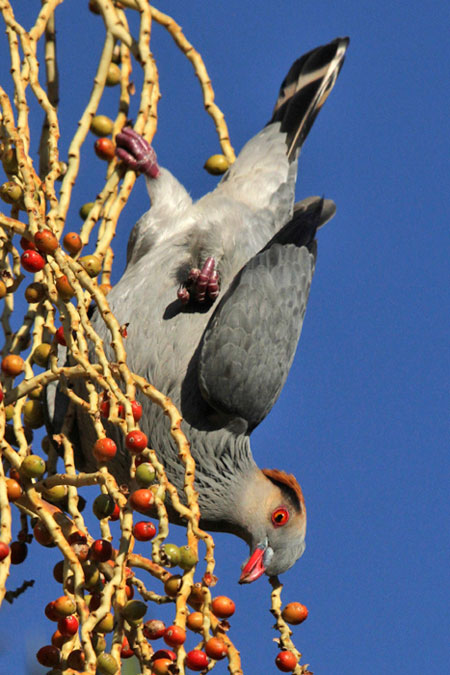 1 thought on “Topknots drop in”