The parade of dead wildlife on our roads seems endless. I’ve become almost numb to it — a sad fact of life in this speed-addicted, car-mad society, something that most people do not even seem to notice anyway. I still stop (carefully) to check things dead on the road or to hurry-up some critter wandering about the asphalt. 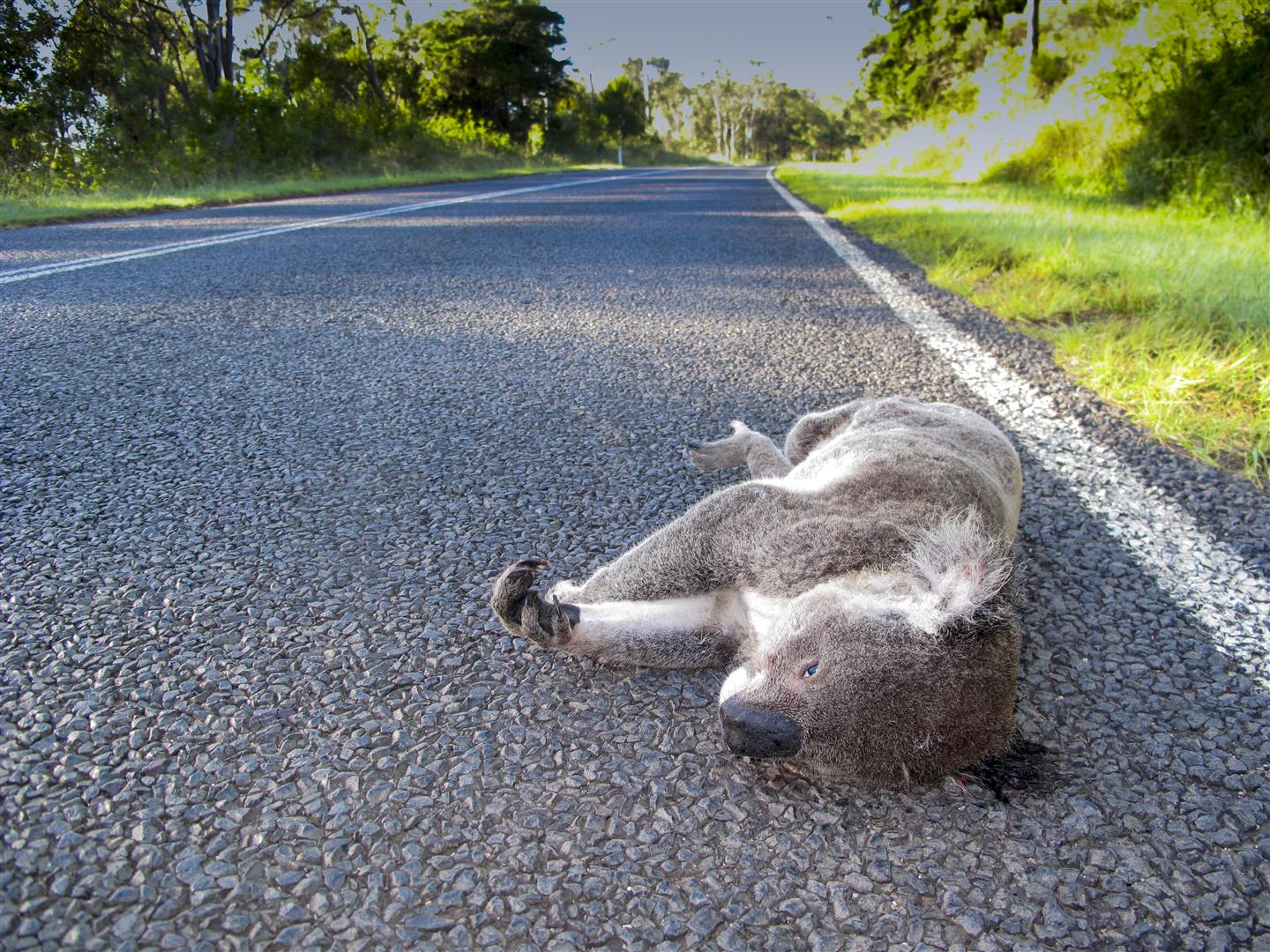 On a recent early-morning drive north of Toowoomba we spotted a koala on the road. I found a safe spot to pull over (quite difficult on our country roads) and checked it out.

It was a large male, unfortunately dead, but still a beautiful animal. Its distinctive koala-smell transported me back to my childhood, standing at the Currumbin Bird Sanctuary at the Gold Coast holding a koala, totally lost in wonder, posing for a photograph with an ear-to-ear grin. I remember my grandmother’s anxiety leading to her being scratched by the one she was holding. There’d probably be an outcry these days and the place would be shut down and the animals all taken out by a SWAT team, but we did not worry too much then about a few scratches from such an animal.

As I was preparing to post this depressing and confronting image, I received by good fortune some great photos of a koala, very much alive and well, taken by Des O’Neill in his Brisbane backyard. So, to balance out the road-kill image, here’s some from Des, and also a lovely  shot from Raelene Neilson, who also has the good fortune to have these beleaguered icons at her place. 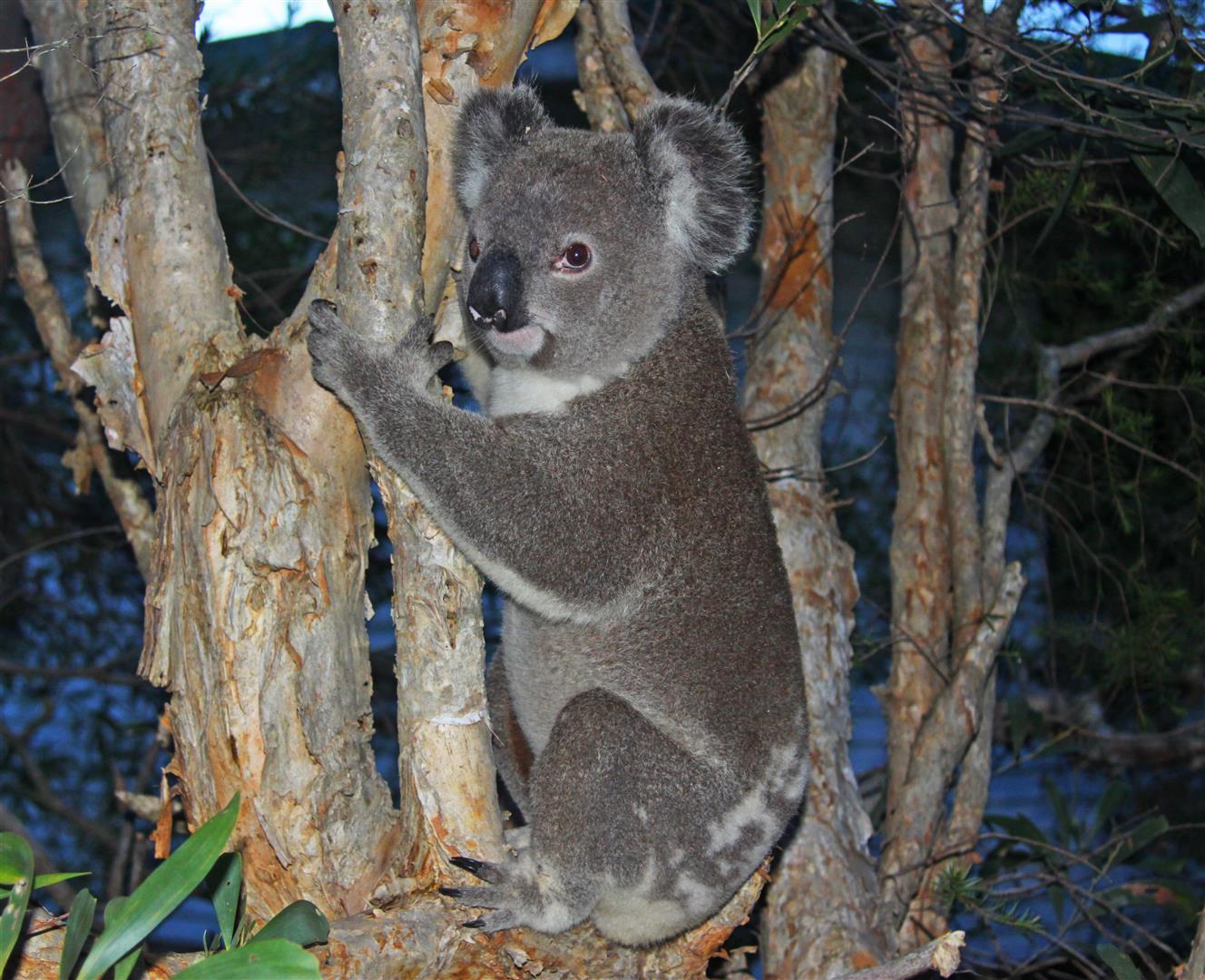 How I’d rather see one. Backyard koala, Brisbane. Photos courtesy of Des O’Neill. 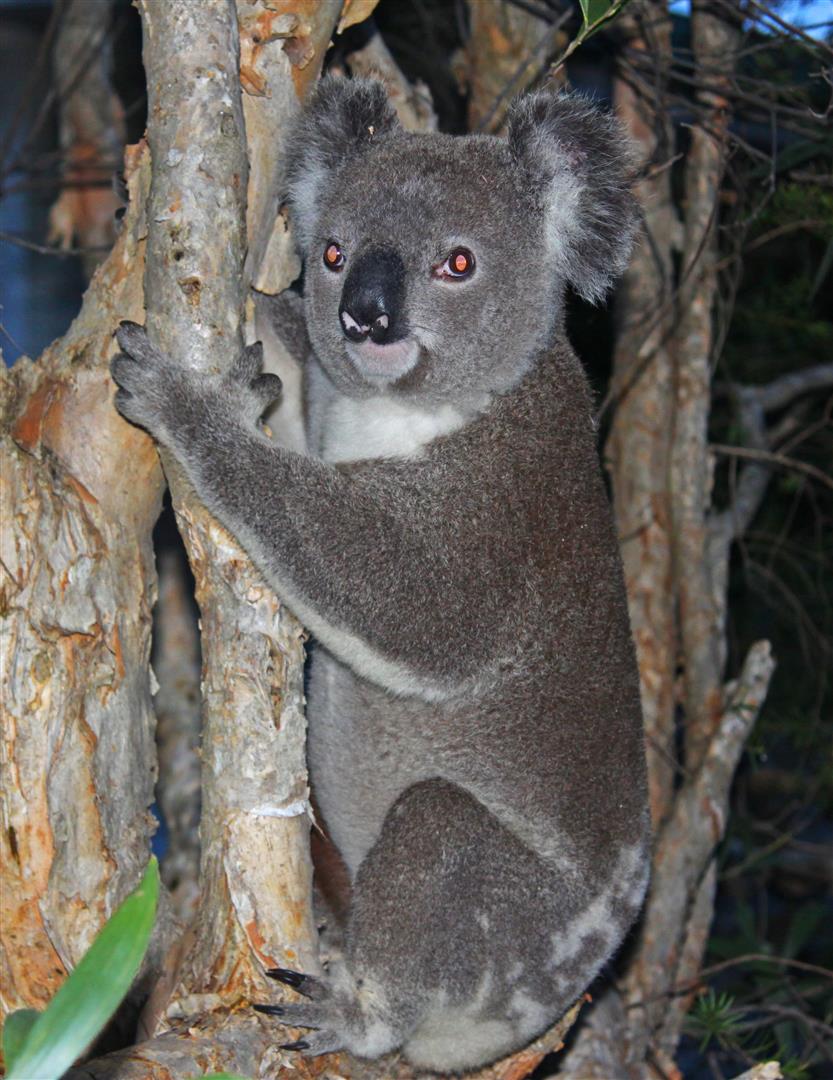 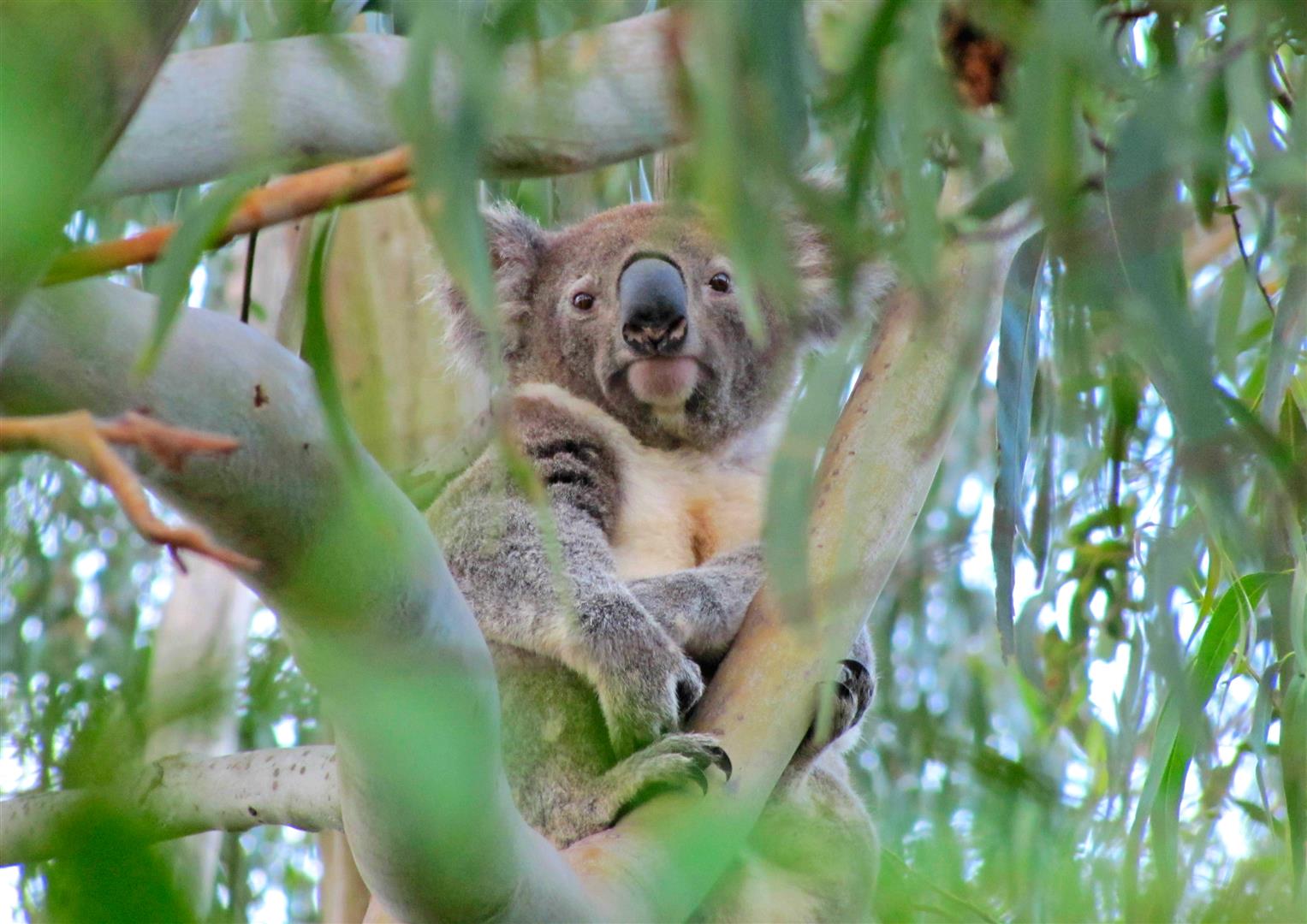