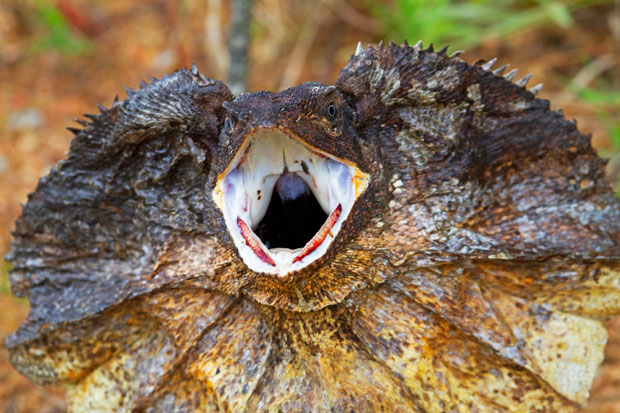 This month I made a quick work trip to photograph some National Park infrastructure projects in the area between Townsville and Cairns, in northern Queensland.

I travelled about 1,800kms in a week, and visited a lot of reserves. My reason for being there was mainly to take photos of things like boardwalks and tracks, and you can’t do much wildlife photography when travelling so quickly. I did see some great critters, including a lot of new bird species (for my personal list), but can’t tell you what they were really, as I left my binoculars at home — the sign of a true professional birdwatcher and naturalist. Grrr.

It rained for the first two days, which made for some magical moments sitting in the wet tropical rainforest listening to the many new birds (that I could not see). I also encountered a Frilled Lizard in the middle of a State Forest road. I grabbed him and took him off the road before placing him on the side of a tree, and got my camera ready to take a pic. This works fine with placid southern Bearded Dragons, but I’d forgotten how fiesty these northern dragons are supposed to be, and all I saw through the viewfinder was the lizard leaping off the tree straight at my head, all teeth, claws, scales and frill … I guess (something) like what it would be like to be chased by a Tryrannosaurus rex … well, you get the idea. After pursuing me through the scrub like a demented, bouncing wind-up toy, attempting to bite my knee-caps off, he calmed down long enough for me to get a few shots. Reptiles — critters with lots of character and attitude!

I was also captivated by the tropical mangroves. The boardwalk at Edmund Kennedy National Park offers a superb ground-level tour of a range of wonderful coastal habitats. Crabs clicked and popped and Noisy Pittas foraged in the patches of melaleuca and eucalypt scrub between mangrove expanses. More mosquitoes than I’ve ever seen, and I got eaten alive staying in one spot trying to photograph a Pitta.

For more photos from my brief trip north, visit my new “Tropical North” gallery, under the NEW IMAGES section of my website. 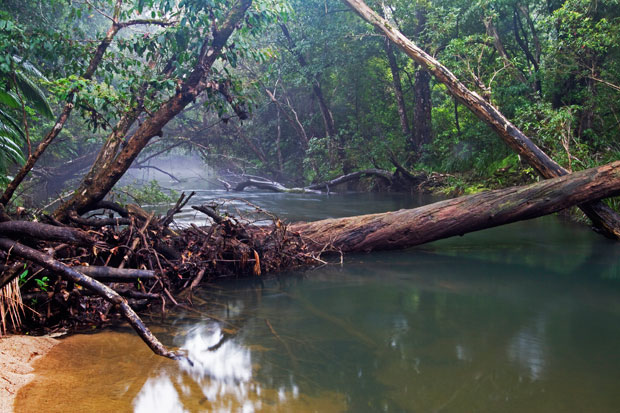 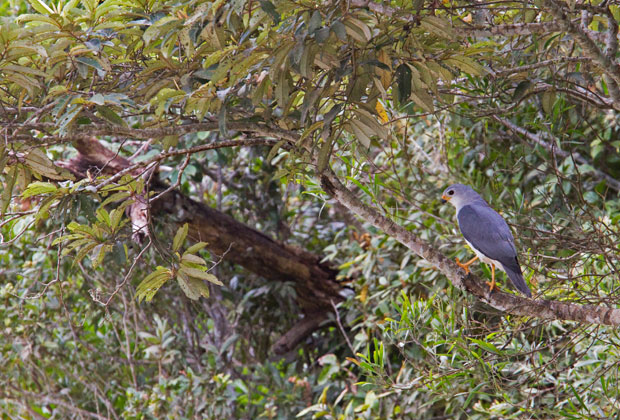 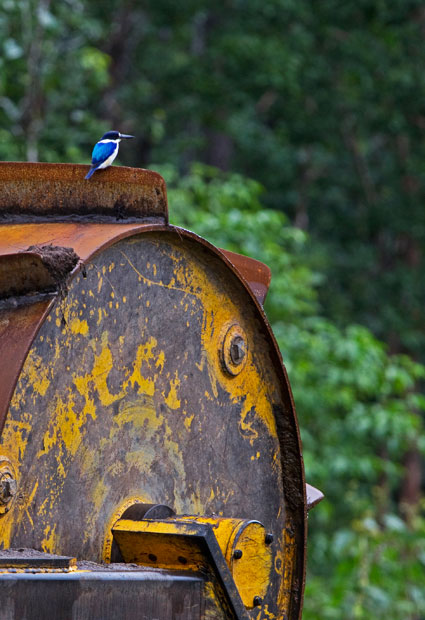 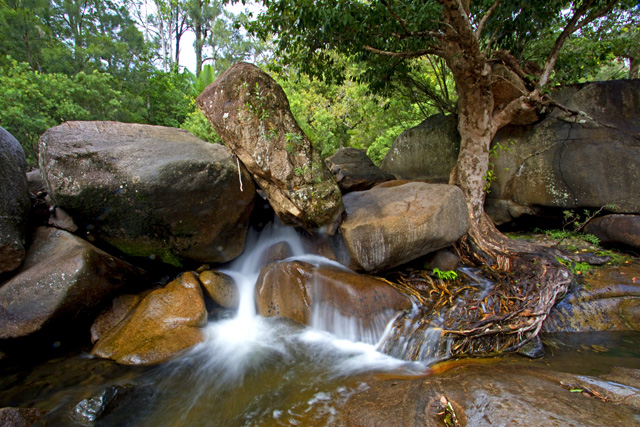 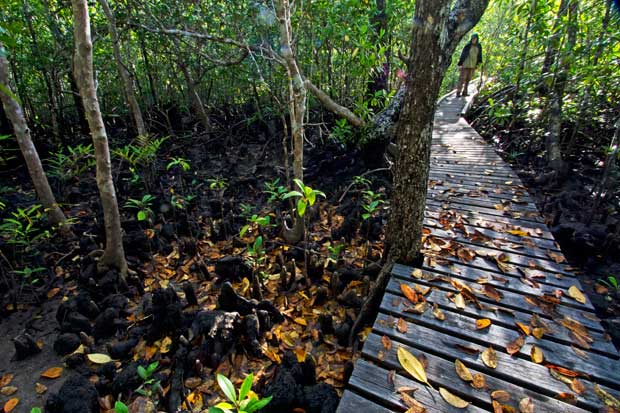 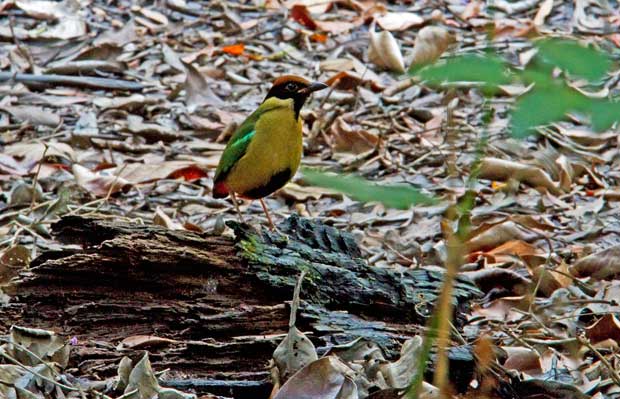 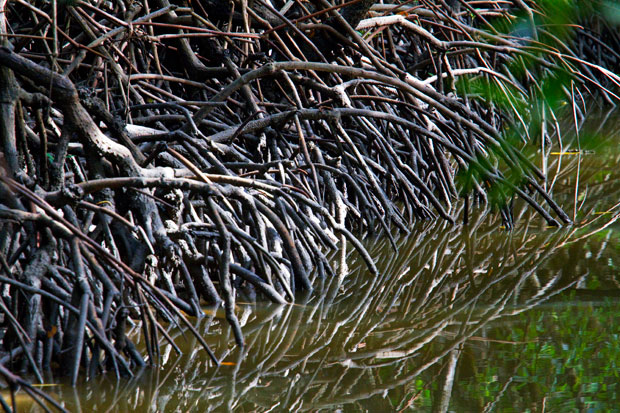 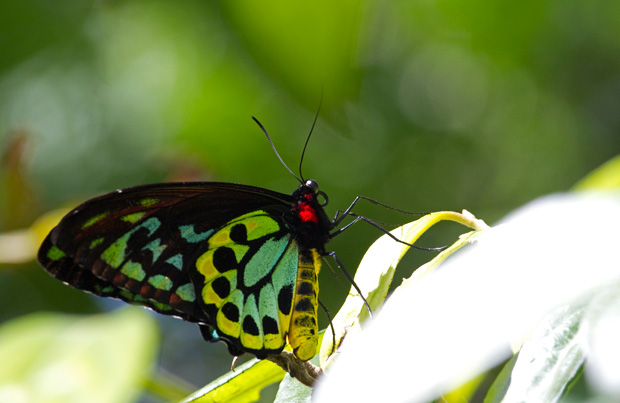 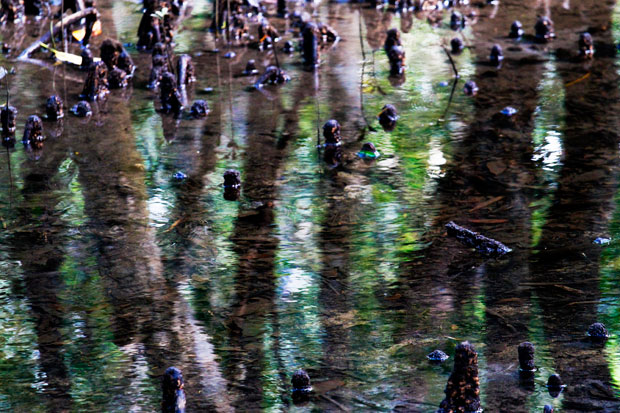 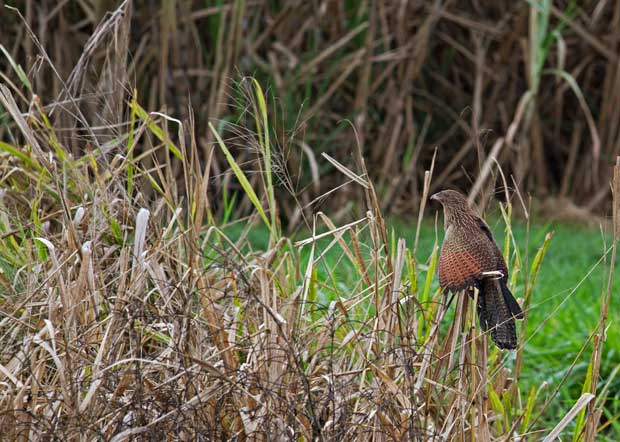 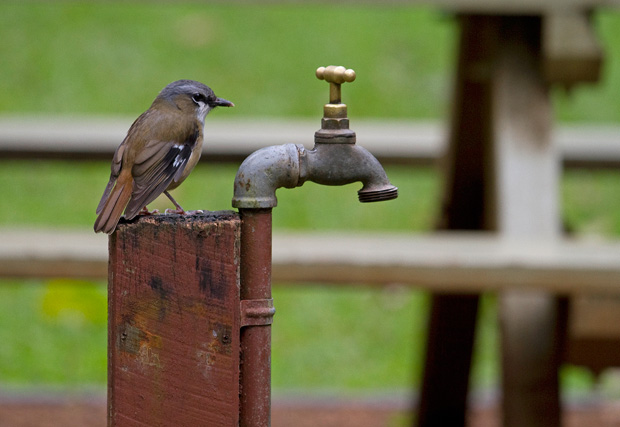 4 thoughts on “North Queensland in winter”