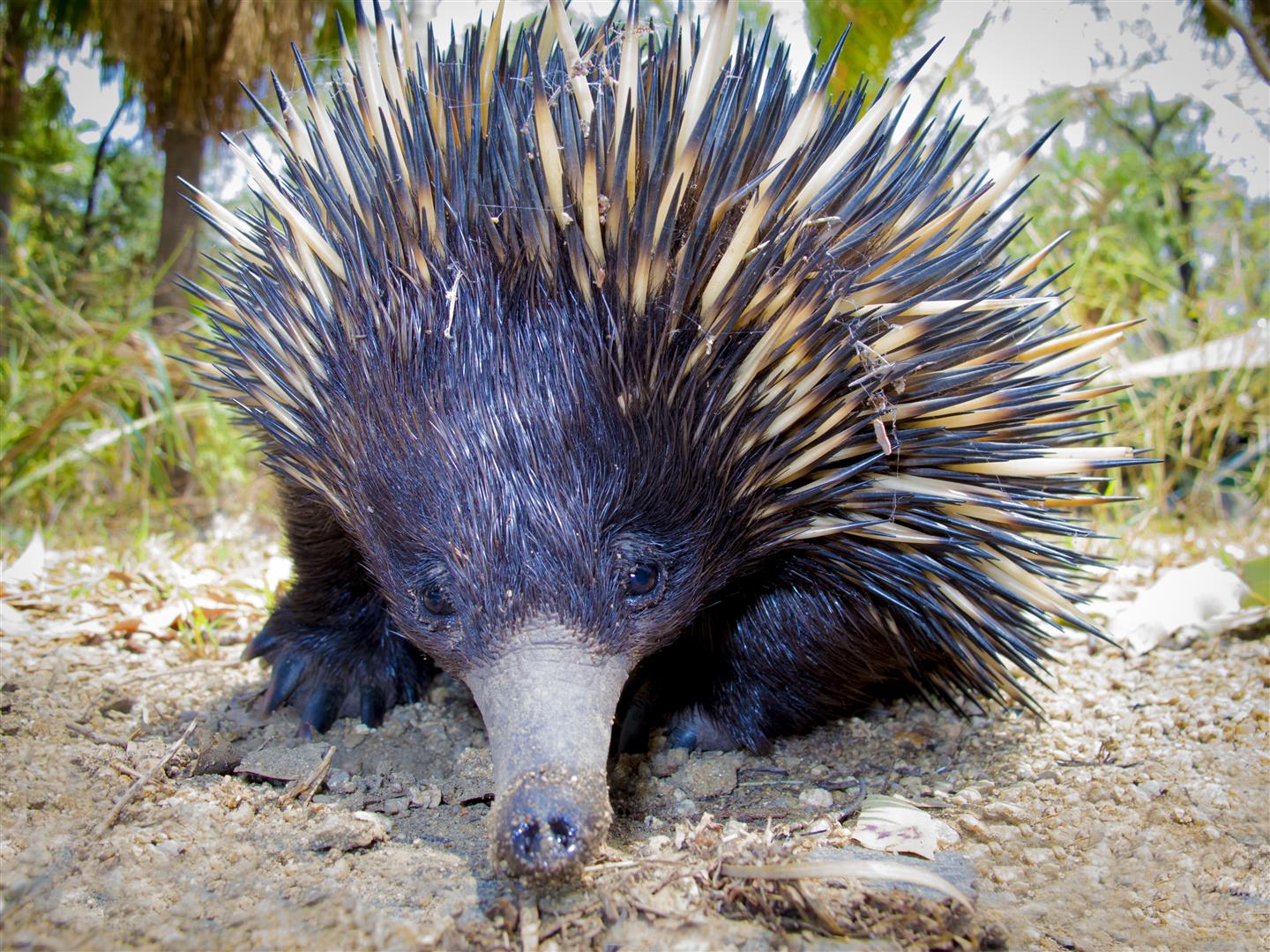 I’ve always found Echidnas tricky things to get a decent photograph of. They always seem very wary, burrowing into the earth as soon as you get near one, leaving only a bunch of spines to be photographed.

So, it was a pleasant surprise to at last meet a curious and somewhat confiding Echidna. Lying on the ground in front of the busy mammal, I was soon rewarded with some close-up shots as it trundled up and inspected the camera, even attempting to climb over it. 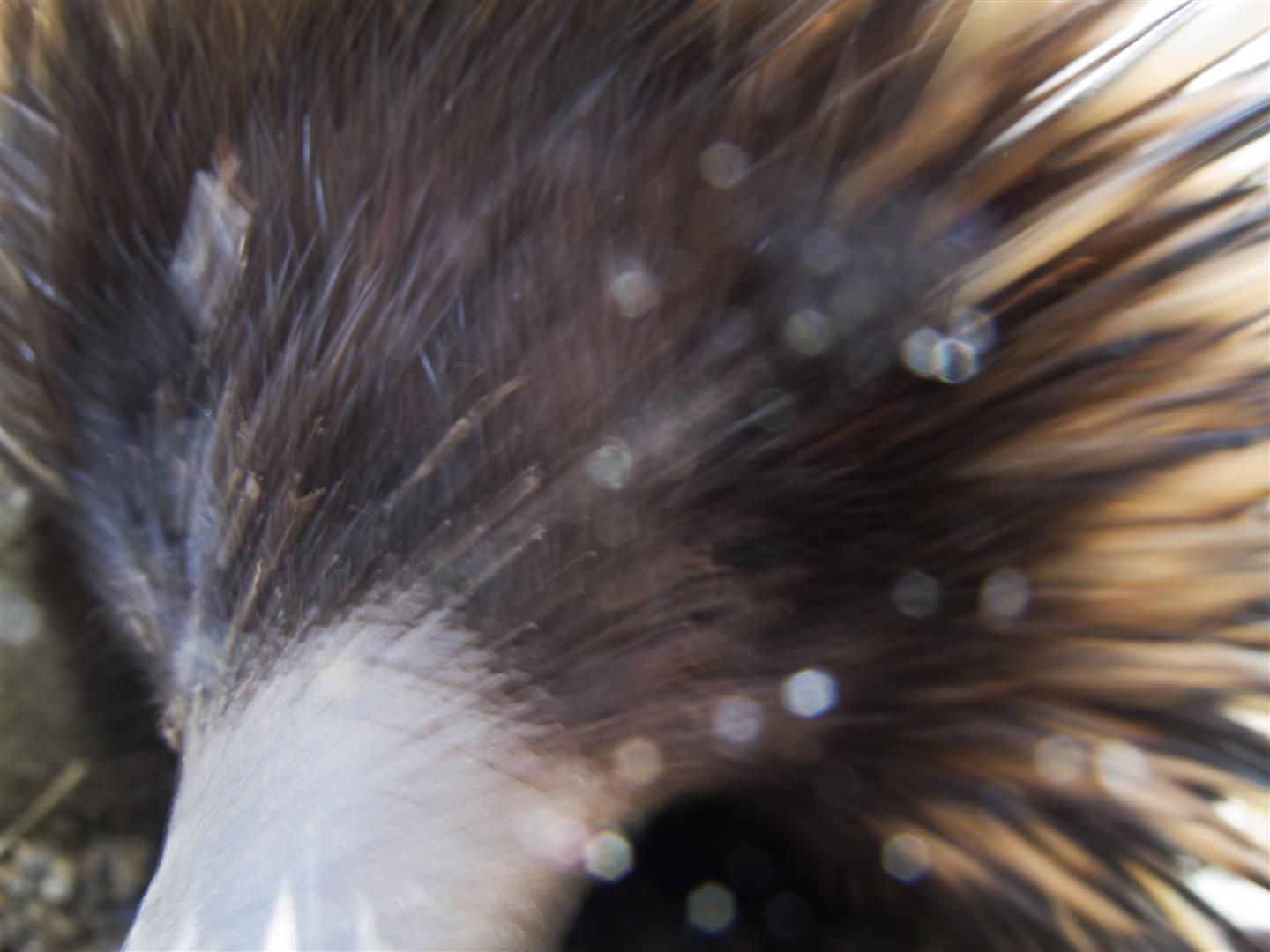 Eye-protection needed – the Echidna climbs over my camera. “A toothless, highly specialised feeder on ants, termites and other soil invertebrates, particularly beetle larvae. Food exposed by powerful digging and tearing into soil or rotten wood with forelimbs, then licked up with long, sticky tongue.” Frank Knight, A Field Guide to the Mammals of Australia .

Echidnas, like Platypus, are monotremes — egg-laying mammals. Female Echidnas carry a single egg, and later, the juvenile in a simple pouch on their belly.

Researchers are still discovering new things about these unusual mammals. One of the unique characteristics of monotremes is the spurs on the hind legs of males. In Platypuses the gland attached to the spur increases in size during the breeding season and produces a venom injected into competing males (the venom is highly toxic, causing excruciating pain that can take months to subside in humans). In male Echidnas, spurs are in the same position and the glands also get bigger during the breeding season. However, the spur cannot be erected and there have never been reports of anyone being envenomated by an Echidna. 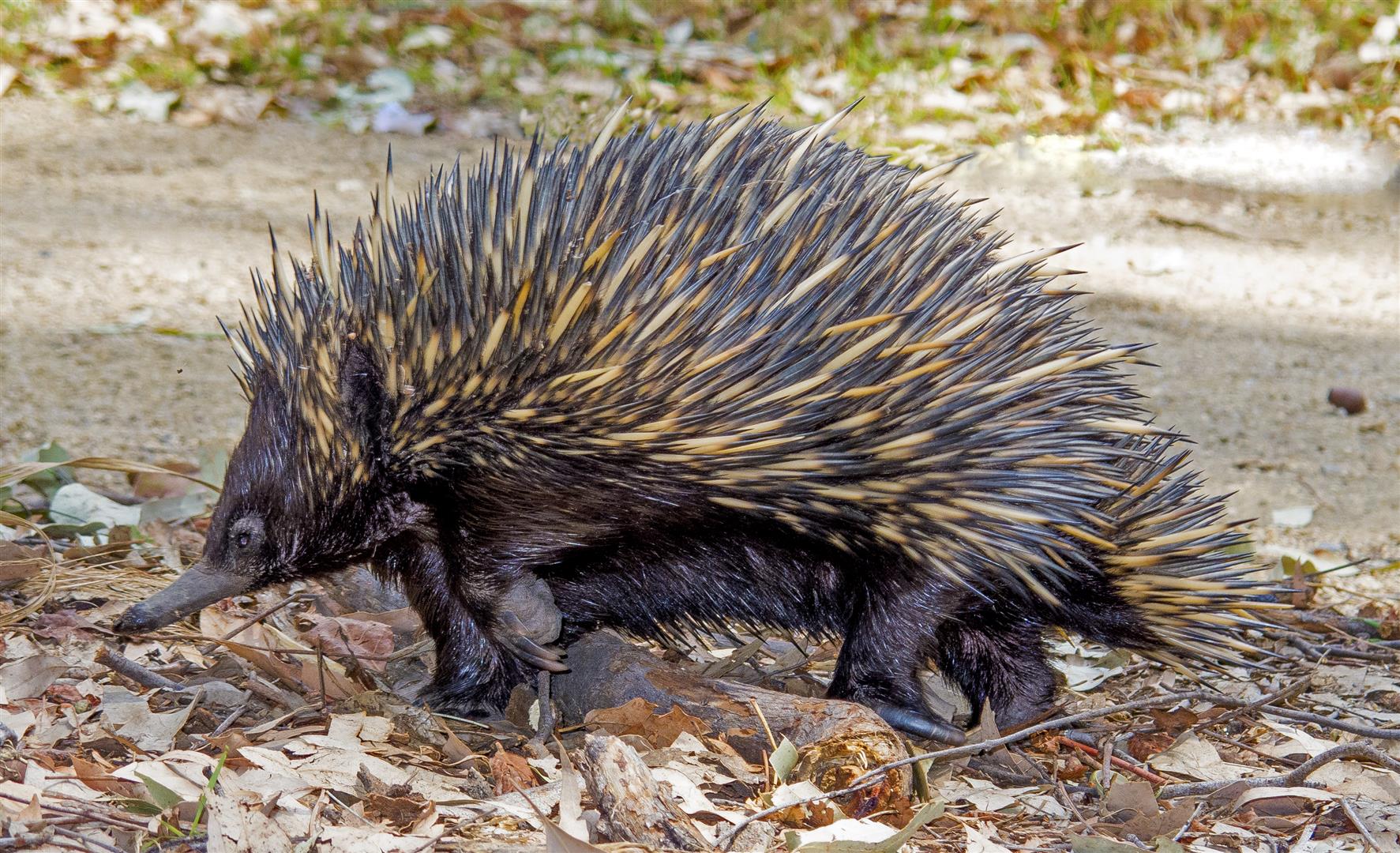 The purpose of an Echidna’s spur has until now been a bit of a mystery. Researchers from the University of Sydney have recently found that male Echidnas use secretions from their spurs to mark territory during the breeding season. They are unsure whether the mammals are communicating their readiness to mate, or using this to ward off other males. 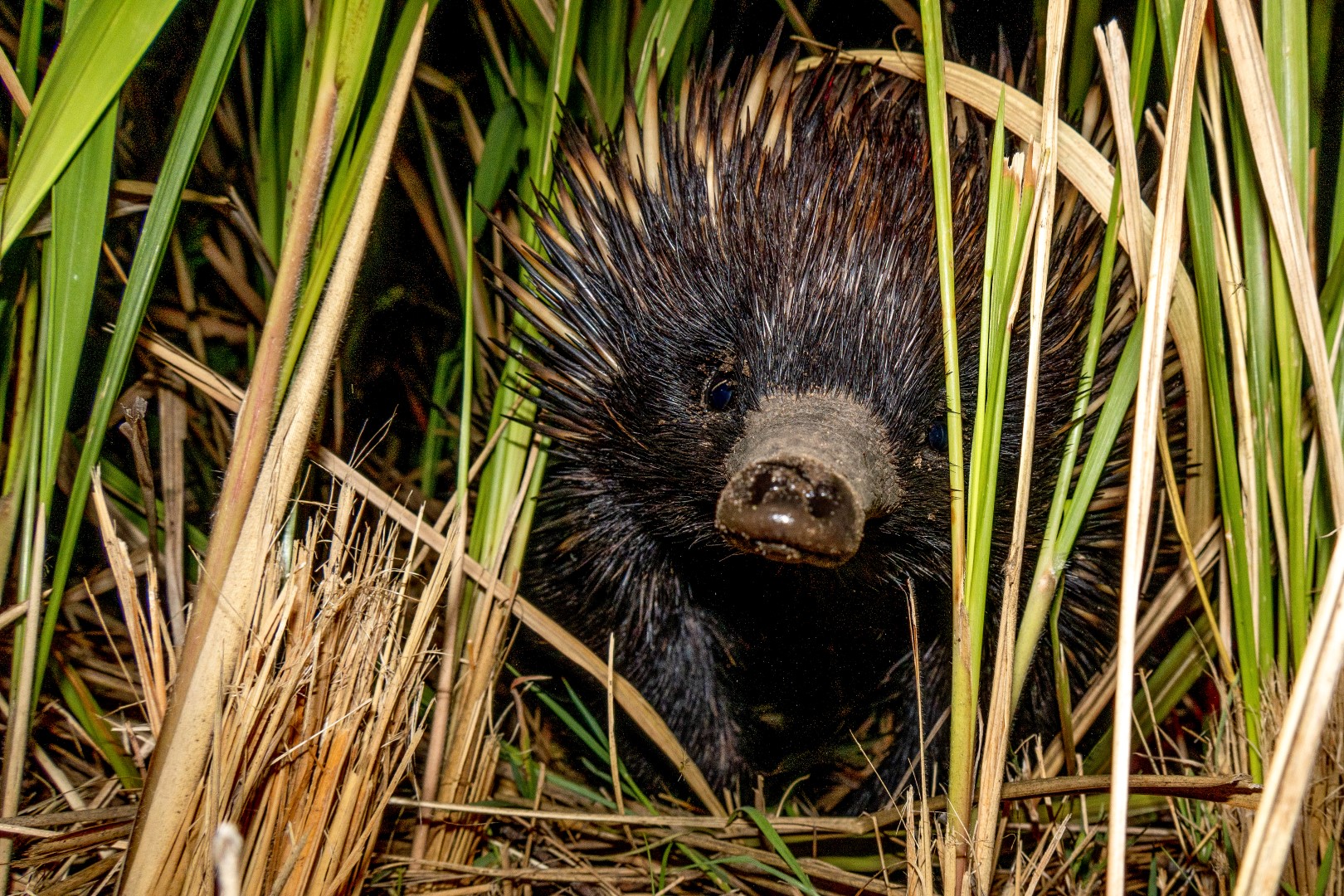 Genetic studies of the Echidna have revealed that the secretions were once toxic and may have been used for defence millions of years ago. The gradual disappearance of the venom in the spur secretion indicates a that the gland has evolved a new role. 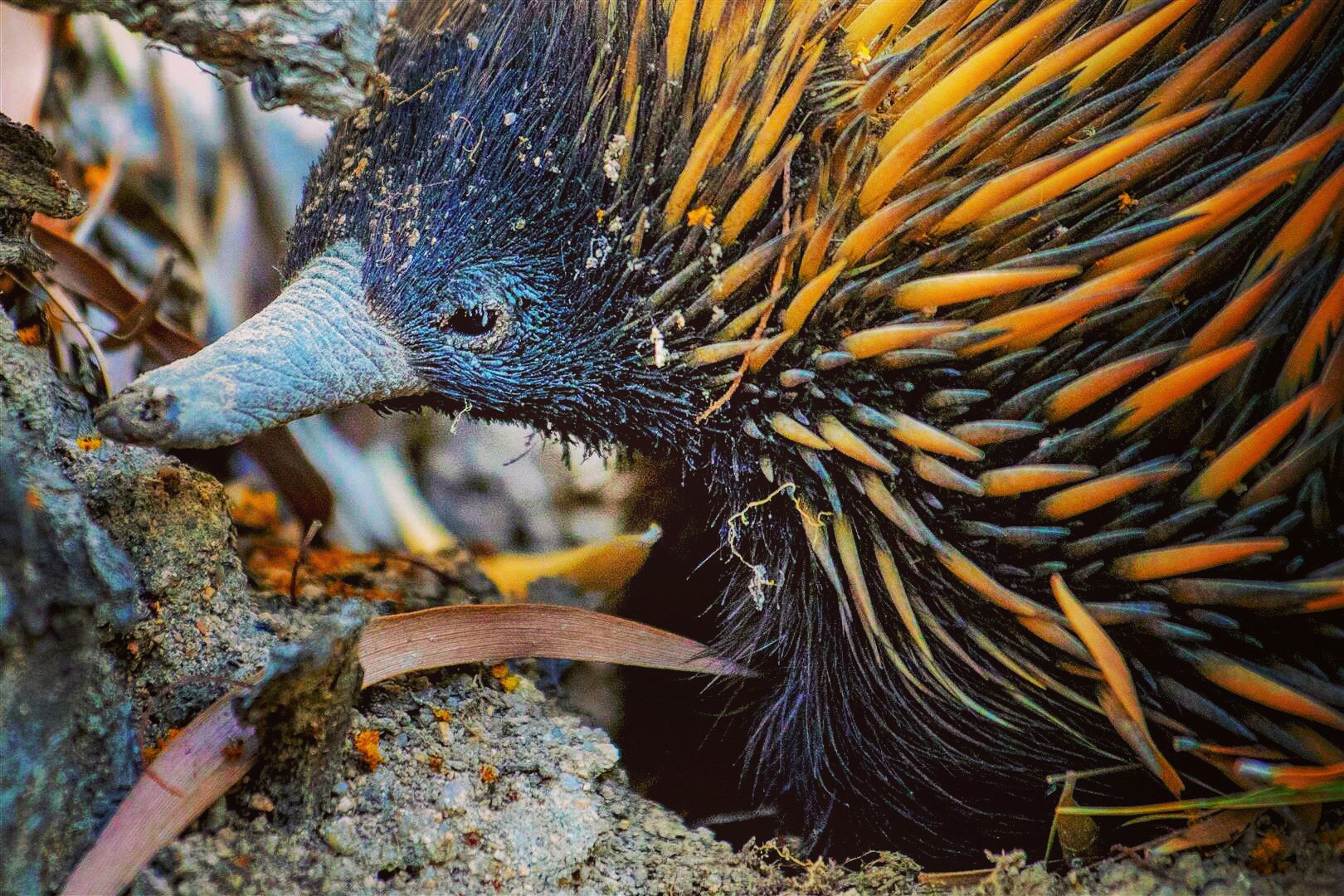 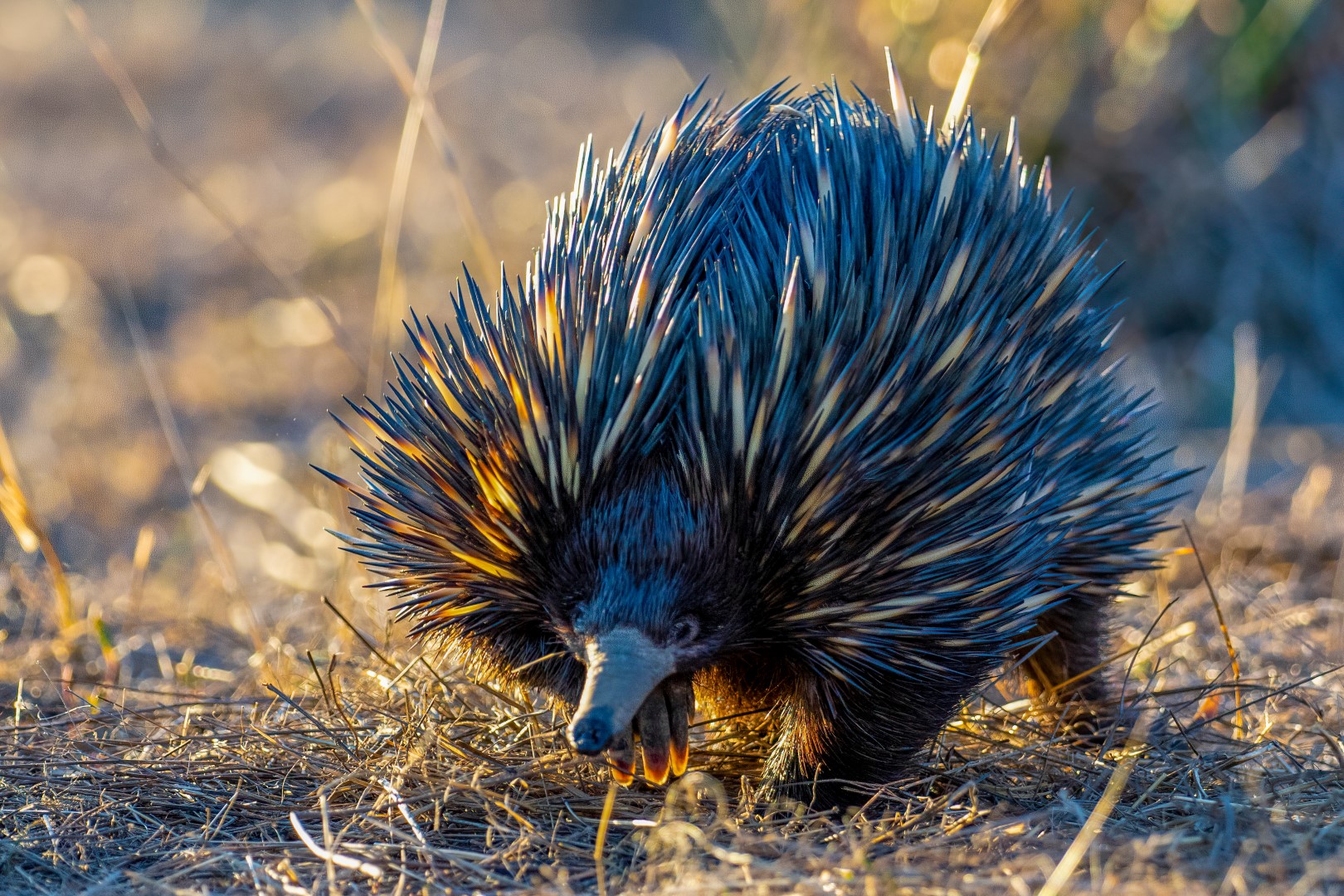 Trundling down to the dam for a drink. Highwoods, near Jimbour. 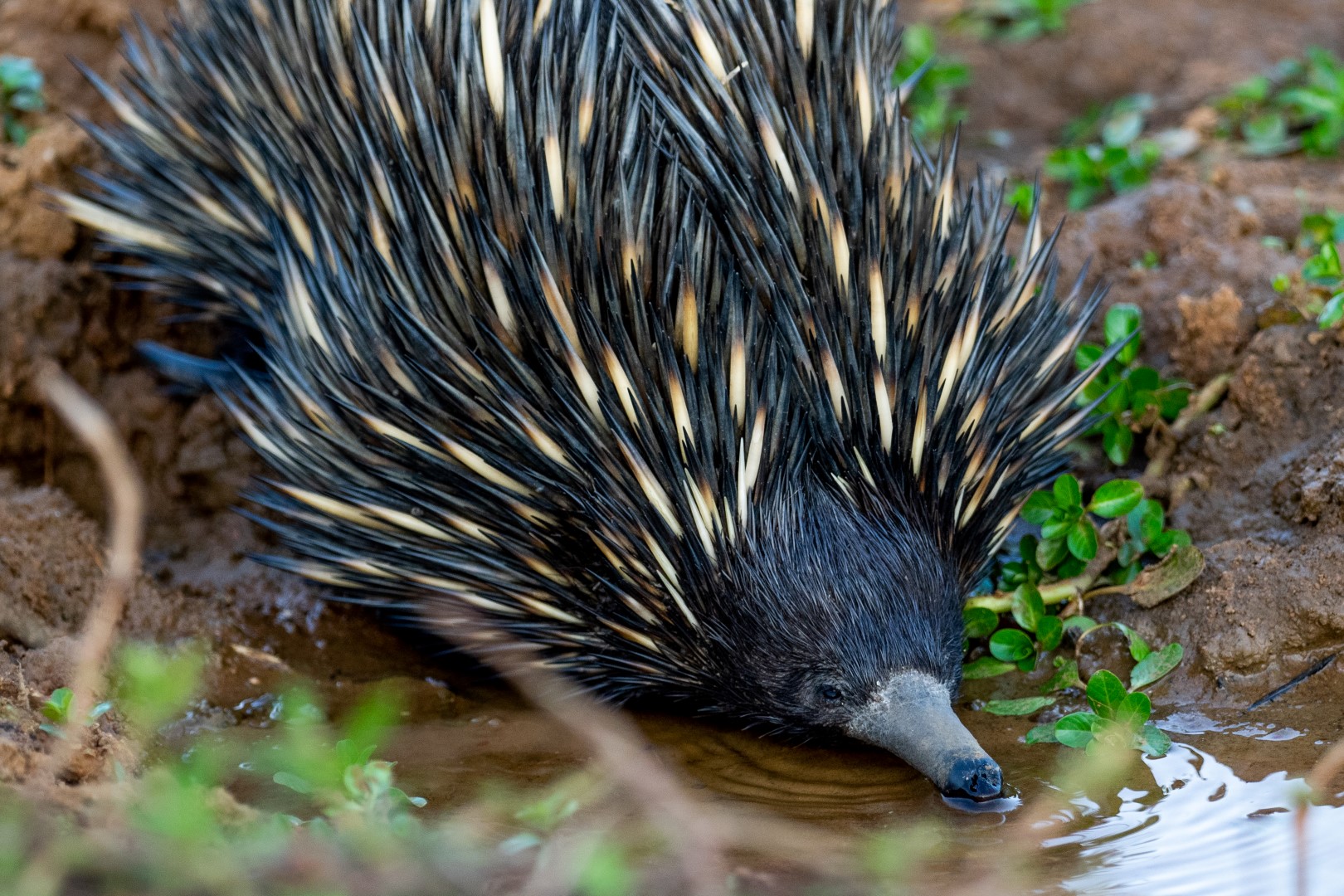 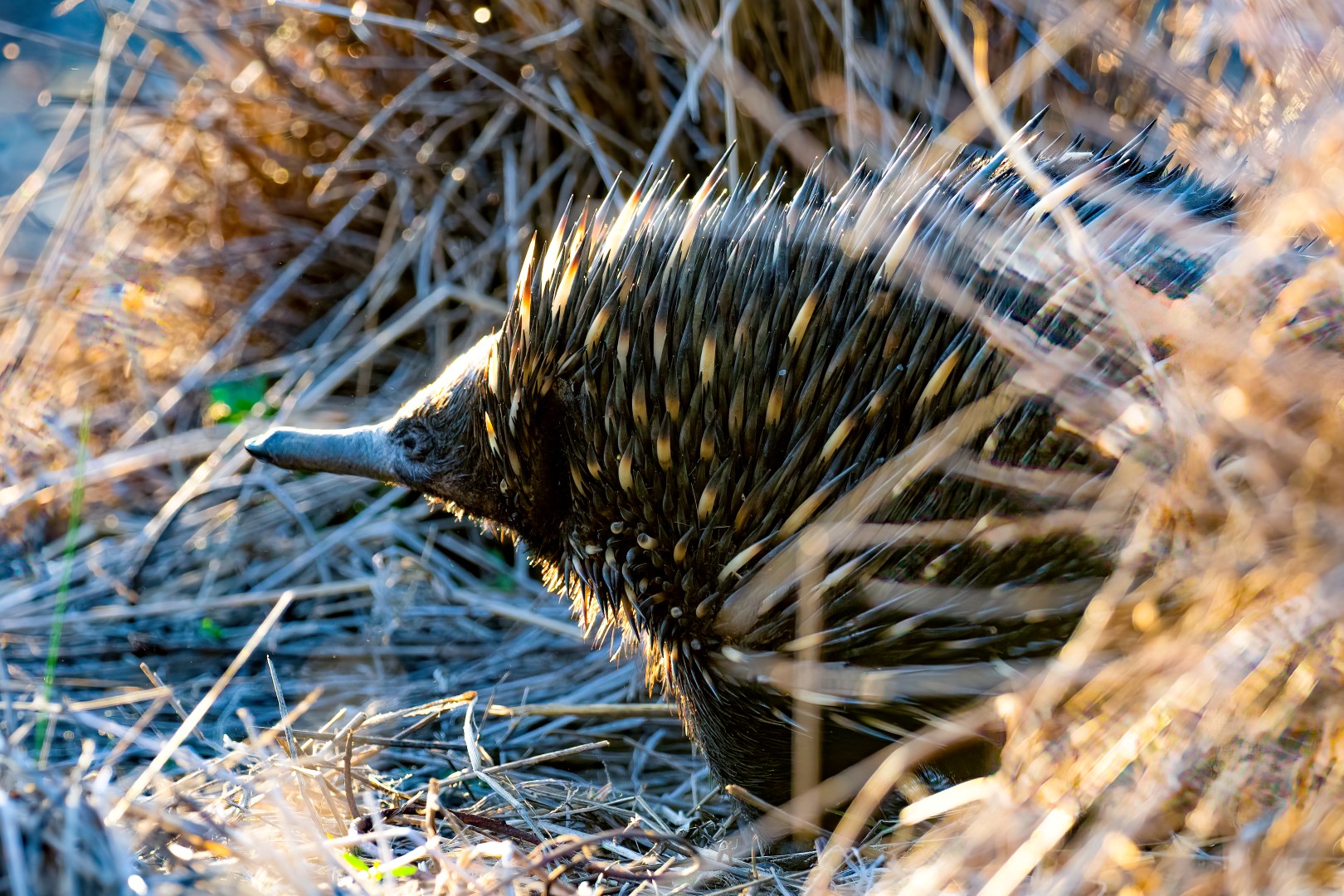 How the echidna lost its venom (the University of Sydney).