Colleague (and excellent photographer) Karen Smith writes of a close encounter with a most majestic bird at Sundown National Park in southern Queensland.

Experienced a once-in-a-lifetime moment last week at Red Rock Gorge when treated to the sights and sounds of a Peregrine Falcon learning to fly.

Unsure of its wings, the first-time flyer first landed firmly on a flat rock not far below the lookout. Amid a flurry of feathers and loud screeches it took off again only to return to land sideways on the trunk of a small tree — where it clung for dear life. Off again and out over the gorge, but still unsure it returned this time to land precariously on a vertical cliff face a little higher up. Frightened and wary of its next move, another attempt was made, resulting in it taking up a tree top post directly below us. And there it stayed, calling loudly at regular intervals. After a time, the sound of mum coming to give support was heard.

Wish I’d had Ashdown’s camera (and skill) because she landed for a short time on the railing of the upper section of the lookout (obviously a regular haunt). Realising we were there she took off in a hurry to land in the tree below her struggling offspring. And there they both stayed, calling to each other. We watched for a while, but with no further action and the day getting shorter we reluctantly had to leave.

I’ve been “bombed” by Peregrines at Main Range and watched birds dart for cover at home as these super-efficient predators come circling overhead, but never before seen something like this. Doubt I will ever experience it again. 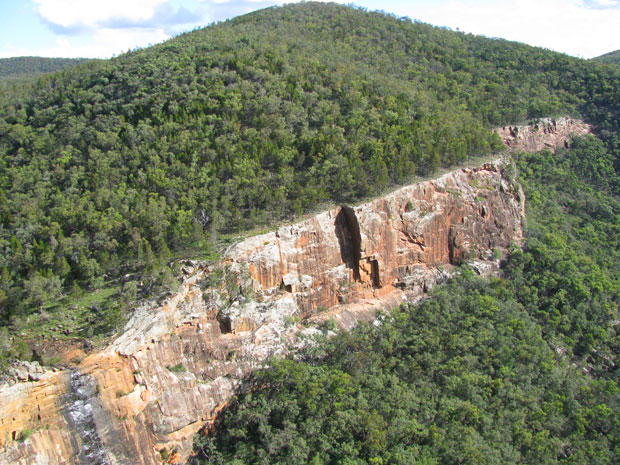 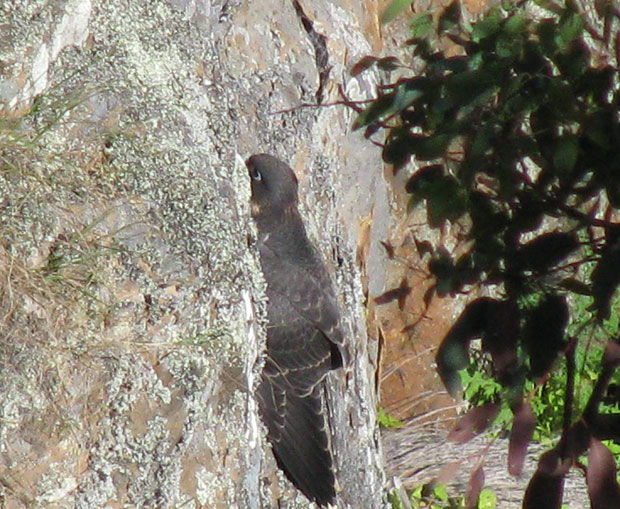 Bound for the skies but clinging to rock for a bit longer — young Peregrine on first flights. Photo Karen Smith. 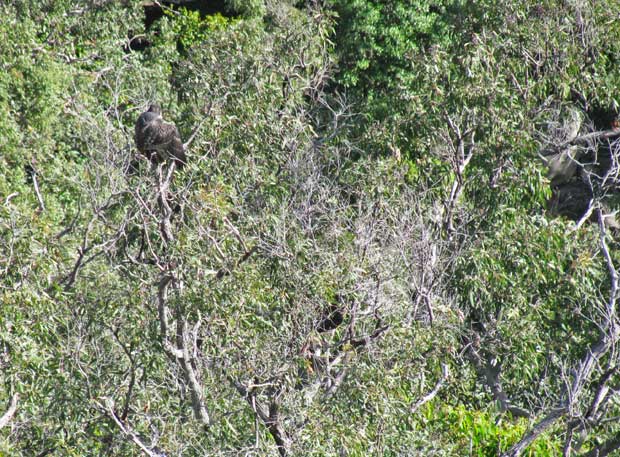 In the treetops after another attempt. Young Peregrines remain in the nest for 38 to 40 days, then are dependent on parents for up to three months. Photo Karen Smith. 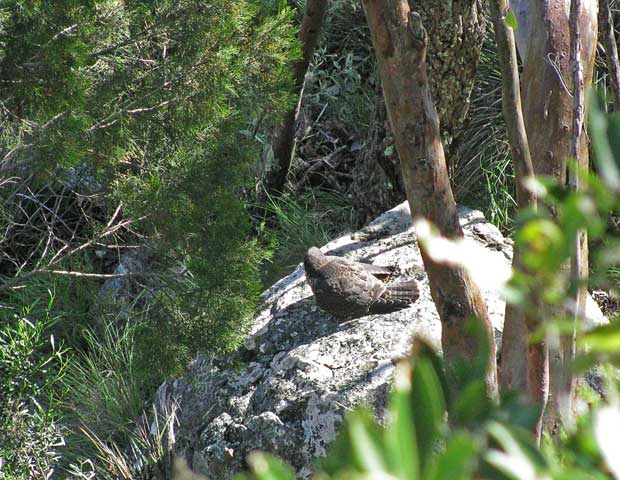 Juvenile Peregrine Falcons can remain in the nest area for up to eight months, after which they disperse widely — usually about 60km for males and 130km for females. Photo Karen Smith. 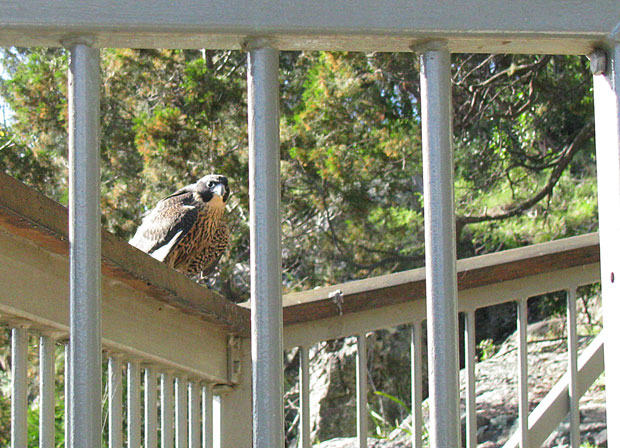 The steely gaze of a parent Peregrine, shortly before realising that humans were also using the lookout. Photo Karen Smith.