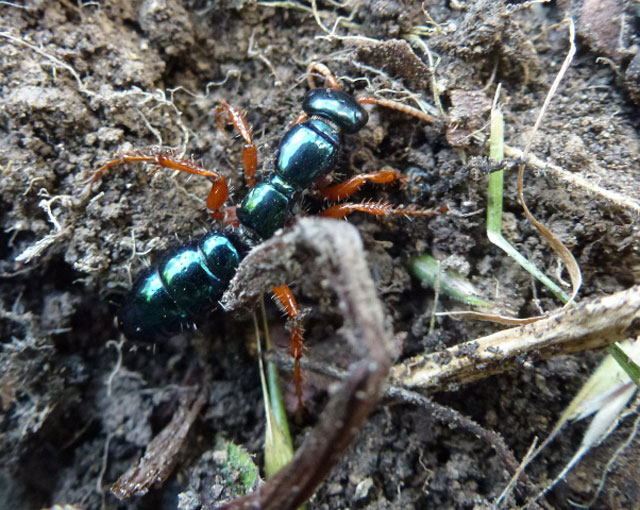 Blue Ants are actually a type of flower wasp, and only the females are flightless — the male looks more like a typical wasp with wings (it is smaller, slimmer and black with white spots on the abdomen). Many species of flower wasp have wingless females. Mating with such species occurs on the wing, with the male carrying the female wasp.

Female Blue Ants run along the ground in a jerky motion with head raised, searching for ground-dwelling insects such as beetle larvae and mole crickets. They paralyse the insect with a sting before laying eggs on it. On hatching, the wasp larvae eat the insect.

Adults of both sexes feed on nectar. They are found in Tasmania and south-eastern mainland Australia. Thanks to Rod Hobson for the ID.