Back in June 2010 I posted an article on naturalist Rod Hobson’s discovery of the fascinating glow-in-the-dark Ghost Fungus (Omphalotus nidiformis) on the edges the Toowoomba escarpment in eucalypt woodland.

Fungi are always fascinating, but the Ghost Fungus really stands out — especially at night. A chemical reaction between fungal enzymes and oxygen causes a ghostly, and quite powerful, luminescence. 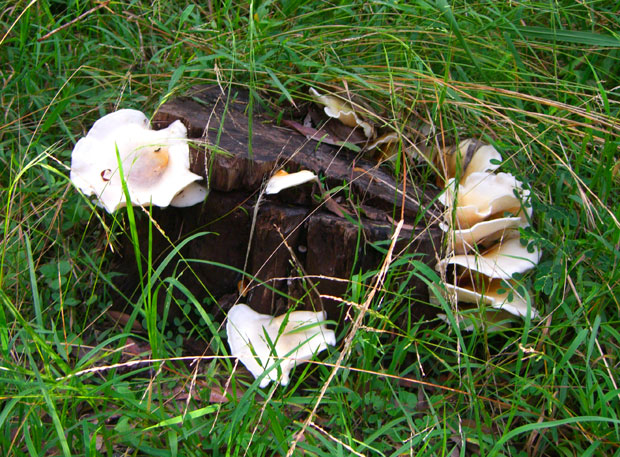 In December of 2010 I was walking with my 10-year old son in some urban bushland not far from home, when he drew my attention to a large patch of fungus on a tree stump, saying they looked like the Ghost Fungus. I was pretty sceptical, but we returned that night and sure enough, a mysterious ghow could be seen from a fair way down the track as we approached. Spectacular and enchanting stuff.

I did not photograph them then, and when I returned in early January, there was no sign of them on the stump at all. As Rod reminded me, what we see as a fungus is only the fruiting body of the organism, with the main part invisible within the bark of stump or in the ground. Still disappointing though. Show yourself, fungus! 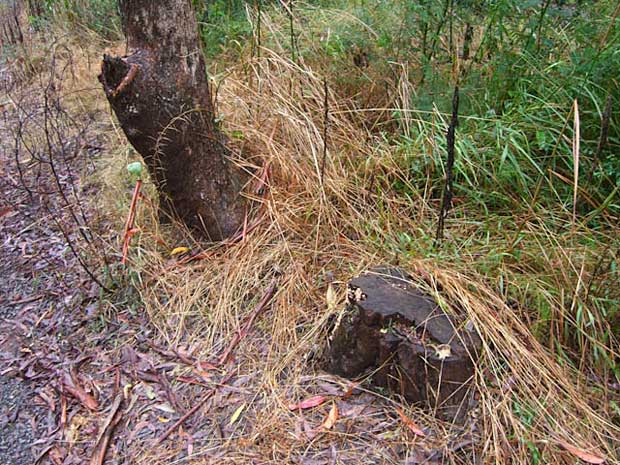 After outrageous amounts of rain, and even floods through the rest of this year (flood, what flood?), the fungi magically reappeared, bigger than ever, so last night I set out with Harry in the howling wind and rain to see if we could sneak up and capture some images of the elusive things glowing away happily. 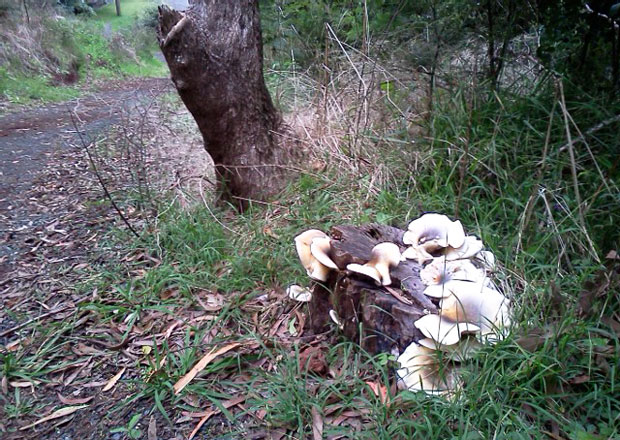 Yes, they were indeed glowing, but capturing them was not easy, despite their sedentary nature. Howling gales looked set to bring trees down, and rain pelted us. For some bizarre reason scrub ticks were out in this weather and Harry ended up taking one home with him, firmly attached (the trials of the assistant).

After answering the lad’s reasonable question about how I would work out an accurate night exposure of barely-visible fungi in near cyclonic conditions (“Textbook mate — mess about with tripod, attempt to focus, set on manual, guess an f-stop, open shutter, count to a hundred, then count to a hundred again, close shutter, peer at screen, curse and mumble, repeat process with different variables etc etc.”) we took a few photos, with the hapless kid holding an umbrella over me, the camera and the fungus. It got wearying, with little result, and constant water all over the lens. “Just one more,” I said, and we sat and counted erratically to two hundred again. “It’s completely bloody black!” I moaned, looking at the resulting image on the screen. “Dad,” came a weary and mildly astonished voice, “you’ve still got the lens cap on!” Hmmm. 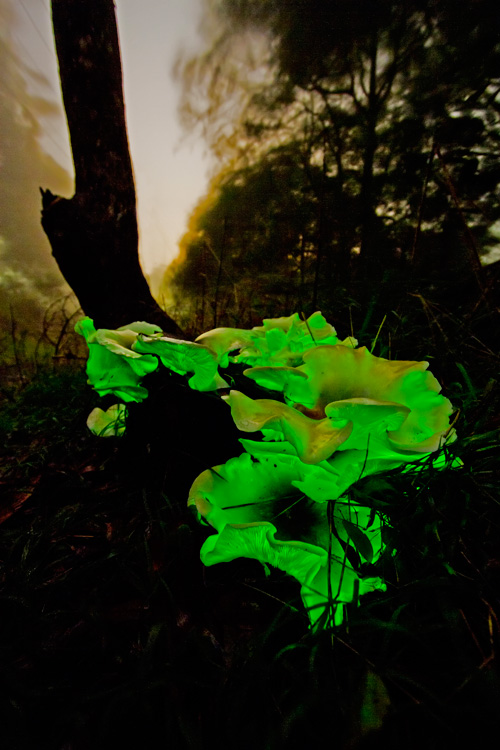 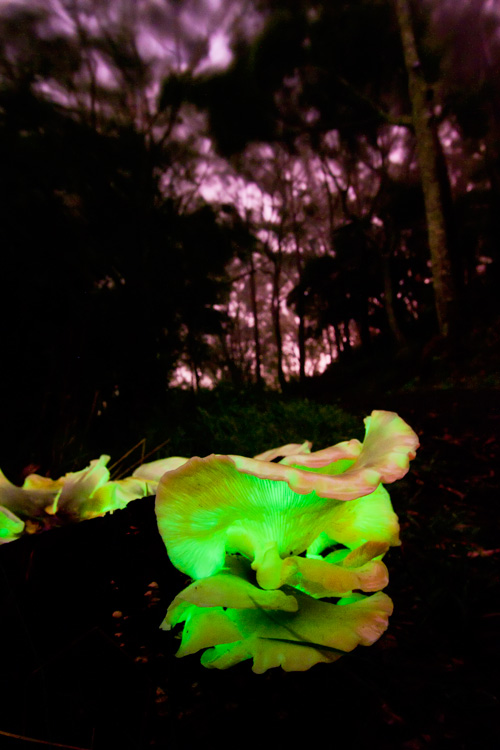 Eventually we got two shots that worked, and back home we both agreed it was worth the uncomfortable excursion. What a mysterious, magical, and even ghostly thing fungi are!

5 thoughts on “Return of the ghostly Ghost Fungus!”