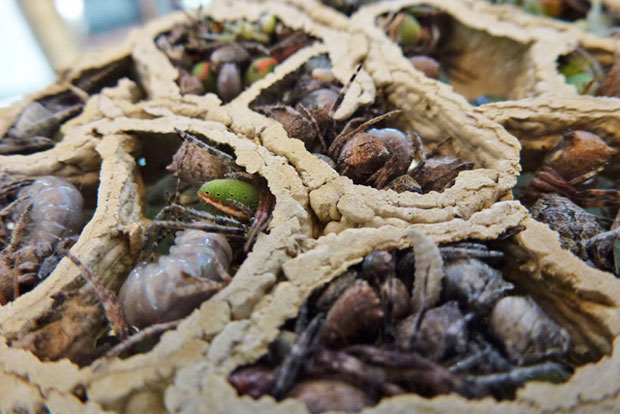 A collection of spiders stored inside the cells of an opened mud wasp nest. Porcupine Ridge, Victoria. Photo R. Mancini.

There are many species of Australian mud wasp, which belong to the Families Specidae and Vespidae. While varying in colour and size, they are often black with yellow or orange bands. Mud wasps are solitary insects, feeding on nectar and drinking water. 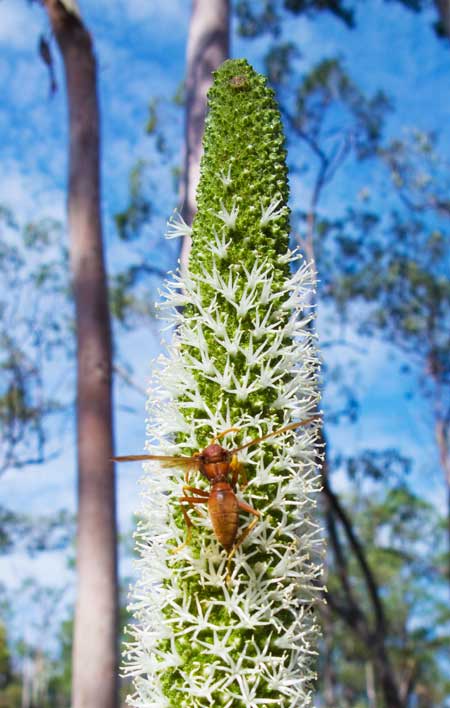 Mud wasps can be seen near the edges of puddles or streams drinking or gathering mud for their nests. 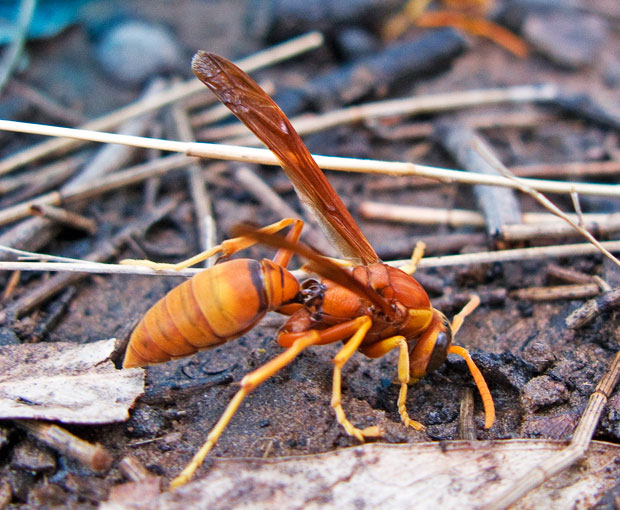 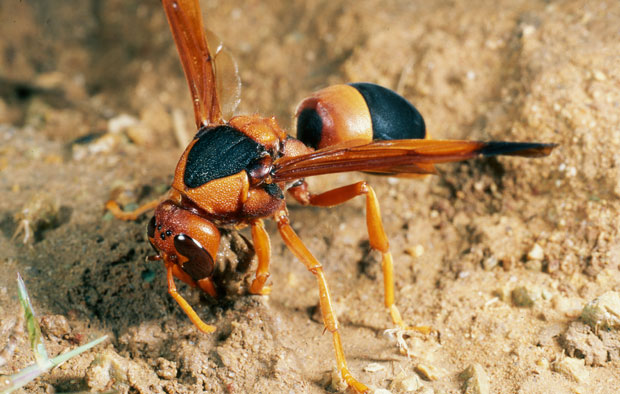 A large and colourful Potter Wasp (Abispa ephippium) collects mud from my eroded driveway. Potter Wasps live in open habitats and gardens, and are found across much of mainland Australia.

Nests are constructed by single female wasps. Some species build their nests in cavities such as in trees or old machinery (even taps), while others attached their mud nests to tree trucks, rocks, or in Rob’s case, buildings. 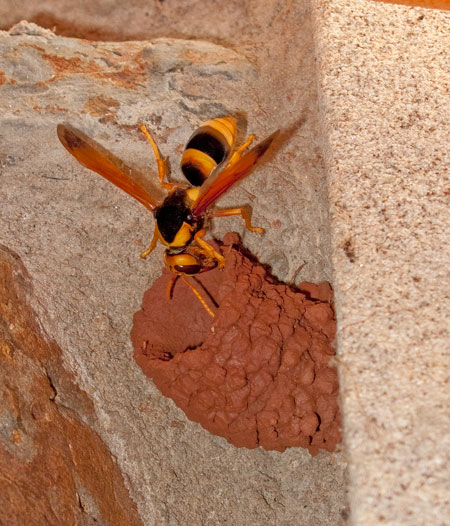 A Potter Wasp at work on Rob and Catherine's beautiful stone house, Toowoomba. The nest of the Potter Wasp contains many cells filled with caterpillars as food for larvae. A temporary entrance funnel (seen here) is built while the cells are being filled. Female wasps search for prey around trees and shrubs, using their jaws to cut into the shelters of leaf-tying caterpillars. Photo R. Ashdown

The female catches a spider or insect (depending on species of wasp), then stings and paralyses it. The hapless insect is carried back to the nest, whe an egg is laid on it and the nest sealed. When the wasp grub hatches it consumes the food provided and pupates in the cell. The emerging adult wasp then chews its way out of the cell. 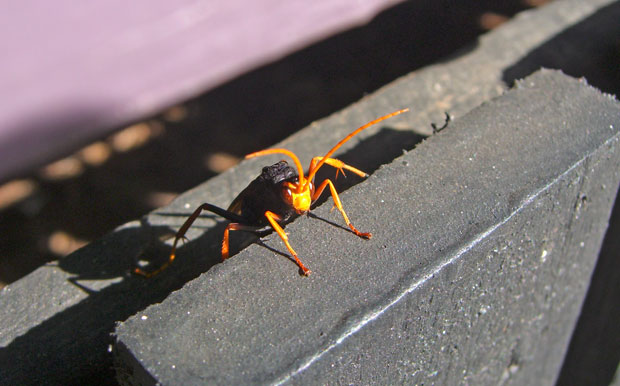 On the prowl for spiders. Toowoomba. This is actually not a mud nest builder, it's an Australian Spider Wasp. They catch large Huntsman Spiders and drag them back to their burrows in the ground. Toowoomba. Photo R. Ashdown. 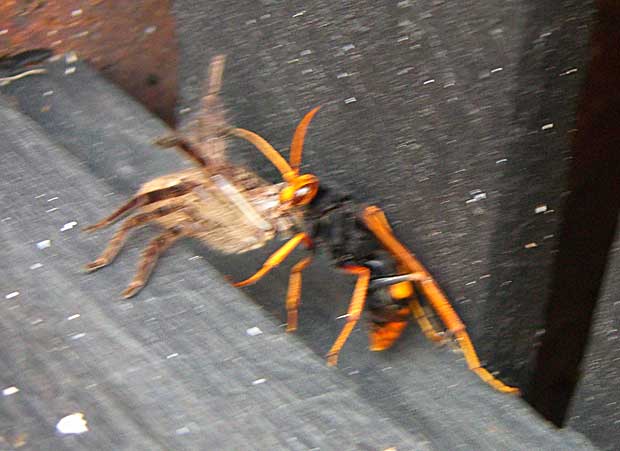 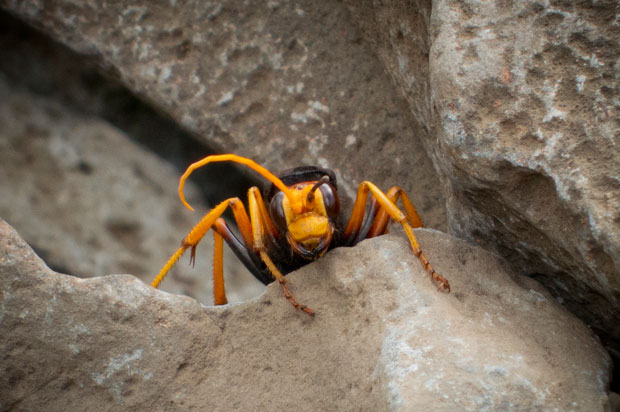 Mud wasps are native animals. They are not pests and rarely sting, as they are not usually aggressive to humans.