For the second time since I’ve moved to Toowoomba about a decade ago, we’ve heard the quiet wail of a Graceful Treefrog (Litoria gracilenta) in the back-yard. The sound brought back a few memories. 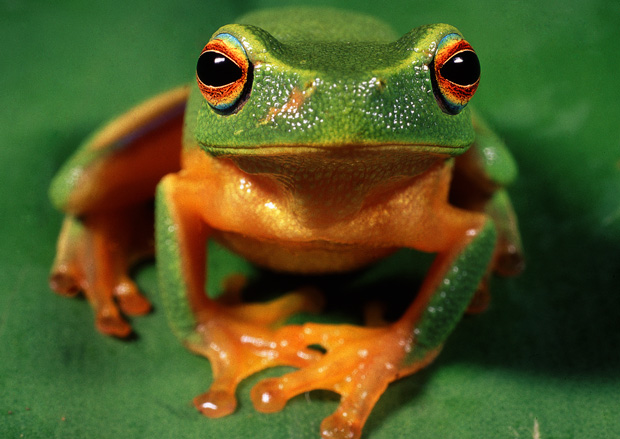 Graceful Tree Frog (Litoria gracilenta), Lota, Brisbane. One of several species of 'green' frogs that can be found in Brisbane, the Graceful Treefrog is about 45mm long. The species lives in a range of habitats, from gardens to farmland, but is not found in rainforest or wallum heath. Photo R. Ashdown.

I used to look forward to the calls of these frogs during summer when I lived in Brisbane. As the air grew humid and the sound of distant thunder rolled across a still suburb, the rising wail of a Graceful Tree Frog would be heard coming from high up in the dark-green canopy of the old mango tree that took up most of my small backyard and which had the swing attached that my one-year old son was so fond of. I would imagine the frogs flat against the swinging mango leaves for the cold months, almost sealed to the leaf, everything tucked in to reduce moisture loss, probably dreaming frog dreams of the coming rains. 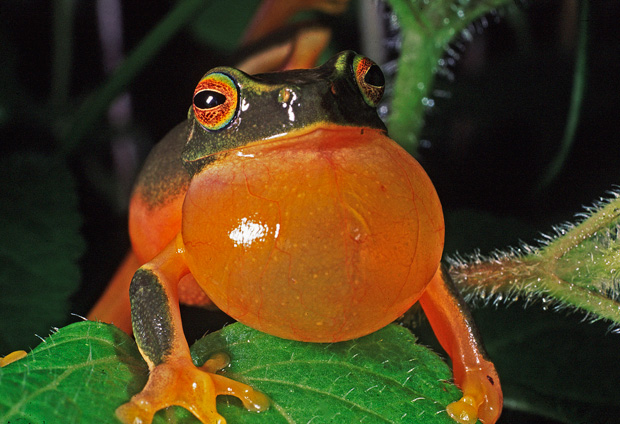 A male Graceful Treefrog calling. The call has been described as a long drawn-out moaning "aaaare". Males call from the water's edge and from overhanging vegetation. Photo R. Ashdown.

If the rain persisted, after several days a huge chorus of wailing frogs would drift up from a creek a hundred metres down the road. It was the largest chorus I’d heard of frogs in my suburb, and after the rain ceased the calls would go all night, an eerie but somehow calming background soundtrack to a summer night. I’d sneak down there at night with a torch and a camera, to the vacant block between houses, and see stacks of these stunning emerald amphibians lining the edges of the creek calling. They’d probably been doing this there for many decades or probably centuries. 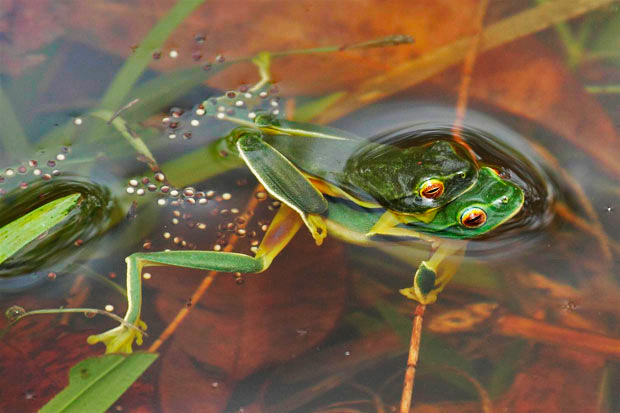 Graceful Tree Frogs in 'amplexus'. The male grasps the female and fertilises the eggs she lays. The frogs lay a single layer mass or small clump of eggs just below the surface of water, and sometimes the eggs are attached to floating vegetation. They will lay eggs in temporarily flooded areas, and even in buckets or swimming pools. Photo taken at Boondall wetlands, Brisbane, by Mike Peisley.

Sadly, I was there when this summer gathering ceased for good, as the block was developed for houses, the old paper-barks trashed and the creek lined with pipes and concrete. The red-bellied black snakes and the frogs all moved out or were killed. Progress always has its quiet, usually-unnoticed down-sides in a city like Brisbane, where the landscape is gradually changed and the many small creatures vanish as their habitat suffers the death of a thousand cuts. It was a sadder summer season there without the nightly chorus of these graceful frogs. 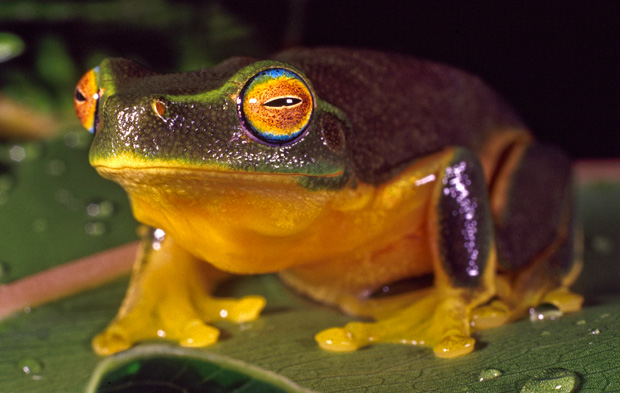 Brisbane is lucky enough to have forty-three recorded species of frogs, although two are now extinct. Many species are common and widespread, but some are disappearing. As bushland and temporary wetlands vanish, some species are becoming harder to see. Photo R. Ashdown.