Like the Echidna (previous post), the Cunningham’s Skink is another somewhat shy and nervous animal, at least where stumbling photographers are concerned. I photographed this dark specimen in a pile of rocks just outside the ranger’s house at Sundown National Park. 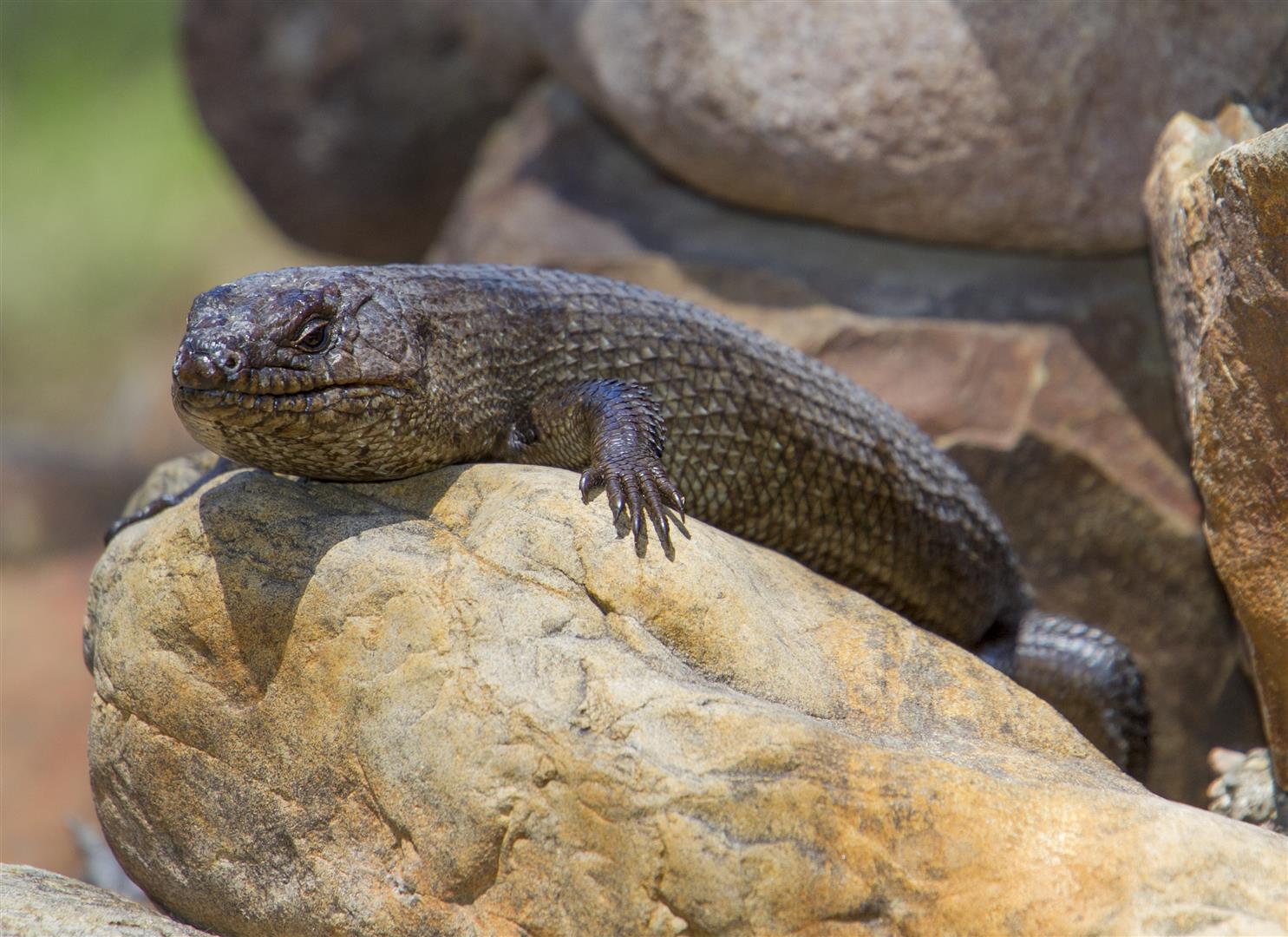 Cunningham’s Skink (Egernia cunninghami), Sundown National Park. There are 11 species of Egernia in Queensland, with some being among the largest skinks in the world. They are diurnal (usually active during the day), and bask in semi-concealed sites near the shelter of rocks or hollow logs. They bear live young. Photograph Robert Ashdown.