Spotted Harriers (Circus assimilis) are one of my favourite birds. I rarely get to see them but when I do it’s always a thrill. Often it’s while driving through the Darling Downs, usually when it’s almost impossible to pull over, a glimpse of a large, colourful raptor, sailing low and slow over a field, wings swept up, hoping to flush out small birds from below to dive on. 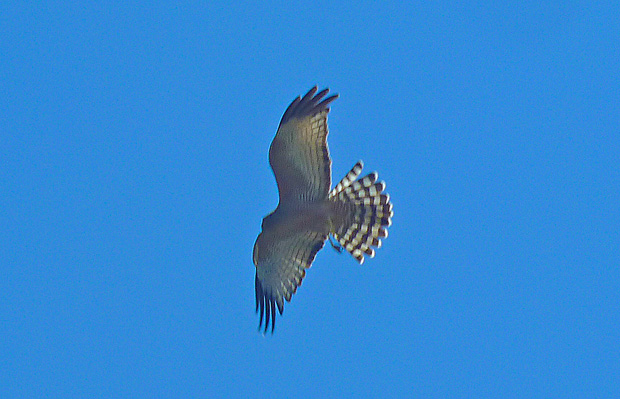 Adult spotted Harrier in flight. These raptors are solitary and nomadic and their numbers increase rapidly with booms in their prey —  usually small mammals, ground-dwelling birds, reptiles or insects. They find temporary mates and their courtship display sees them fly to a great height before descending in slow spirals and side-slips, occasionally plummeting with half-closed wings. Photo copyright Paula Halford.

Having these birds nest on your patch must be exciting for a wildlife fan. Paula Halford, from the Mount Tyson area on the Darling Downs, has had that pleasure. She’s sent some great images and notes, and generously given me permission to share them.

The parents nested in some mistletoe at the top of an ancient Mountain Coolibah about 50 metres from our house, so we have been watching them for the last three or four months.  They are right next to a ripening barley field where the parents mostly hunt however they go much further afield down on the paddocks of wheat and barley. 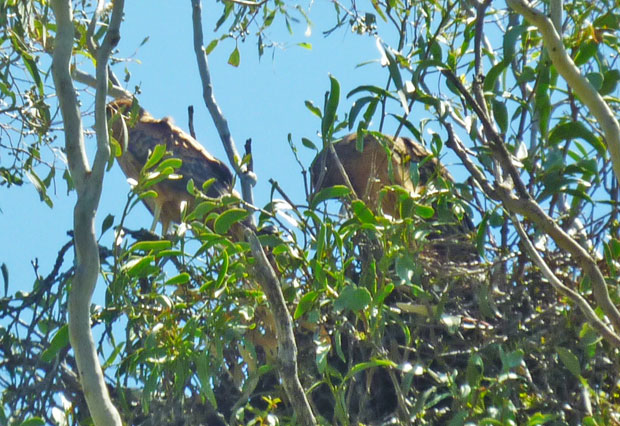 Juvenile harriers on the nest. These birds breed between July and October, laying two to four eggs. Males help incubate the eggs, while the female assists him with hunting. Although most of the clutch is usually reared, there is a definite pecking order among chicks, with the dominant bird cowing the others. Photo copyright Paula Halford.

The two chicks have been flying for about two weeks now and one of the adults (the other has departed the scene) takes them off hunting through the day. The magpies and peewees were always bombing the parents now the chicks have a bit of sport of an afternoon returning the favour! 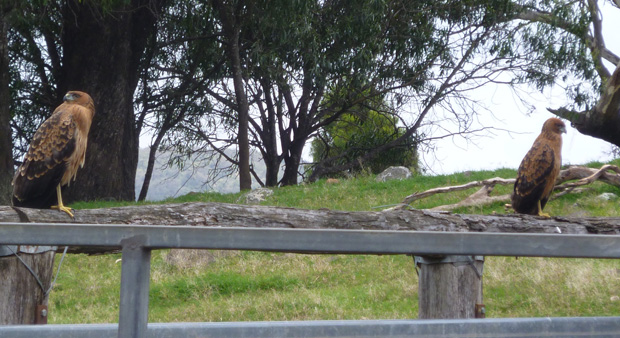 I never tire of watching them swooping and dipping with their five black wing tips curled outspread with the sunlight coming through.  They are an awesome sight. Yellow legs, striped tails and spotted plumage and such a regal head.  I think one of the chicks is a male — he is bigger and much more demanding than the other! 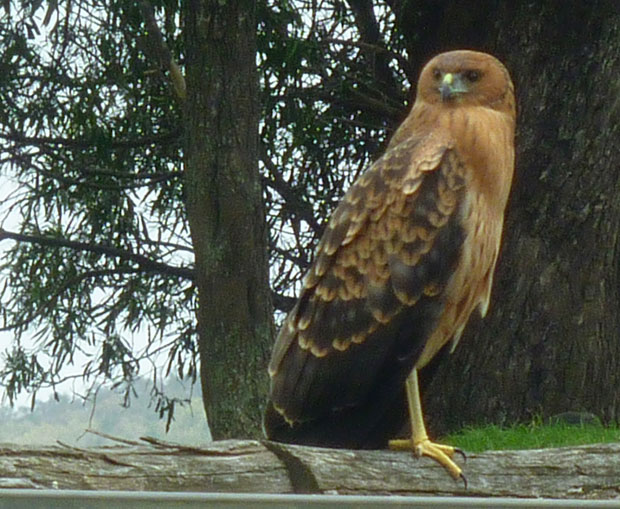 As an adult this bird will develop a beautiful smoky-grey and chestnut plumage. Juvenile Spotted Harriers have been known to disperse or migrate up to 1,600 km. Photo copyright Paula Halford.

We’ll be sorry to see them go and just hope they will come back again to the same next next year. 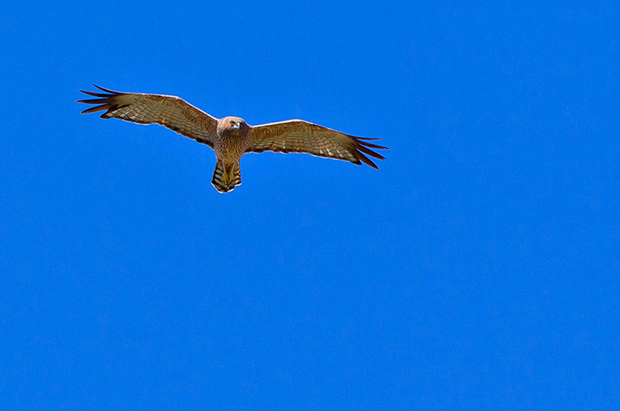 To see something of Paula, and other people’s, great work in conserving the Grassland Earless Dragon, a rare reptile of the Darling Downs grasslands, see: