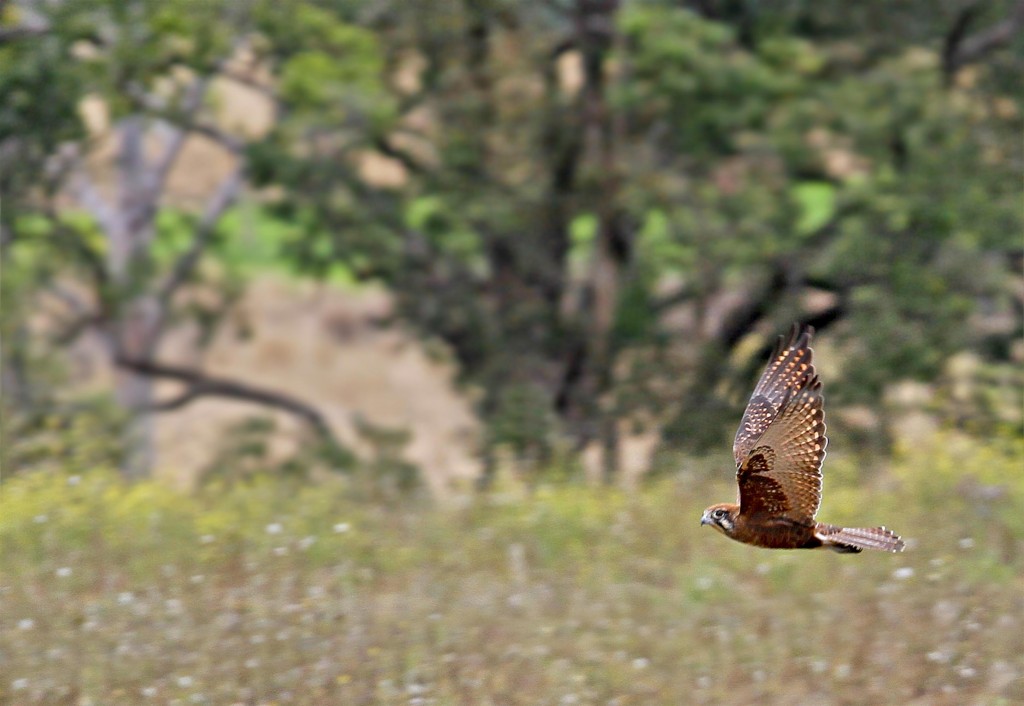 Brown Falcon (Falco berigora) on the wing, Darling Downs. Described in a field guide as “pot-bellied and scruffy”, I consider this to be a most striking raptor. All photos R. Ashdown.

On the second day of November in 2012, Queensland Parks and Wildlife Service ranger Rod Hobson spied an adult male Brown Falcon trapped on a barbed-wire fence on the Back Flagstone Creek Road, at Lilydale, to the east of Toowoomba.

He extricated the injured bird and left it with wildlife carer Trish LeeHong at Murphys Creek. Trish who does a wonderful and difficult job looking after all manner of native creatures.

Nineteen days later Rod returned the rehabilitated bird to Lilydale for release. “The female will be here somewhere,” Rod said as we approached the spot. Sure enough, we soon found the female falcon perched close to the road. 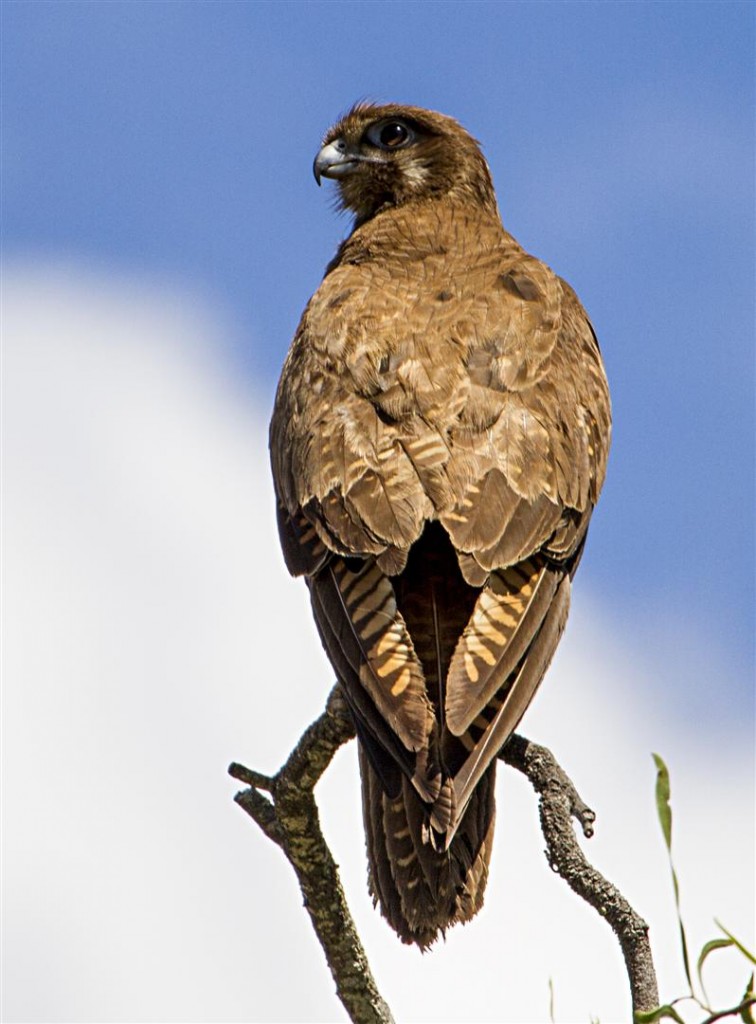 The female Brown Falcon eyes us warily from her perch close to the road. One of six Australian falcon species, Brown Falcons are typically seen perched on fences, poles, tops of dead trees and even electricity wires.

Rod carefully extricated the the feisty male falcon from a carrying box and it was soon on its way skyward. 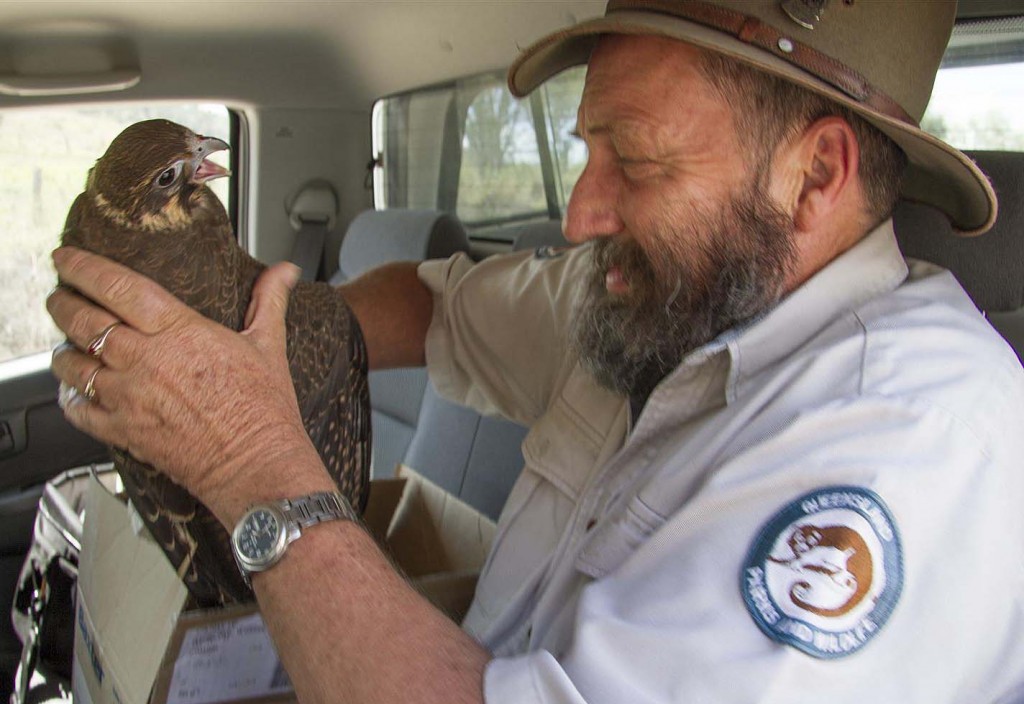 Rehabilitated male Brown Falcon, not happy about being handled by a human. The dark facial markings  and dark eyes, as well as conspicuous orbital skin and other bare parts, is typical of our falcons. 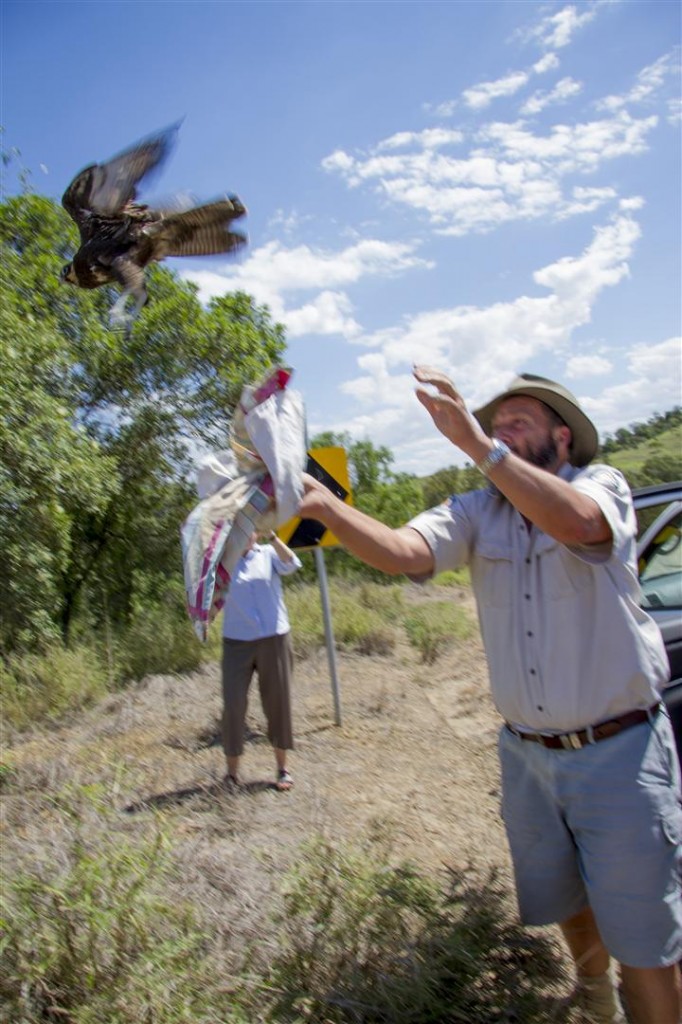 On its way up and out. Brown falcons are slow and heavy fliers, with a flight action described as “often erratic with jinking and side-slipping”. They can fly swiftly in pursuit  of prey, with short, stiff wing beats. 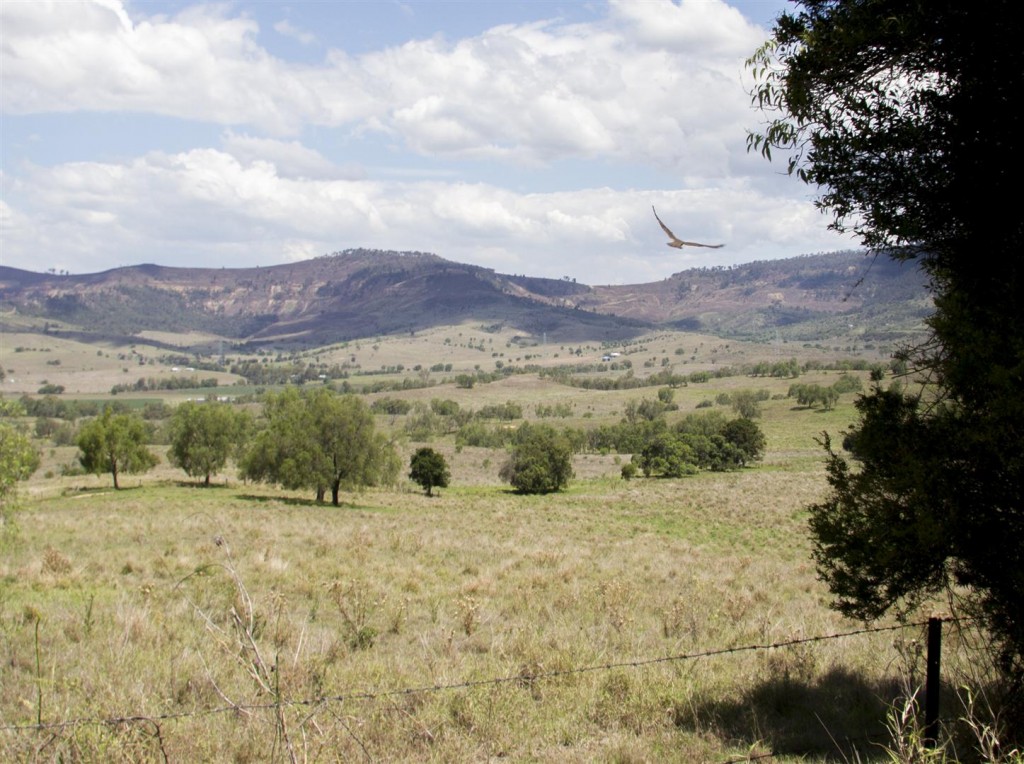 Heading off. Brown Falcons glide on raised wings, and soar with rounded wing-tips upswept. They often give cackling, chattering and screeching calls. 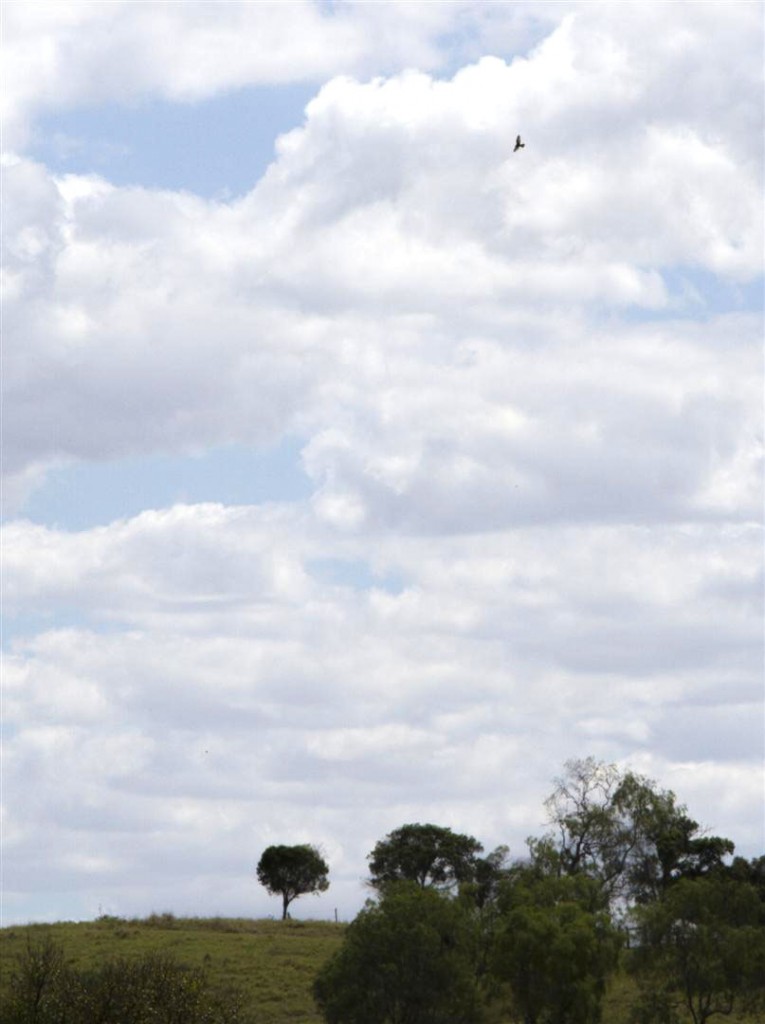 The released falcon gains some altitude. A soaring raptor is a sight to lift the spirits of any naturalist!

Brown falcons are one of my favourite birds, so it was a thrill to see one up close and to witness it winging its way back into the skies.

Postscript: Last week Rod revisited the spot and spied the male and female falcons sitting together  A good news tale!

Trish LeeHong was the founding secretary of the Toowoomba branch of the Wildlife Preservation Society of Queensland  A wildlife carer of over 20 years’ experience, she has a BAppSc in Animal Studies with Honours in echidna research at the University of Queensland.