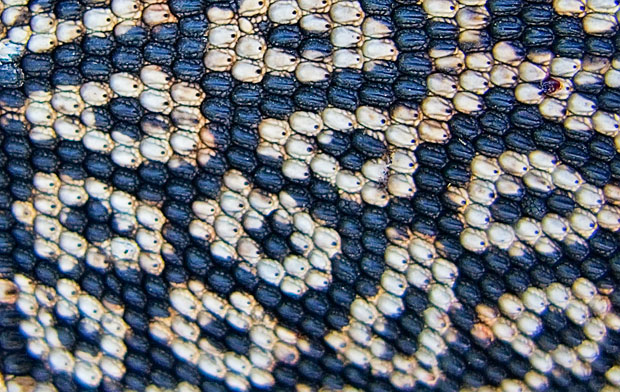 Unlike my herpetologist mates Steve Wilson and Rod Hobson, I’ve spent little time wandering the remote parts of the scrub tracking down rare and elusive members of that wonderful family Varanidae — the monitors or goannas. Unlike those gents, I have never grappled with the elusive green Emerald Monitor (Varanus prasinus) from Moa Island in the Torres Strait, or scruffled about in the sharp spinifex chasing the tiny but beautful Short-tailed Pygmy Monitor (Varanus brevicauda).

One goanna I have been chasing, and trying to photograph live for years (well, at times, not constantly) is the Freckled Monitor (Varanus tristus). With a total length of only 76cm, and a striking pattern of dark-centred circles, it’s a reptile I’ve been hoping to get an image of. So, in typical Ashdown fashion, with both Steve and Rod in the car, I managed to actually run over one and kill it just outside Barakula State Forest. You can imagine how I felt gazing at this stunning, but very dead, reptile while my ever-supportive colleagues bombarded me with a relentless torrent of abuse for my woeful lack of ability to swerve around reptiles without rolling the car. 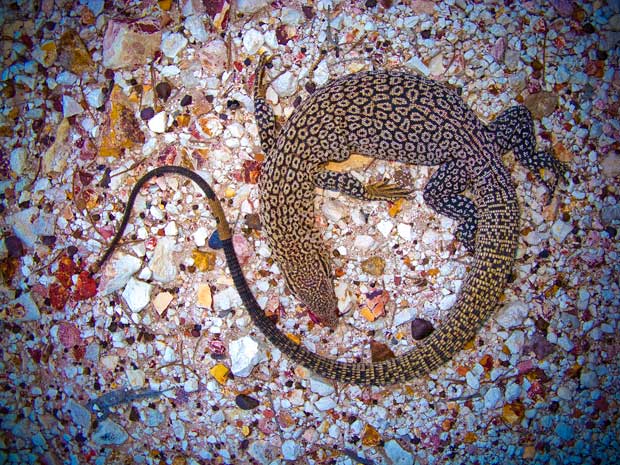 Skip ahead to Isla Gorge National Park this year, on the last stage of a long day’s walk with mates James Hunt, Rob Mancini and son Harry. I’m tired and way behind. Rob calls out, “Ashdown, there’s an interesting goanna here.” Another lace monitor, I think wearily . “Is it big or small?” “Small, and interesting,” comes Rob’s reply. I wander down and am stunned to see a spectacular Freckled Monitor on a tree right next to Rob. “Nobody move!” I shout like some demented bushranger and stagger about trying to haul the camera out of the bag. My luck holds and I finally get some shots of this exquisite reptile — alive and breathing, even better. Thanks heaps, Mancini. 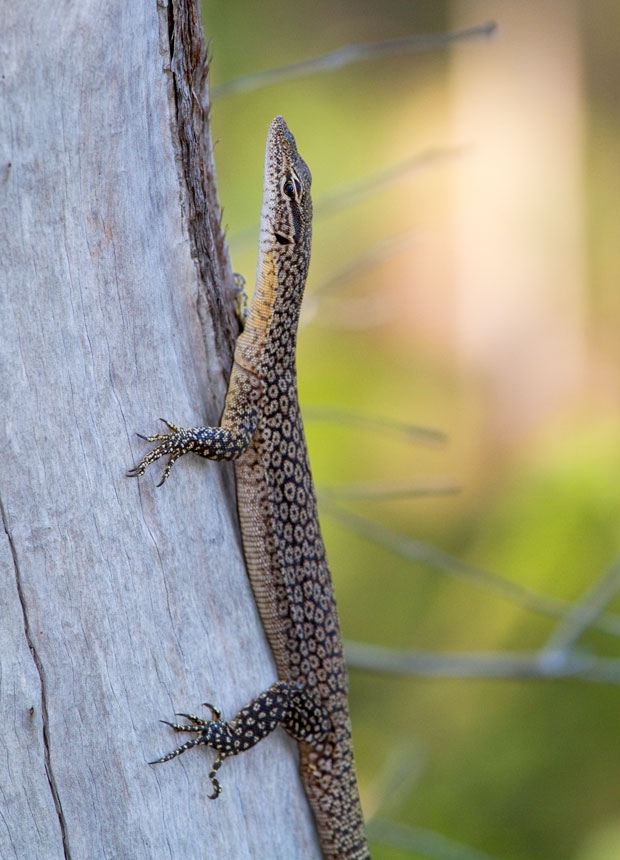 Here are some shots of a couple of other monitors I’ve had the good luck to encounter. How can anyone get enough of these wonderfully intelligent and diverse reptiles? 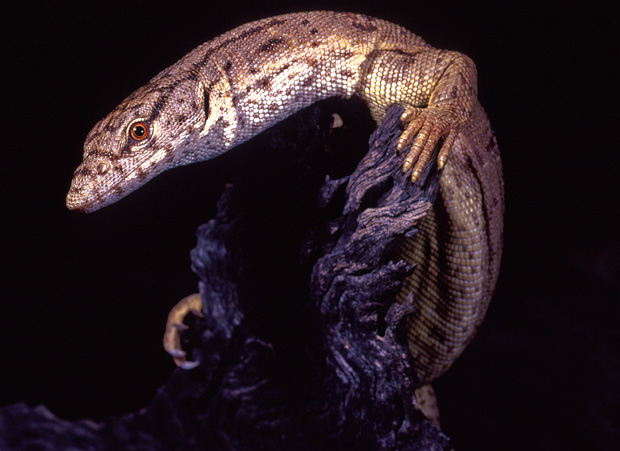 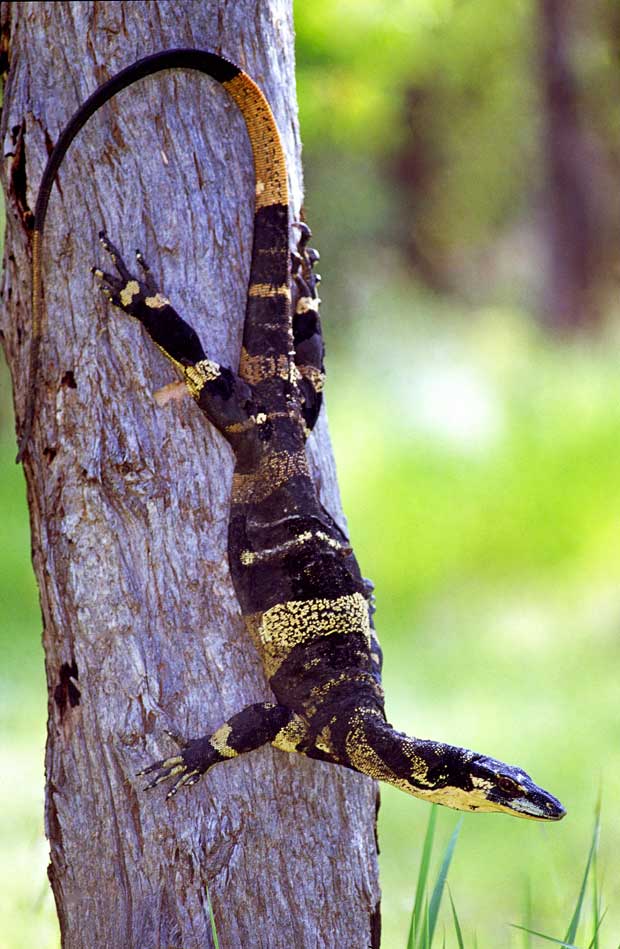 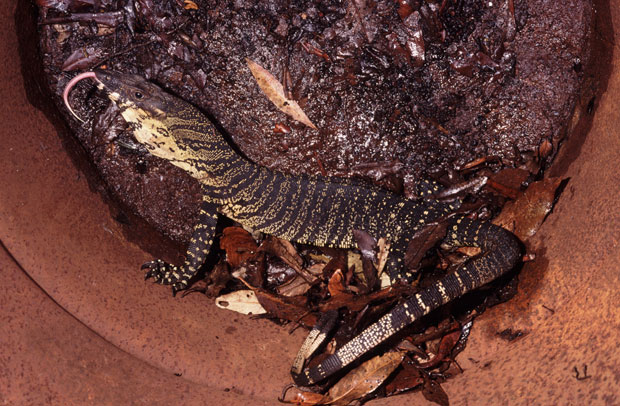 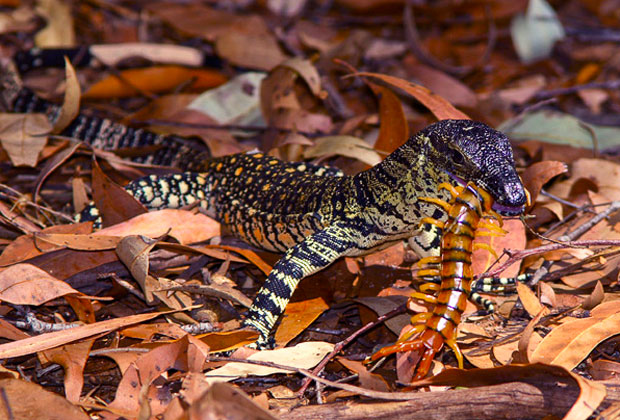 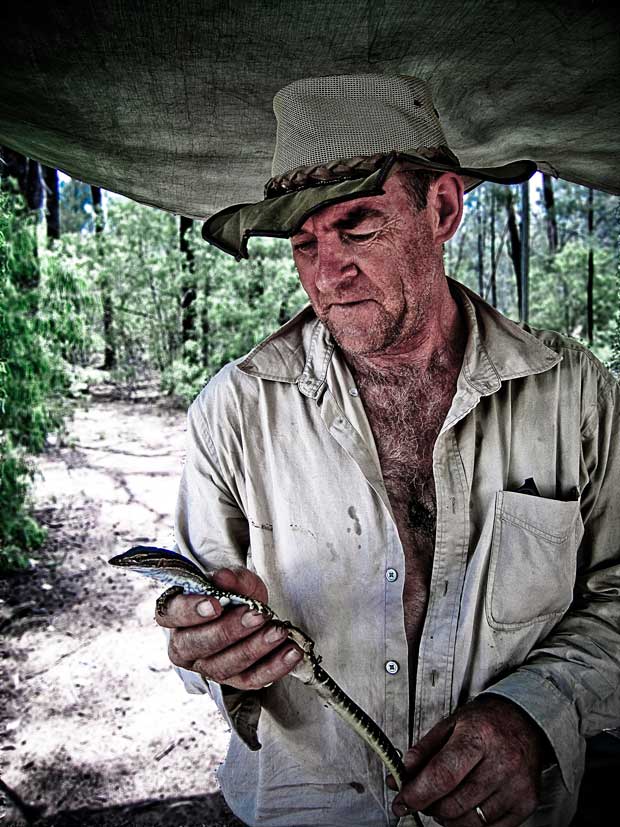 For many great shots of monitors, and other reptiles, check out Steve’s two field guides to Australian reptiles. Available at bookshops and online at Andrew Isles. 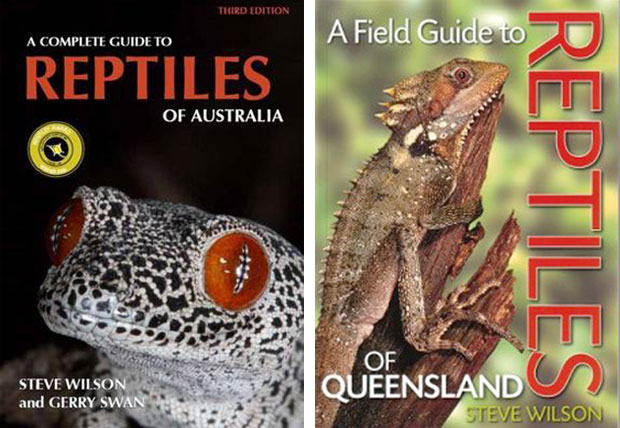