Several of my images, taken at our place in Toowoomba, have accompanied an article by Dr Darryl Jones in the Winter 2013 edition of Wildlife Australia. 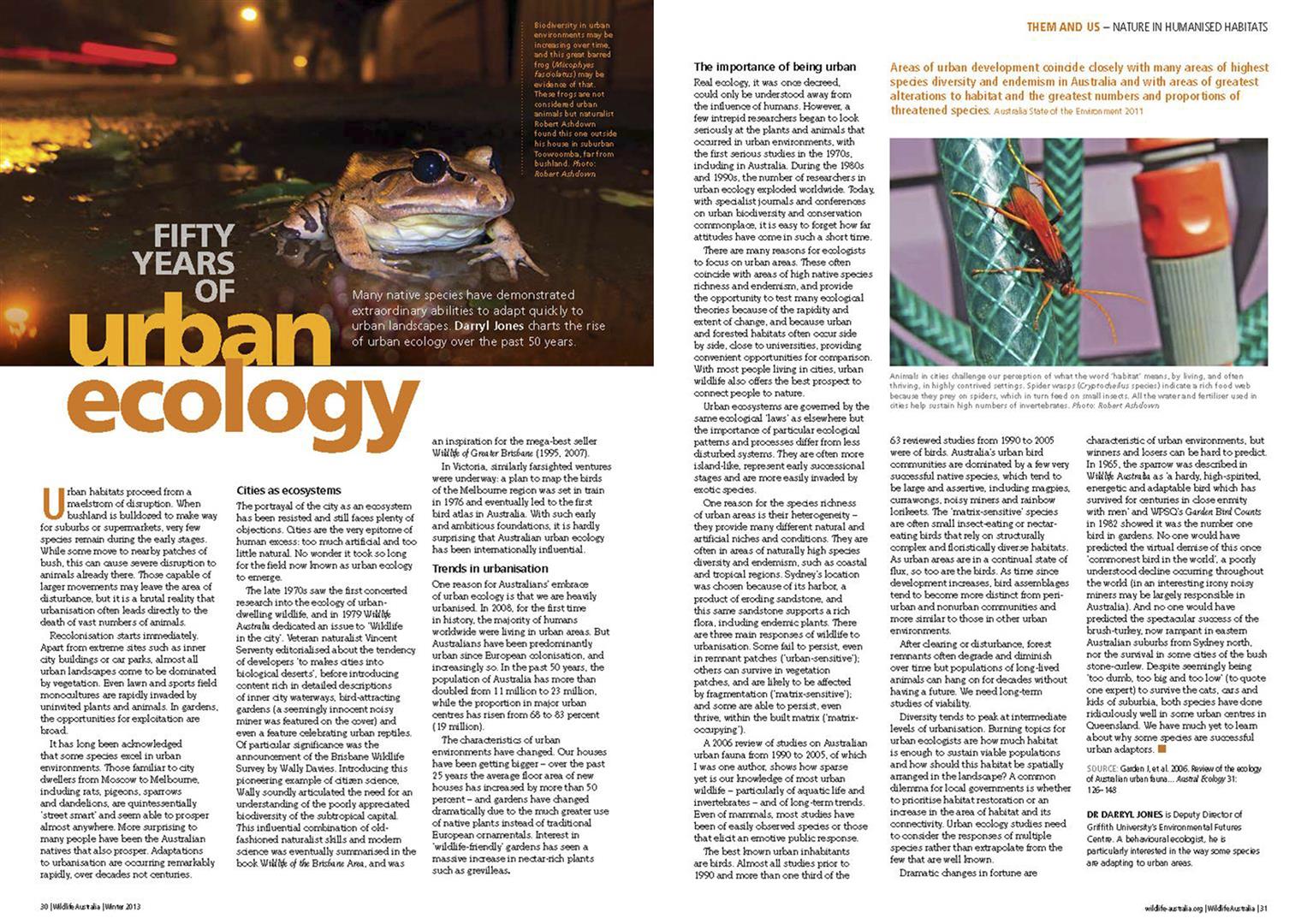 Many native species have demonstrated extraordinary abilities to adapt quickly to urban landscapes, giving rise to the also dynamic discipline of ‘urban ecology’.

The recent rain has been a blessing for frogs. For only the third time in ten years I noticed the call of  Graceful Tree Frogs (Litoria gracilenta) in our suburb. Their long, drawn-out wail preceded the deluge of ex-cyclone Oswald by several days. When I heard that mysterious call I knew we were in for some serious humidity.

This week my son’s friend David and his great dog Sam discovered a strange brown amphibian on our footpath one afternoon. To my surprise it was not a Cane Toad, but a Great Barred Frog (Mixophyes fasciolatus). This was a new species for my backyard list (I’m including the footpath of course). 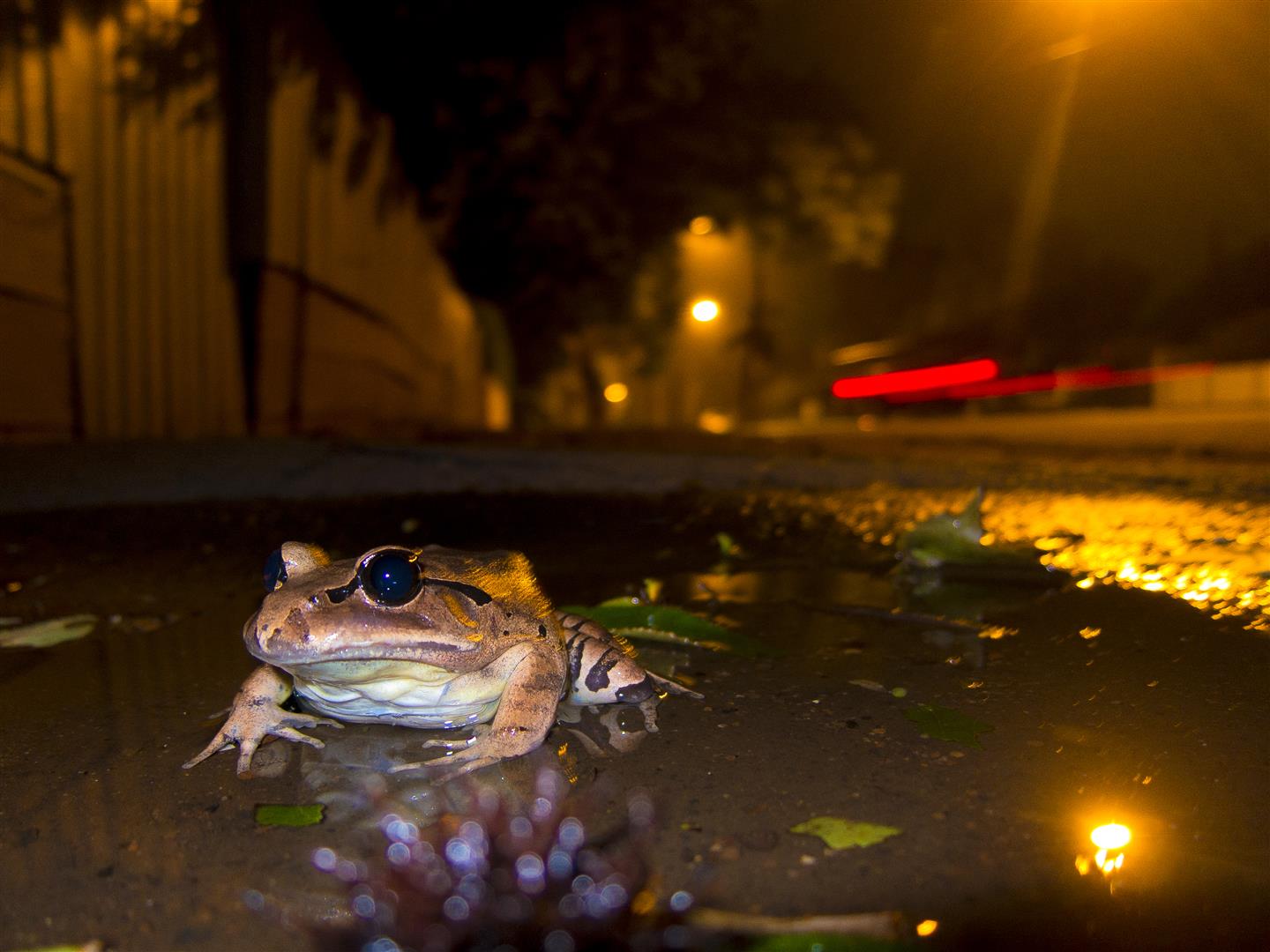 The Great Barred Frog (Mixophyes fasciolatus) discovered by David and Sam on our footpath, Toowoomba. Not all frogs are green with webbed feet. Growing to a length of 8 cm, these spectacular brown frogs have bands and markings across their sides and legs. All photos by Robert Ashdown.

The Great Barred Frog is one of six species of frog in Queensland belonging to the genus Mixophyes. They are usually found along creek lines in, and around, rainforests and wet sclerophyll forests. In  the Toowoomba area I’ve found (or heard) them only at escarpment locations such as Picnic Point and Jubilee Park (but haven’t been looking for them too much). It was a great surprise to have one in our busy street, slightly out of the forest. 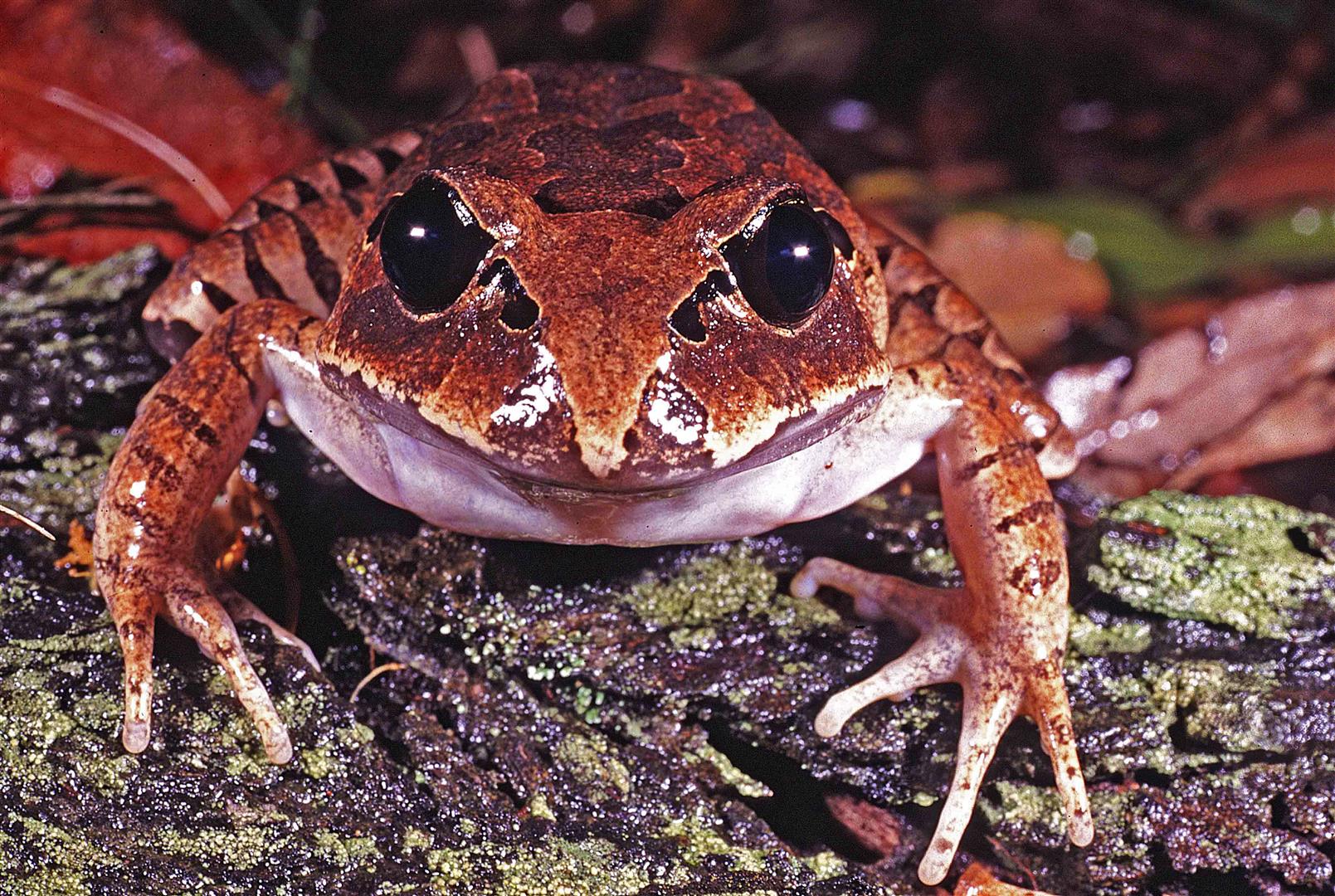 Great Barred Frog, Tingalpa Creek, Burbank (near Brisbane). You can see why they are named ‘barred’. These frogs have a terrific call — a loud ‘wark’ followed by grunting noises. 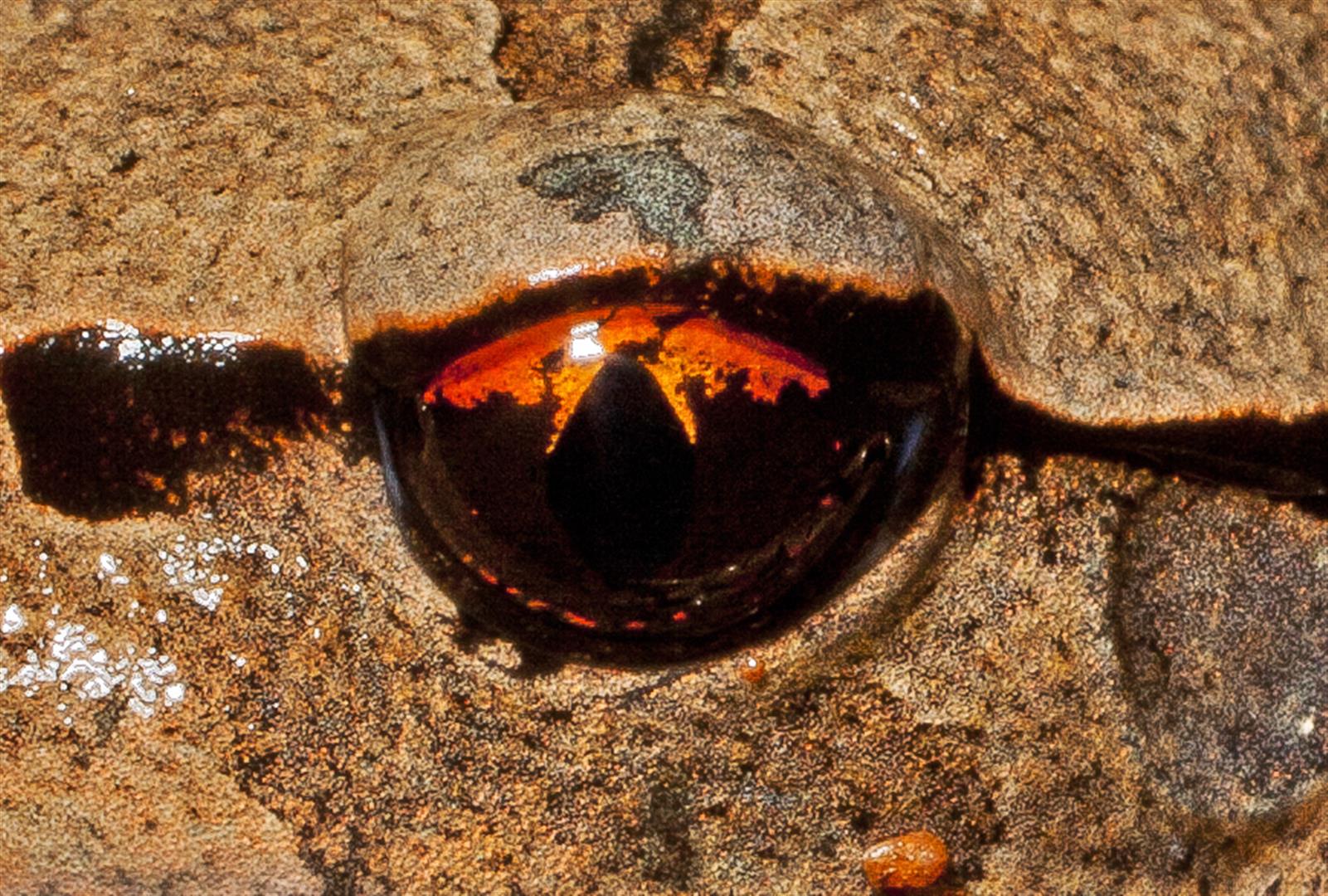 Close-up of  a Great Barred Frog’s eye. All Barred Frogs have large, dark, mysterious eyes, sometimes with silver, blue or gold in the iris. I remember the wonderful herpetologist Glen Ingram, while fired with enthusiasm at a public talk on frogs, declare that “Love is in the eyes of a Mixophyes.” When I took a close look at one, I had an idea what he meant. I have not kissed one though. 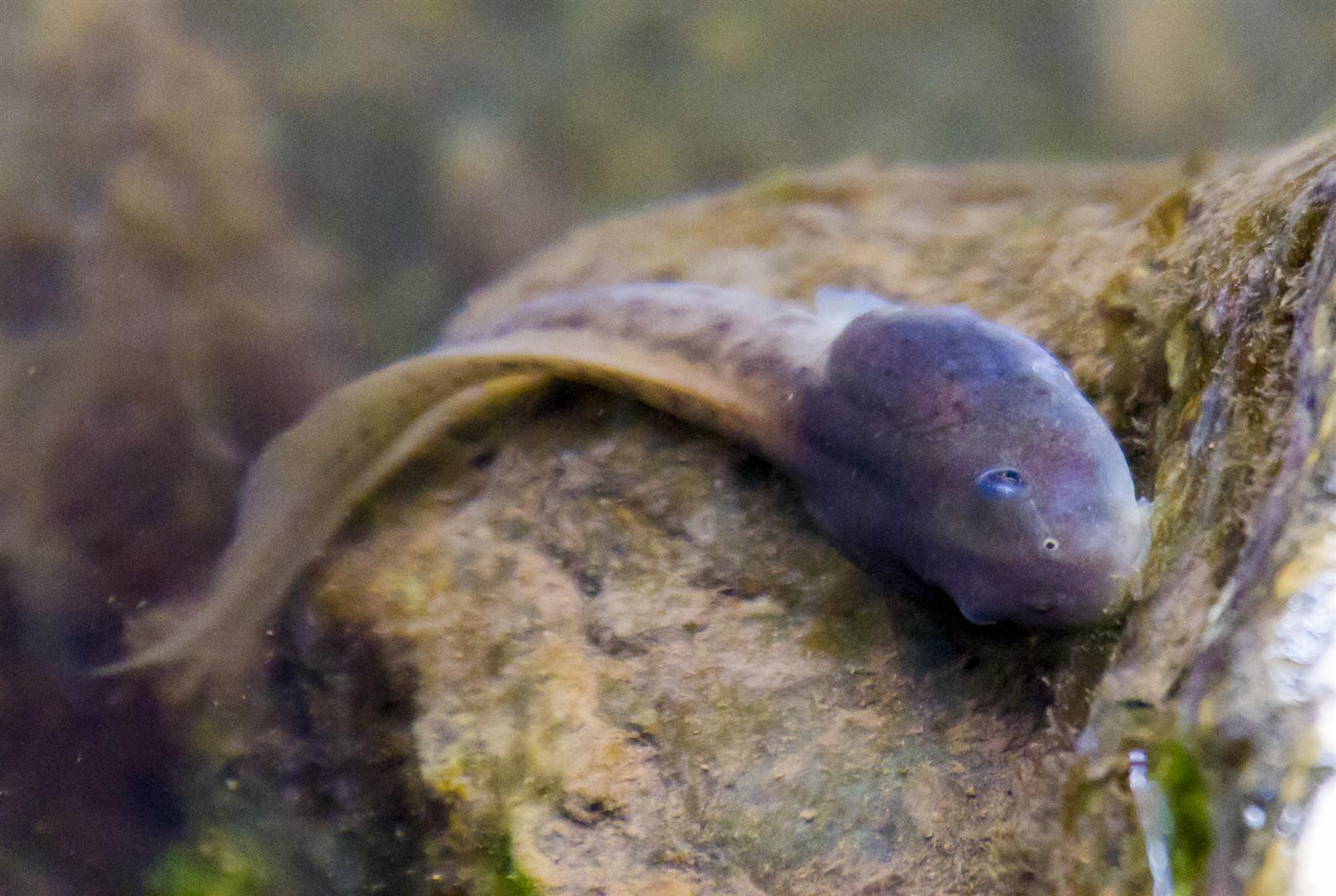 Great Barred Frog tadpoles are huge, sometimes growing to a length of 12 cm (including tail). They are strong swimmers.

I’ve only photographed three of Queensland’s six species of Barred Frog. The Giant Barred Frog (Mixophesy iteratus) is a spectacular amphibian, but one also sadly classified as endangered. 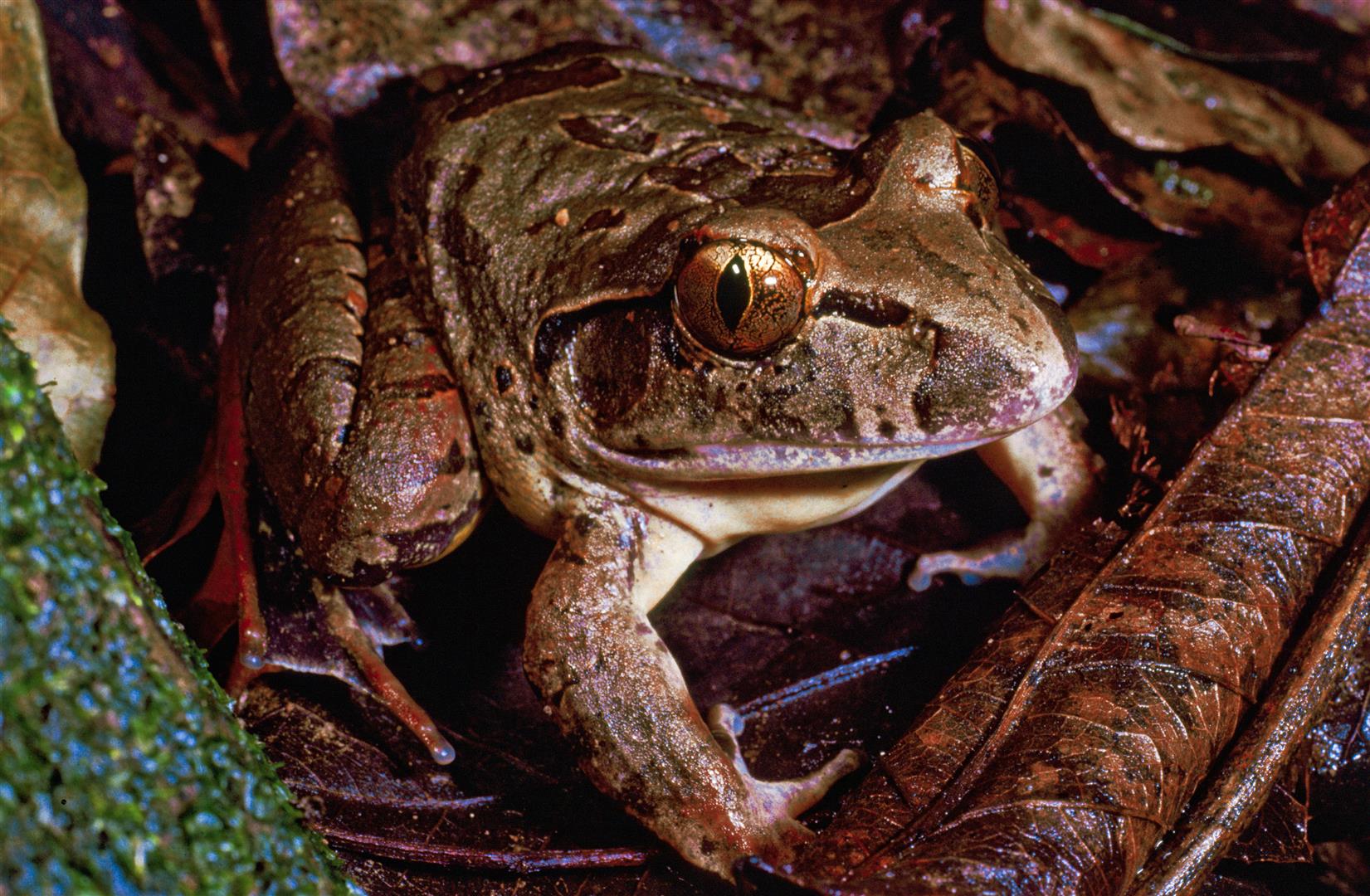 The Giant Barred Frog is just that — giant and barred. Its iris is a striking gold colour. Giant Barred Frogs, also endangered, are found in rainforest and wet sclerophyll forest, along riparian zones. 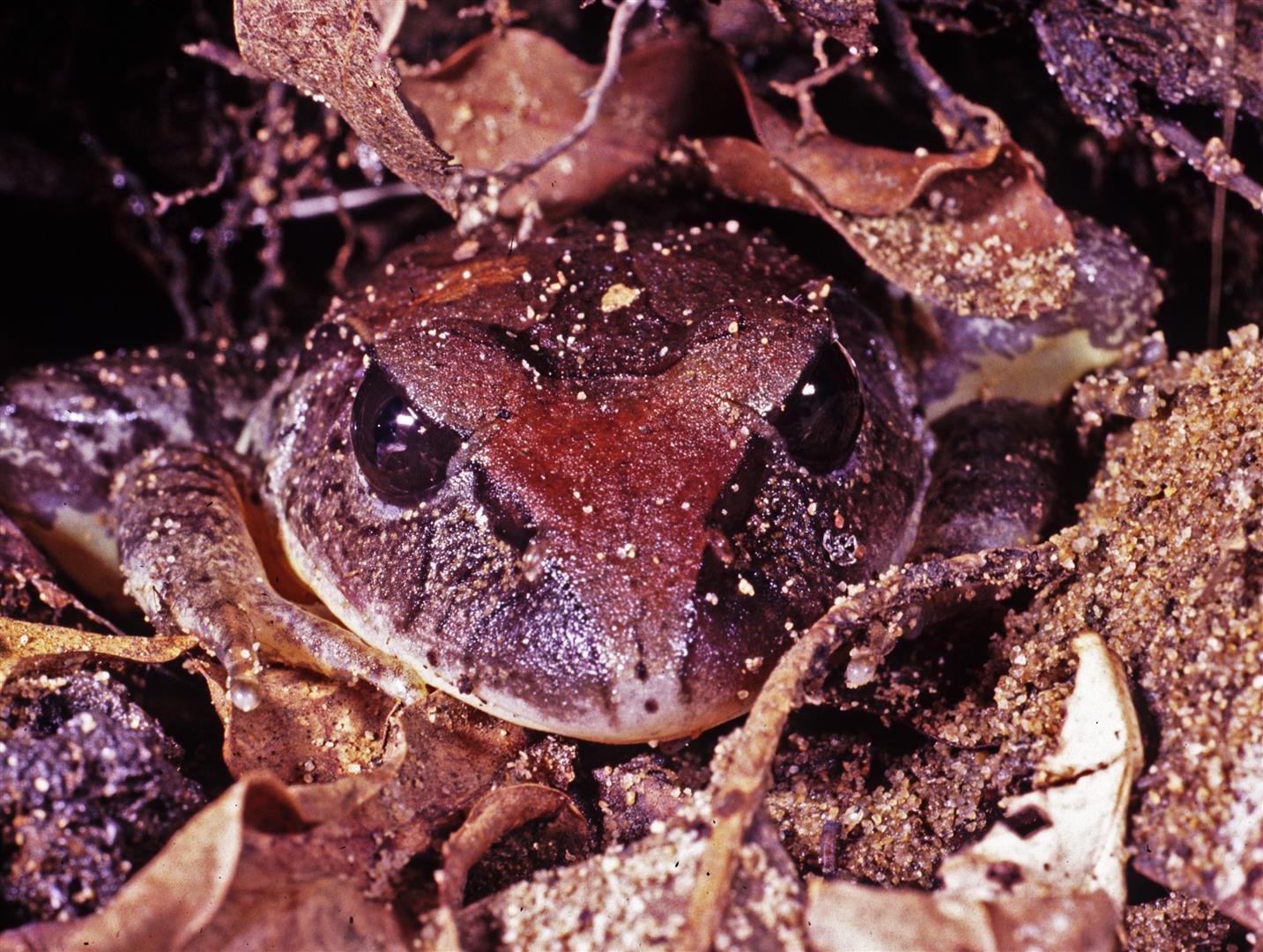 A Giant Barred Frog shows how well its marked and striped body merges with the leaf litter. All Barred Frogs are ground dwellers, without webbed toes. The call of the Giant Barred Frog has been described by herpetologist Eric Vanderduys as a “low, often soft ‘ork’, somewhat relaxed.” 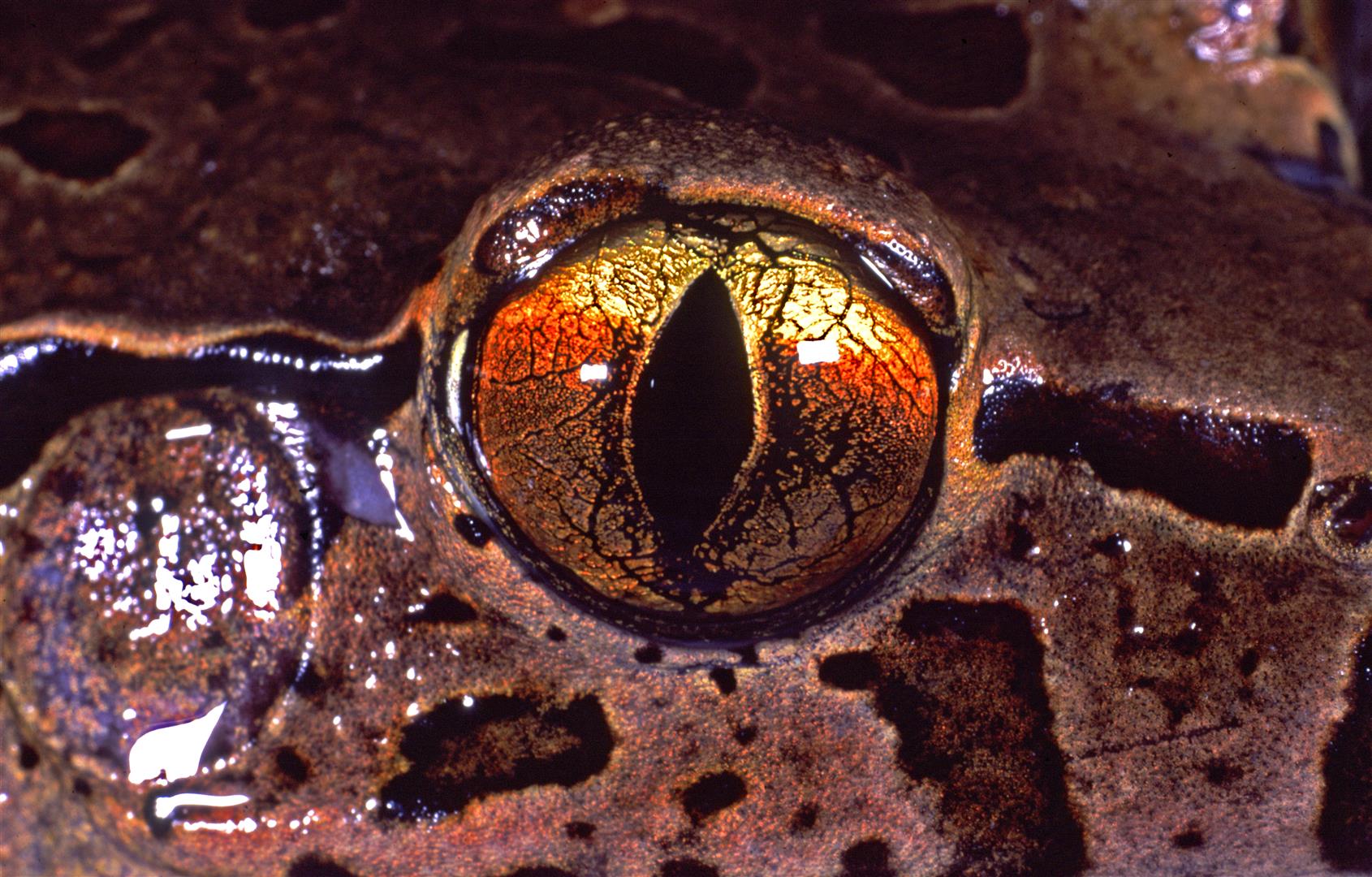 The Evil Eye of Sauron … I must return his ring … no, hang on, it’s a Giant Barred Frog. The frog’s tympanic membrane — an ‘external ear’ — can be seen adjacent to the eye.

The Fleay’s Barred Frog (Mixophyes fleayi) is also classified as endangered. They are found only in mountainous rainforest and adjacent wet sclerophyll forest. 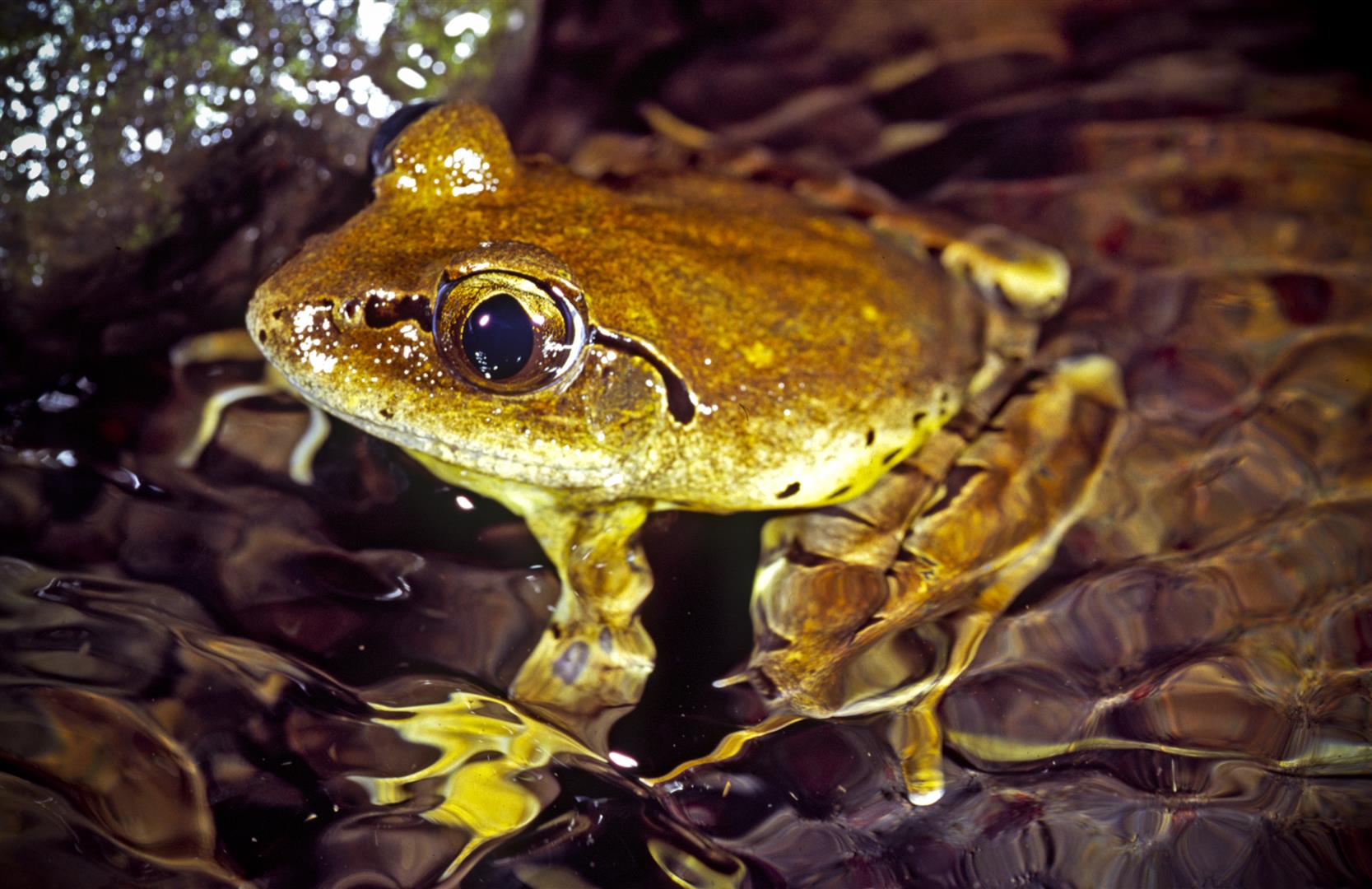 The endangered Fleay’s Barred Frog has an upper iris coloured pale blue, golden brown or silver. They have huge and powerful back legs. Their call is a stuttered ‘r-r-r-r-rork’.