We tend to think of our national parks as large, wild places. And so they should remain. However, there are smaller parks, full of charm, that hold some great stories. The Palms National Park is one such place. 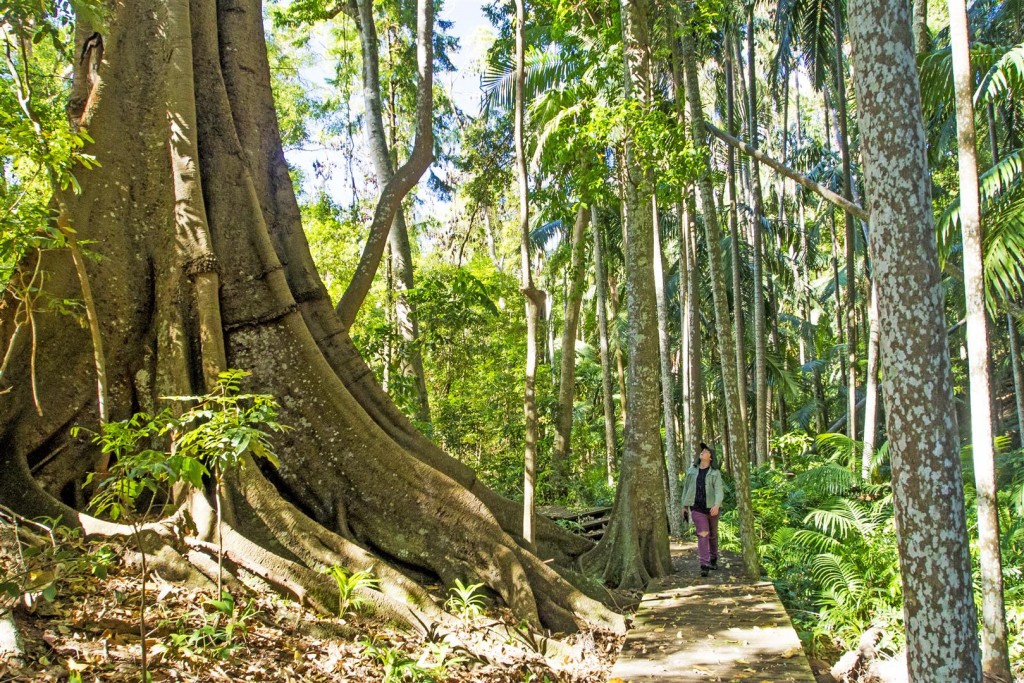 An enormous Moreton Bay Fig (Ficus macrophylla) began its life here at least 500 years ago as a seedling high up on another tree. As it grew, the fig’s long cable-like roots descended to the forest floor and gradually enclosed its host tree, restricting its sap flow. The fig’s large canopy also blocked out essential sunlight from the host tree, which slowly died. Today this immense fig dominates this section of the forest and provides habitat for a variety of animals. Photo R. Ashdown.

The Palms, near Cooyar to the north of Toowoomba, is small in size but big in character. Situated at the headwaters of the Brisbane River, The Palms conserves a small remnant of palm-filled subtropical rainforest and vine forest in a spring-fed gully. At just 73 hectares, this is one of the smallest national parks in Australia. However, it’s also home to one of the most diverse ranges of flora and fauna. 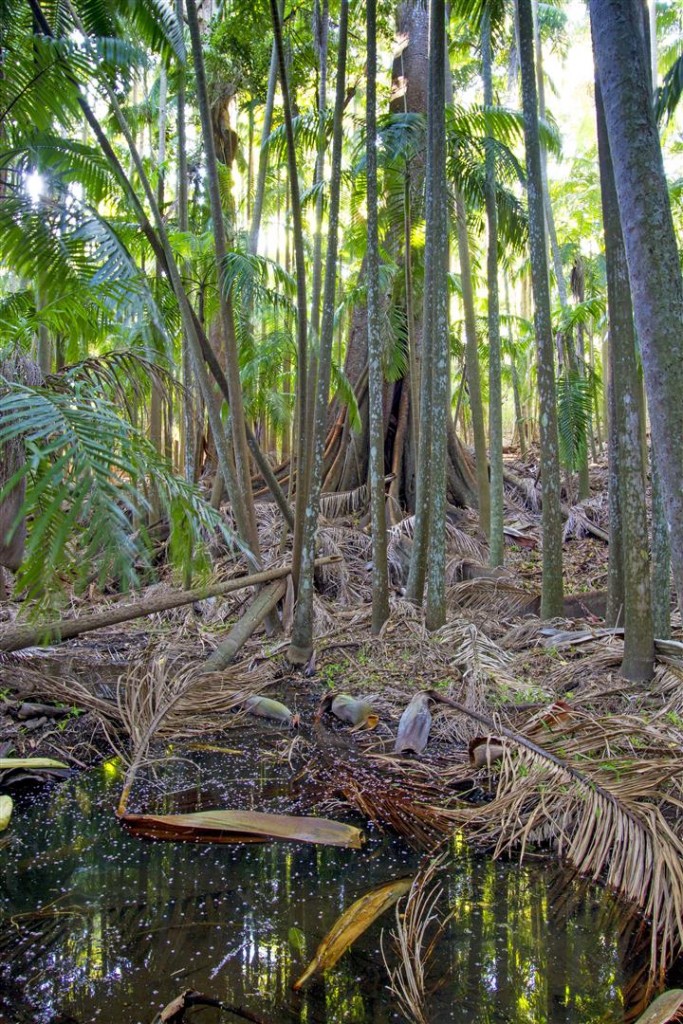 This is an area that has seen many changes. Indigenous Australian people camped and hunted in this area for thousands of years, and many may have also passed through on their way to the bunya nut festivals at the Bunya Mountains. Timber-getters arrived in the district to utilise the rich forests, and eventually much of the surrounding countryside was cleared. The forests were replaced with crops and grazing. So why does this patch of original scrub remain? 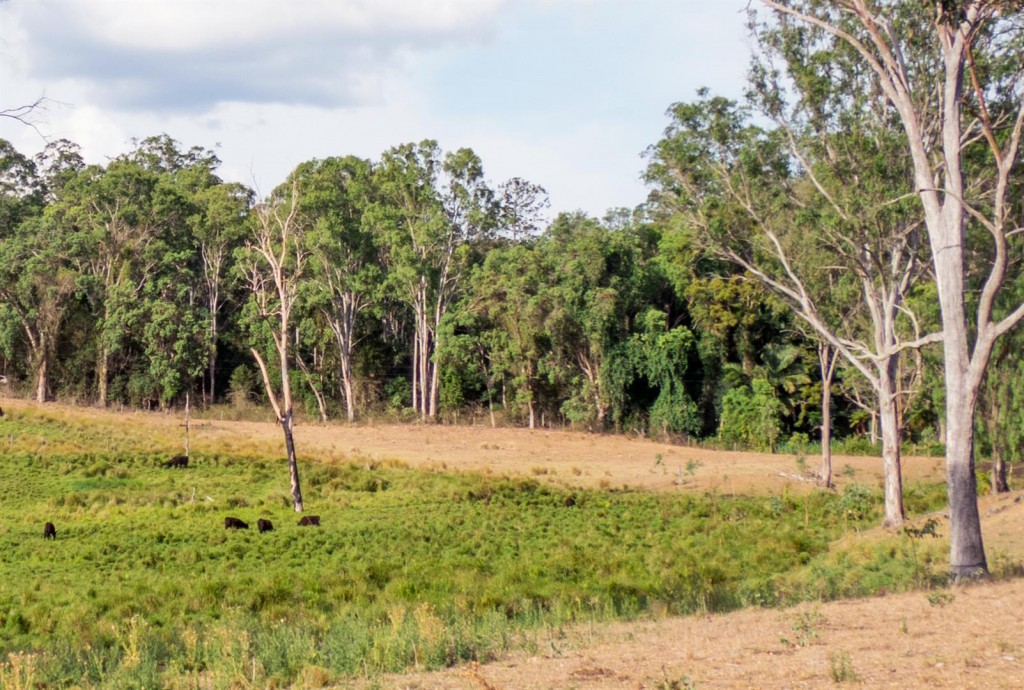 Enter Charles Henry Boldery. Born in Maryborough in 1890, Charles’ father and brothers owned properties and businesses in the Blackbutt, Yarraman and Cooyar districts. In 1921 Charles purchased a block of land consisting of 318.5 acres, about ten kilometres north-east of Cooyar. Charles lived on this land with his wife Emily (nee Christiansen) and their young children, and made a living by harvesting and selling the land’s timber. 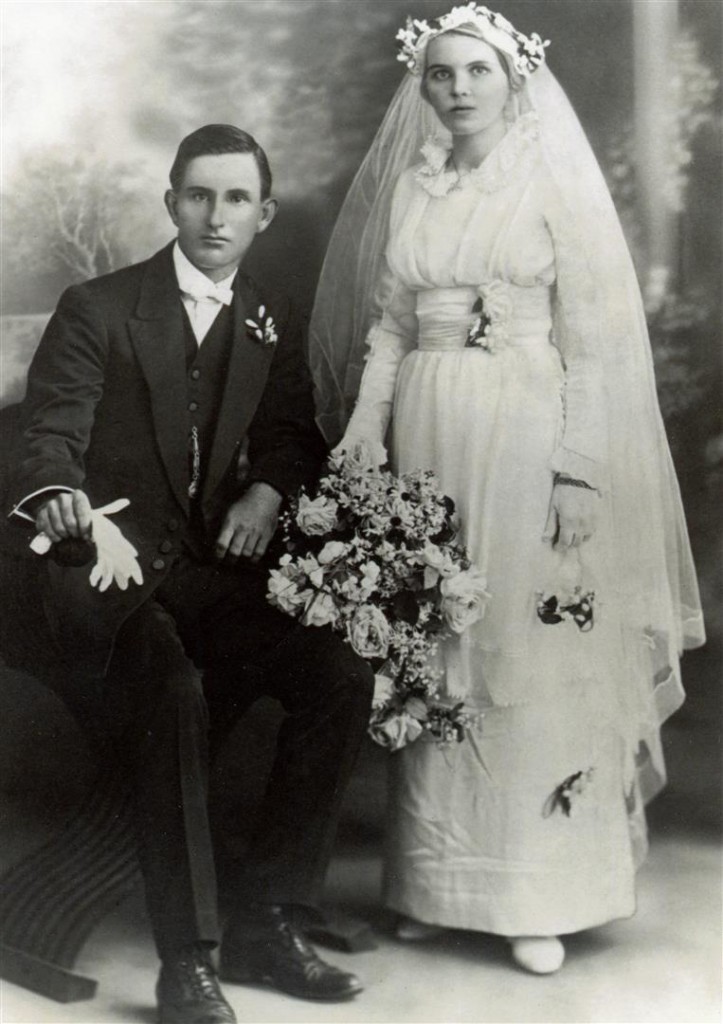 In 1927 Charles donated just over five acres of his property to the former Rosalie Shire Council. Charles wanted the site to be protected so that people would always be able to visit it and appreciate its natural beauty. This day-use area became known as Boldery Park, and the location became a popular spot for visitors. Charles lived in Brisbane from the 1960s onwards, where he eventually passed away in 1975. 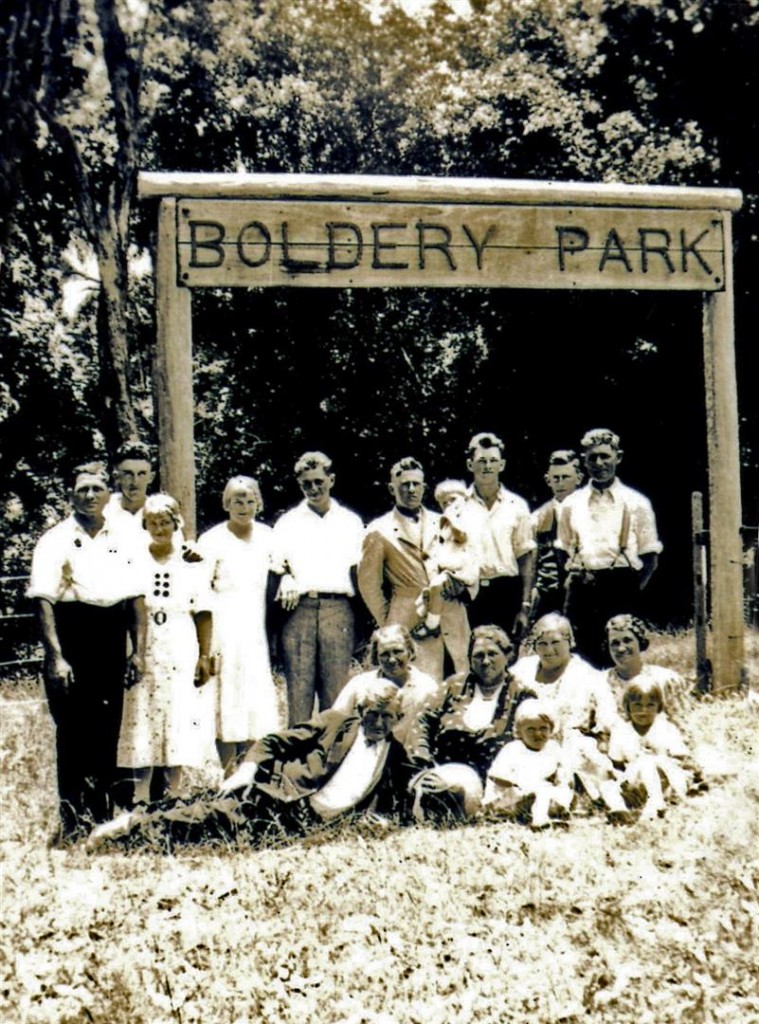 Families enjoying a day out at Boldery Park in the 1930s. Photo courtesy Boldery Family.

In 2014, the Queensland Parks and Wildlife Service responded to a request by Charles Boldery’s grandson David Matthews to somehow formally recognise and remember the generosity and forward-thinking action of his grandfather. David assisted QPWS ranger Bryan Phillips-Petersen in creating some new interpretive signs for the park by providing historic photographs and information. The signs were launched this year by Member for Nanango Deb Frecklington. A bunch of Charles’ descendants were there to celebrate the park and to remember Charles. 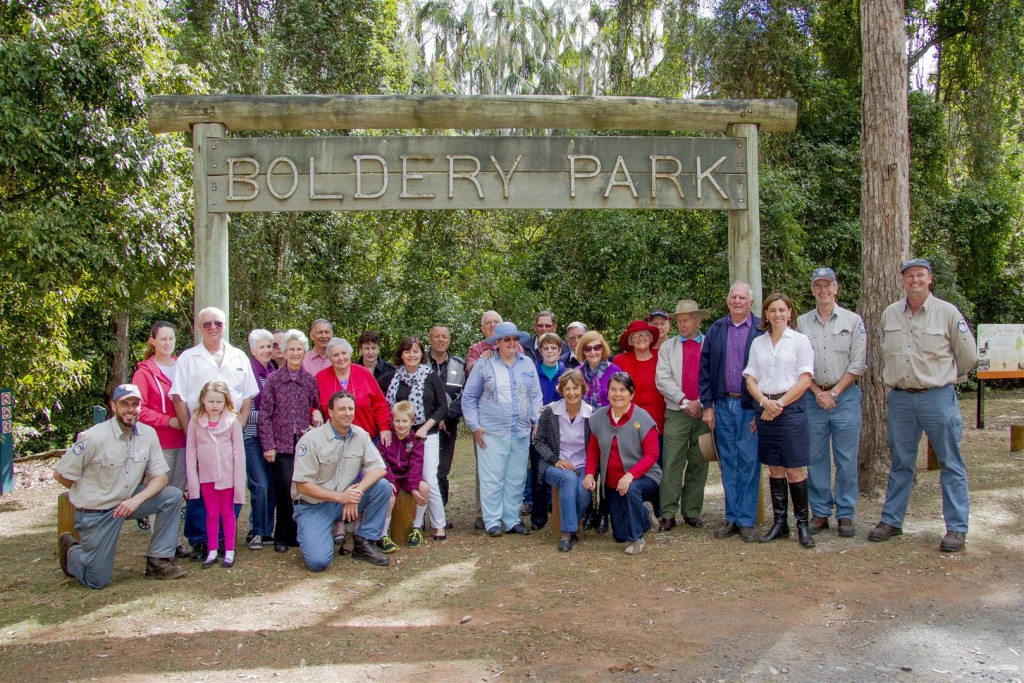 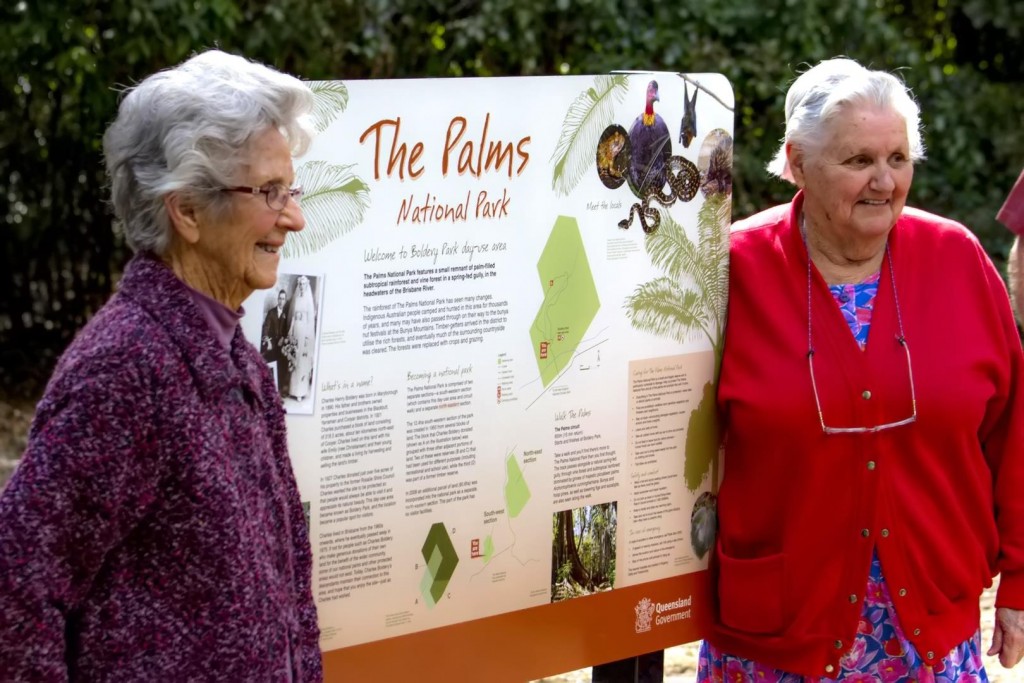 Fay Donald, 89, travelled from Brisbane with sister Shirley Green, 88, for the celebration; both women are the daughters of Charles Boldery. Photo R. Ashdown.

Every time I visit this small park I discover something new. After everyone had left the celebratory barbeque, I walked the track with some rangers. We froze to watch a Noisy Pitta, one of the most beautiful and elusive of rainforest birds,  running down the middle of the walking track. I was reminded that even the smallest patch of Australian scrub can be a valuable refuge to our native plants and animals, as well as a place that rejuvenates and enthralls the visitor. I tip my hat to Charles while I’m there and nod a thankyou for his thoughtful act.

A gallery of images from The Palms (Click on a thumbnail for larger view).

All photos by Robert Ashdown.

Thanks to Bryan Phillips-Petersen, David Matthews and Lise Pedersen.